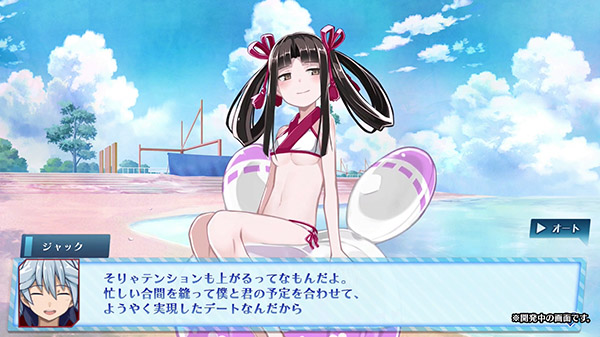 A magical extra edition that will bewitch you with its “lovey-dovey swimsuit dates with the girls.”

The scorching heat of the summer rained down upon the young Jack.

Although somewhat exhausted from the heat he has never before experienced, Jack’s footsteps were light and somewhat cheerful.

“Today, I’m going to go to the beach with ‘the girl’ who’s now my girlfriend!”

The shining and radiant ocean. A story as bright as the sea is about to begin.

This is the story of Jack, who enjoys slapstick swimsuit dates where things don’t go exactly as expected, and a lot quite out of harmony themselves.

And after is the strange sequel story, that does not hold back with its tendencies, triggered by a certain event.