Meet the youngest sister of the Execution Girls. 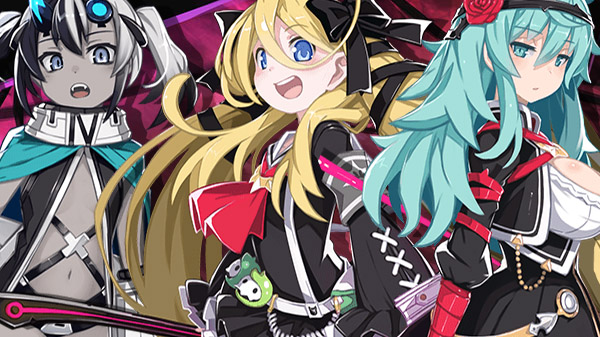 Compile Heart has updated the official website for 3D dungeon RPG Mary Skelter Finale with details on characters Shira, Rapunzel, and Sleeping Beauty, as well as the basics of the battle system. 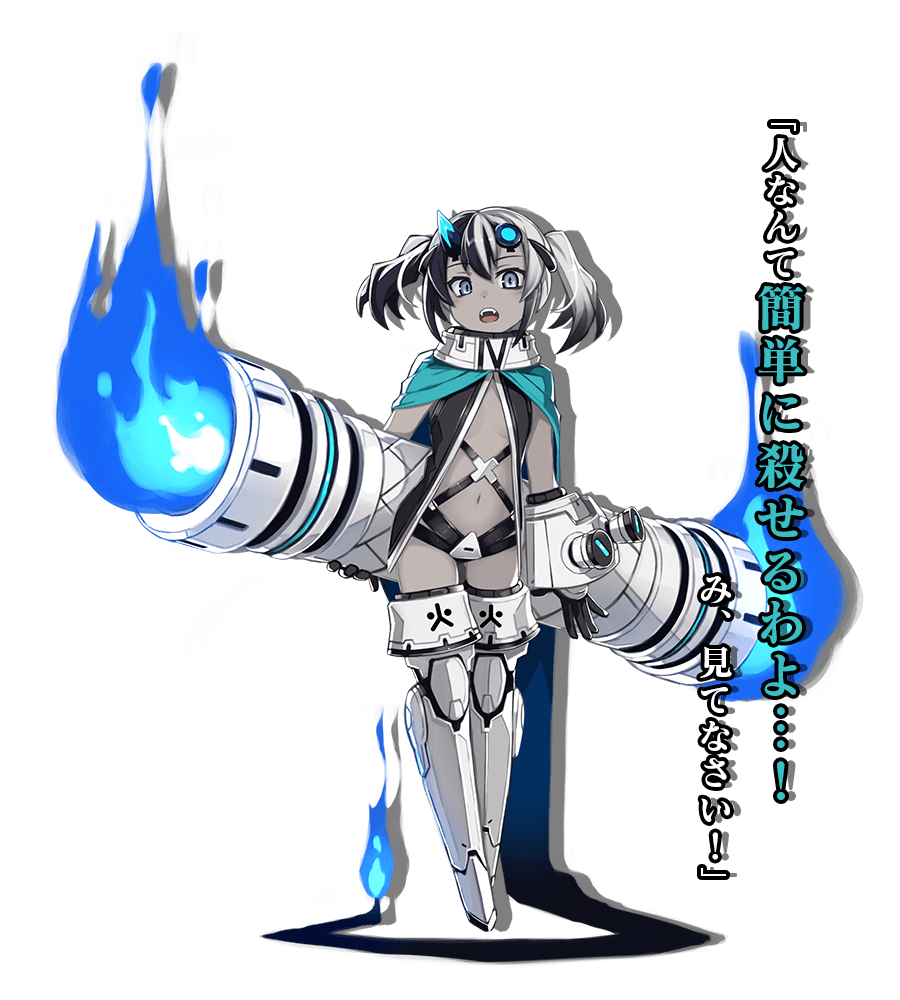 The youngest sister of the Execution Girls that overrun the surface.

She is selfish, bratty, and tries to acts tough around anyone she encounters.

While her official name is “Hiaburi Hashira” (Scorched Pillar), she goes by the nickname “Shira.”

Although a member of the Execution Girls, she is hesitant to hurt her opponents, and is reprimanded and looked down upon by the other Execution Girls.

Just as she is thinking she will prove the other Execution Girls wrong, she comes across a passed out Rapunzel and attempts to kill her… 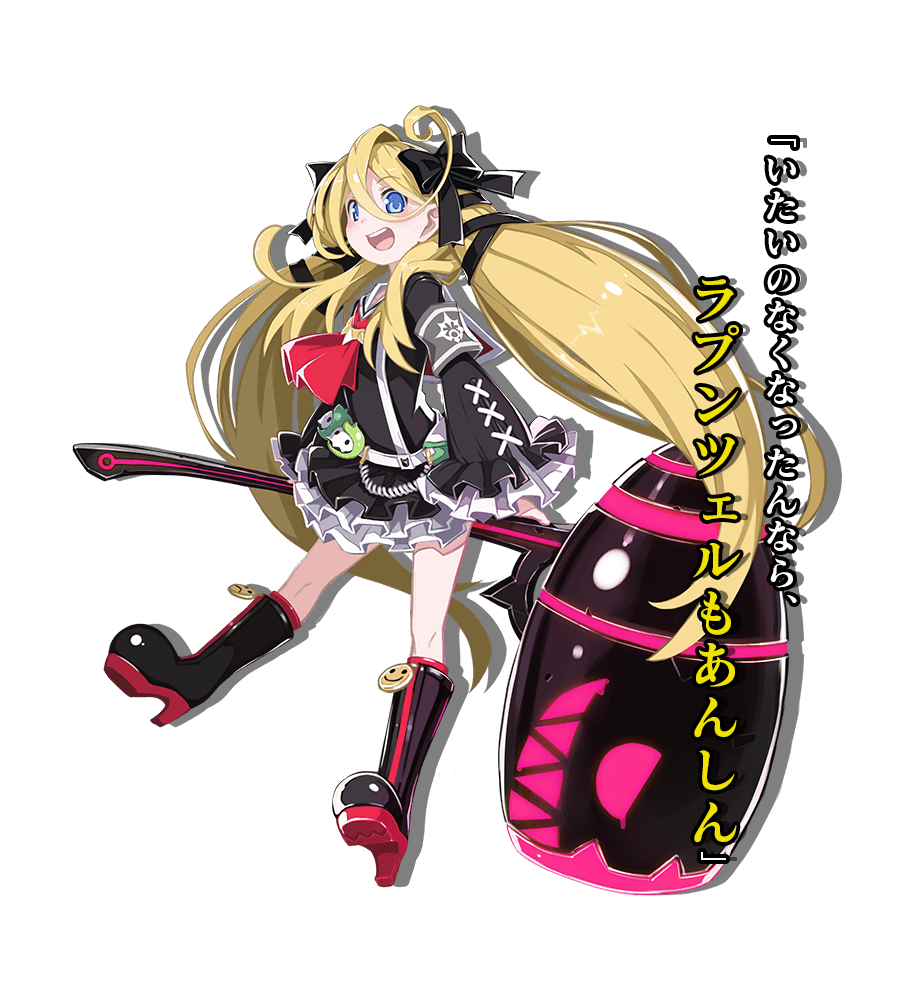 Thanks to Jack and the others, she is learning about human society little by little, but many of her actions still lack common sense.

Be that as it may, she has begun to cherish her friends and no longer considers them as food in case of an emergency.

After everyone is scattered by the onslaught of the Execution Girls, she passes out somewhere… 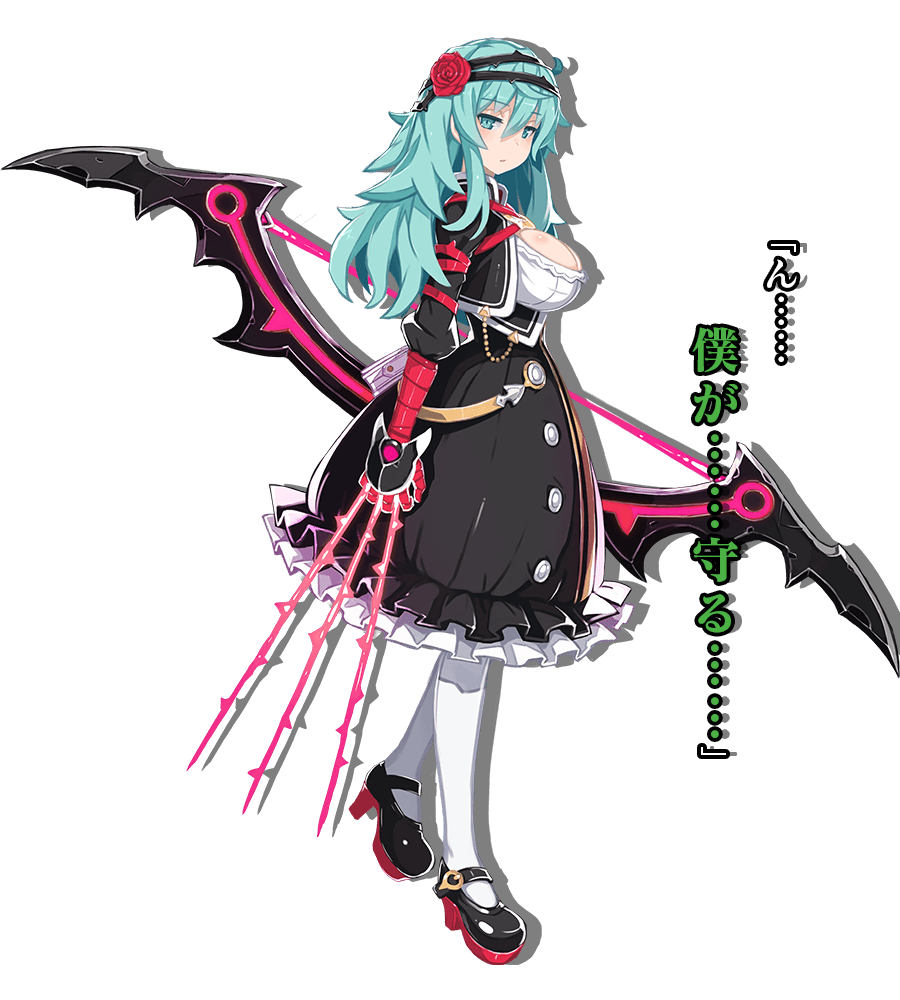 The youngest of three sisters (Thumbelina and Snow White being her older sisters), she is quiet and not very expressive.

Although elusive and not very talkative, she is more open-minded and considerate of others than anyone.

Although worried about being separated from her sisters by the onslaught of the Execution Girls, she wants to protect Rapunzel and the others like they are her own little sisters.

Overcome the fury and bloodbath of battles!

The battle party is comprised of the protagonist and five other members. Turn order is based on the speed of characters and enemies. Using attacks that strike at enemy weaknesses, and doing Overkill finishes will draw enemy blood that can splatter on to the area and characters. This blood will become key to winning battles!

Battle scenes have also been renewed.

Use the madness of Massacre mode, Blood Skelter mode, and Lick to turn the tides of battle!

In Massacre mode, the girl’s form and speech change. Latent powers are awakened, and their stats all take a boost! They also gain access to powerful Massacre skills!

During battle, the Blood Maidens may lose mental stability. Corruption is accumulated upon receiving massive damage, when someone is KO’d, and more.

If a Blood Maiden’s Corruption gauge is filled and she continues to be exposed to blood, she will enter a deeper state of madness called Blood Skelter mode.

Once in this state, the player will lose control of the Blood Maiden. The Blood Maiden will start attacking everyone, enemies and allies. Whether you see their transformation as a benefit or a bane is up to you! In order to bring them out of their Blood Skelter state, you will need to use the protagonist’s special Purge command.

By “licking” off the blood splatter of a party member, you can activate recovery- and buff-based Blood Soul Skills to turn the tides of battle!

However, the blood splatter will be removed from that character and they will move further away from Massacre mode…

Depending on the character you lick, the effect of the Blood Soul Skill will change.

Choose a character to lick based on the situation and gain the upper hand in battle!

Mary Skelter Finale is due out for PlayStation 4 and Switch on August 27 in Japan. Read more about the game here, here, and here.