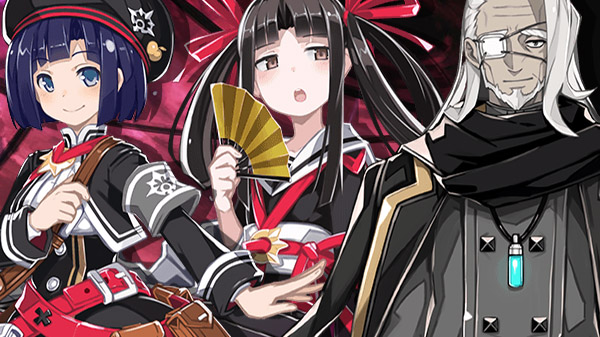 The honest and kind middle child among three sisters.

She has grown intellectually since breaking out of the underground prison, but is still as scatterbrained as ever.

After everyone is scattered by the onslaught of the Execution Girls, she sets off with Kaguya and Zyu in search of her sisters and the others.

A girl who wears a kimono and has a calm aura. Still as much of a shut-in as ever, she hates physical activity.

However, due to the bonds she formed with her friends in breaking out of the underground prison, she has become kind enough to lend an ear to various things.

Thanks to that, combined with her naturally easygoing personality, she can see everything with clever eyes.

She continues to ride “Bamboo 1,” her special vehicle that floats via her Blood Ability.

After everyone is scattered by the onslaught of the Execution Girls, she links up with Zyu and Snow White.

An old man who appears out of nowhere.