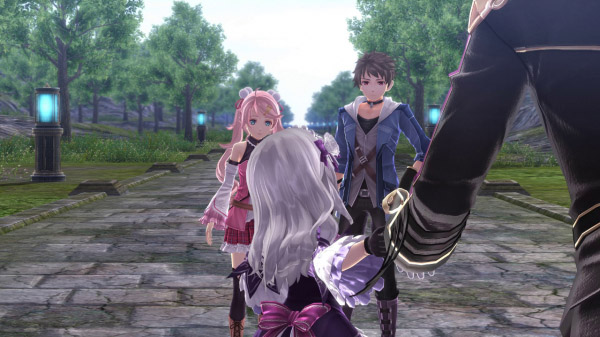 Here are they key tidbits:

—Are there any plans to remake The Legend of Heroes: Trails in the Sky, Zero no Kiseki, or Ao no Kiseki in the Hajimari no Kiseki engine?

Kondo: “Hajimari no Kiseki will be our last title that uses the Trails of Cold Steel game engine (the Sony-made PhyreEngine). The next Trails will use a new engine. The new game engine [developed internally by Falcom] has far superior visual performance than the previous one. There is a possibility we will remake previous titles in the future, and I would like to use the new engine if we do.

—Are there any plans to release more spin-off titles like Ys vs. Trails in the Sky or Nayuta no Kiseki?

Kondo: “We have received requests for spin-off titles like Ys vs. Trails in the Sky from players for some time now, but we’re currently in the process of moving over to a new engine, which hasn’t really given us the flexibility to make other titles. We can consider it after the next Trails is complete and the new engine is stable. If the staff is willing and the player demand is there when the time comes, then we can start working on something.”

—Are there any plans to release The Legend of Heroes: Hajimari no Kiseki on other platforms such as Switch or Steam?

Kondo: “It is only being developed for PlayStation 4, there are no plans at the moment to release on other platforms. Hopefully there will be an opportunity in the future.”

—In an interview early this year, you said you were preparing for PS5 game development and hope to release a screenshot of the new game engine within a year. Is there anything more you can say about your next game and new engine?

Kondo: “There is actually scene in Hajimari no Kiseki that was made with the new engine, so I hope you can find it.”