Mini-game "Who Wants to Be a Mirannaire?" returns.

Falcom has shared new information and screenshots for The Legend of Heroes: Hajimari no Kiseki, the latest entry in its Trails series, detailing characters Alisa Reinford, Laura S. Arseid, Elliot Craig, Jusis Albarea, Machias Regnitz, Elise Schwarzer, and Alfin Reise Arnor, as well as the mini-game “Who Wants to Be a Mirannaire? Beryl Edition” and two more character episodes.

■ Characters: Round of Seven

“I’ll be sure to set matters right. As an RF official, and above all as the daughter of Franz Reinford.” 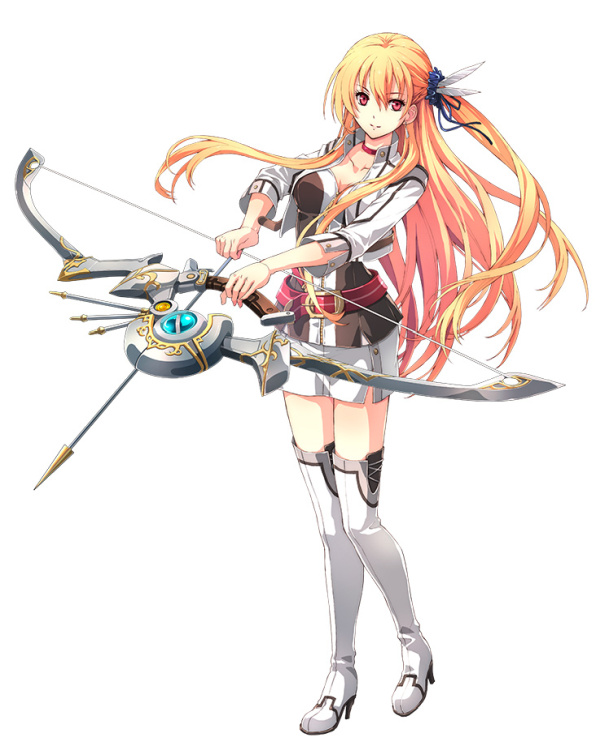 A member of the old “Class VII” and heiress to the Reinford Group, the largest heavy industry corporation in the Empire.

With the appearance of the Gnomes during the “Great Twilight,” she found herself opposing both her mother and maid Sharon, but regained them through her willpower. She also had a miraculous encounter with her deceased father, Franz.

She is currently working hard as head of the Reinford Group’s 4th Development Division, as well as dealing with the aftermath of Crossbell’s re-independence, such as the process of dismantling of Tangram Fortress.

She is also building a deeper friendship with Elie of the “Special Support Section,” who she got to know through incidents in the Empire and Crossbell. 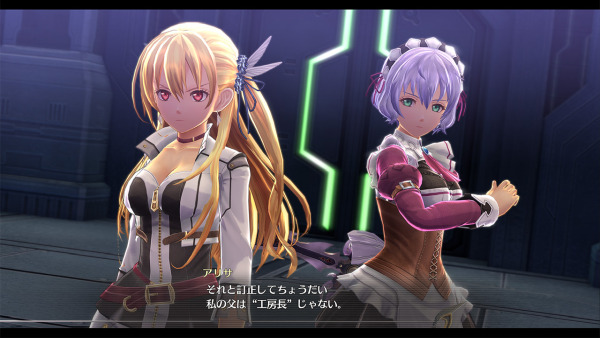 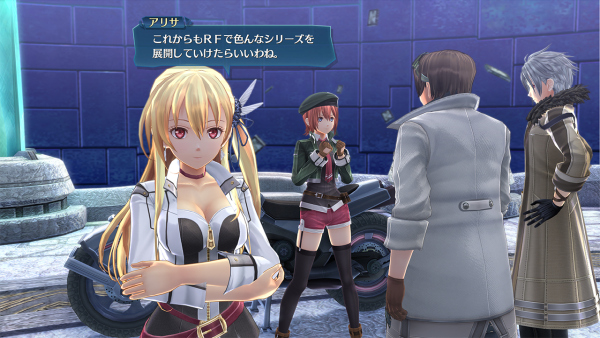 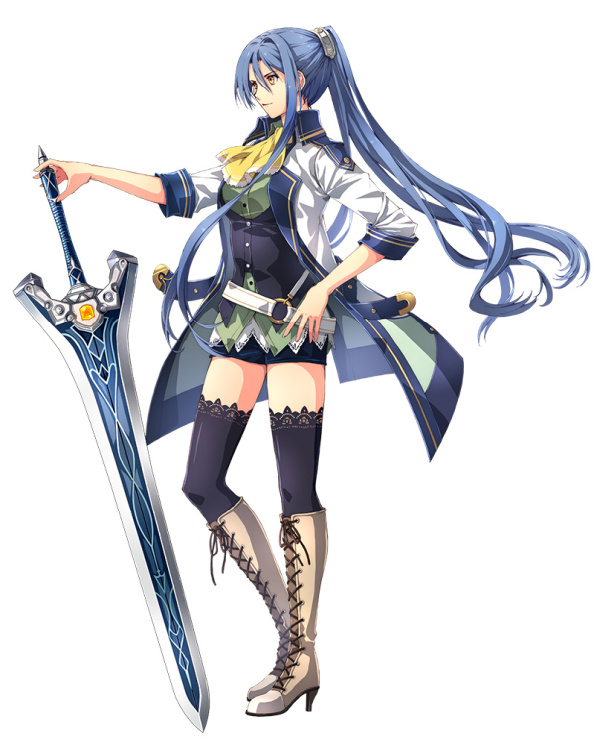 A member of the old “Class VII” and daughter of Viscount Arseid, the head of a famous military family. She mastered her family’s sword style at the age of 19.

After becoming an assistant instructor through training with her father, she went on a training journey to places known for martial arts across the Empire, and sometimes lent a hand to Rean and the members of the new “Class VII.”

During the “Great Twilight” that struck the Empire, she crossed swords with her father, who fell under the influence of the “curse,” and achieved a magnificent victory as successor to the Arseid style.

She is seeking a way of life that she can be proud of as a swordswoman, and even after the disaster has passed, is polishing up on her swordsmanship in the Arseid style. 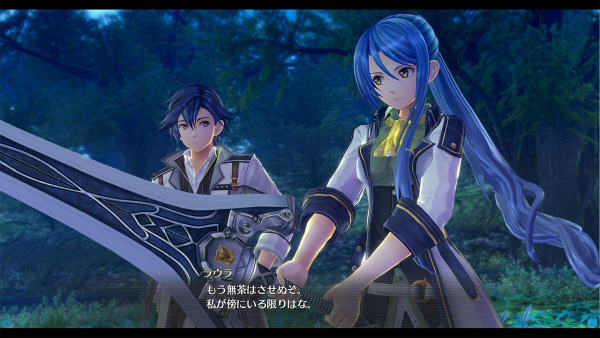 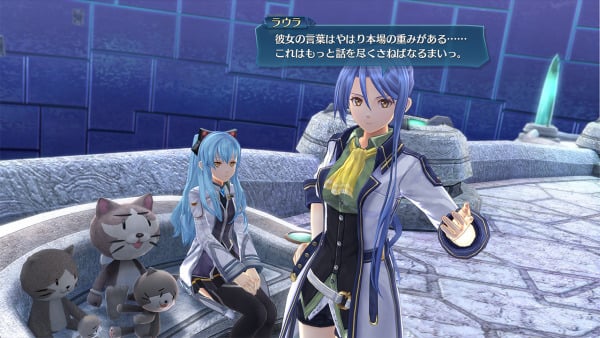 “A ‘gift of the goddess that we are not yet ready for,’ even modern technology is unable to analyze…”

The eldest son of the Imperial Army officer “Craig the Red,” member of the old “Class VII,” and a gifted musician.

After his time at Thors Military Academy and the Imperial Music Academy, and becoming a professional musician, he was seeking ways to use the power of music to lead the people to peace while supporting the activities of Rean and the members of the new “Class VII.”

After the disaster, he resumed touring activities to cheer up the people of the Empire through the power of music.

And starting this year he has become a temporary music instructor at St. Astraia Girls’ School, where he attracts the attention of the female students as a gifted young lecturer. 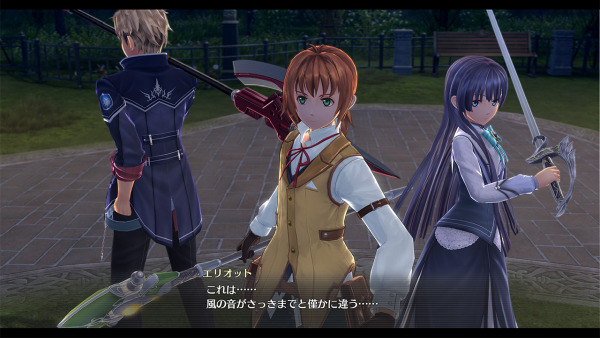 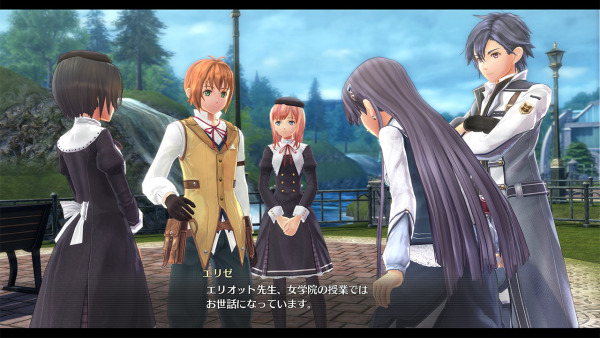 “Do what you have to do—Like your son in Crossbell.” 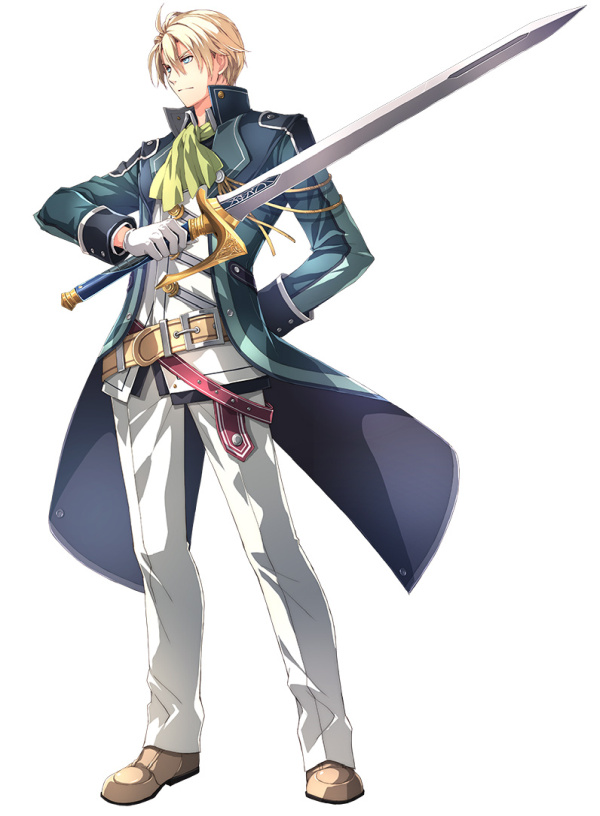 The second son of Duke Albarea, of the Four Great Houses, and a young noble who governs Kreuzen Province.

After graduating from Thors Military Academy, he chose the path to support the people of the eastern Empire as the acting lord to replace his father and older brother Rufus, who were arrested in the Civil War.

During the Great Twilight,” he despaired in the Duke family’s deception and fought a final battle against his older brother, who went astray of the people’s path, and settled a long-standing brotherly discord.

After the disaster, he cooperated with nobles from across the Empire as someone who embodies the “Noblesse Oblige” to clear a path for the Empire’s future. Meanwhile, he gets wrapped up in a certain incident in the Empire while cooperating with Rean… 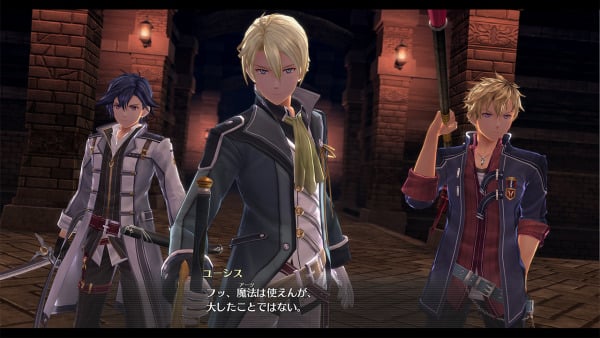 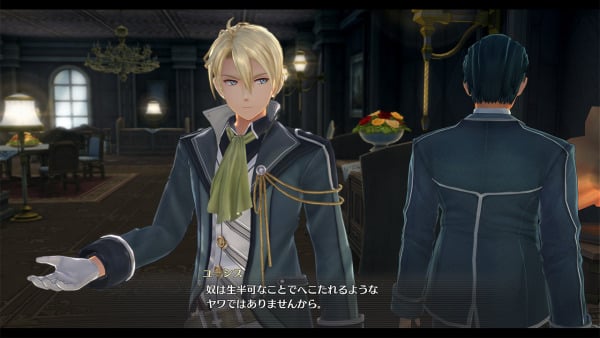 “It’s not just because I wanted to ‘return the favor.’ It’s because I was able to respect your way of justice.”

A genius and overly serious inspector for the administration of justice, and the son of Carl Regnitz, the provisional prime minister of the Imperial Government.

His experience from Thors Military Academy and in the Imperial Civil War encouraged him to study at the political academy, and he chose to work for the “Judicial Inspectorate.”

During the “Great Twilight,” he stood his ground as a “Guardian of the Law” despite being opposed by his father and becoming an Inspector in name only by the effect of the “National Mobilization Law.”

After the disaster, he was put in charge of inspector duties in Crossbell, which was in preparation for re-independence. While working hard each day, he seems to be engaging more and more with the people who live there. 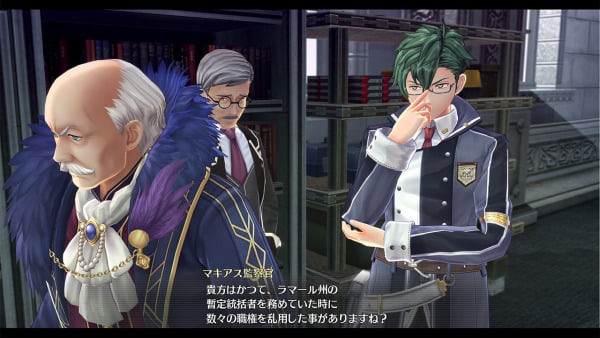 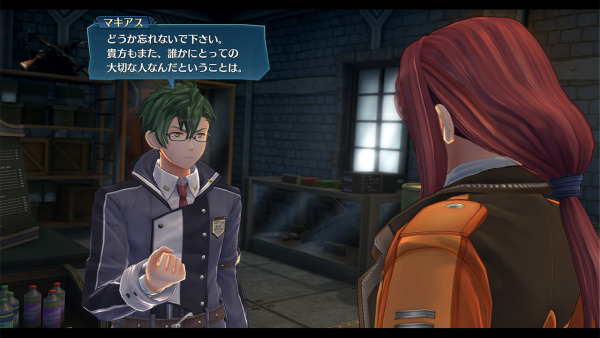 “I’m not weak and don’t need to be protected by my brother all the time.” 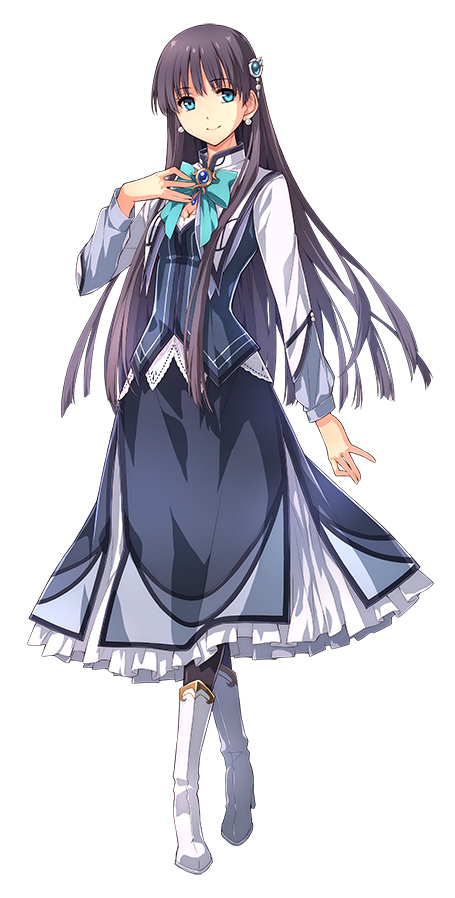 She has been a supporter of Princess Alfin, who she met at the Girls’ School, since middle school and has become her best friend.

She loves and trusts Rean more than a real brother and has supported him time and time again through dilemmas like the Civil War and “The Great Twilight.”

After the disaster, while living as the student council president at the Girl’s School, she felt the need to become strong as the sister of the “Ashen Chevalier,” and attends the Vander Training Hall where she is being trained by Lady Aurier in Swordsmanship. 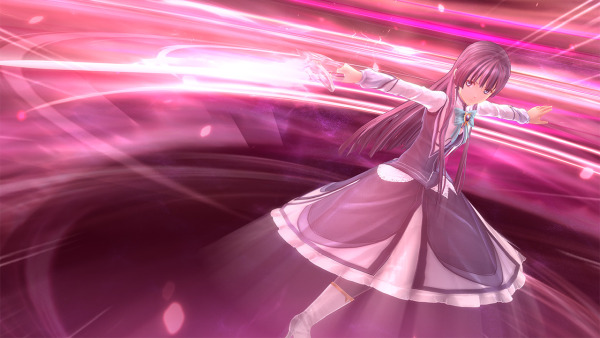 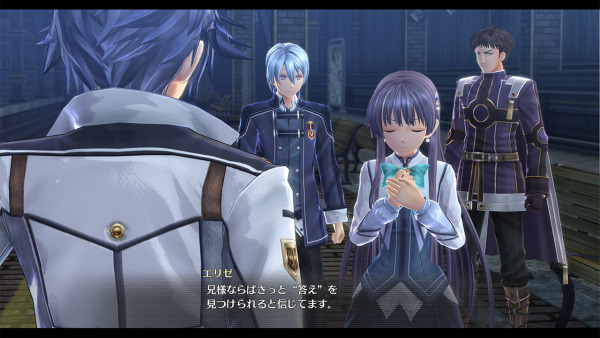 “A masked man who holds the key to the case. Is it the leader of the organization, ‘Imperial Liberation Front’?” 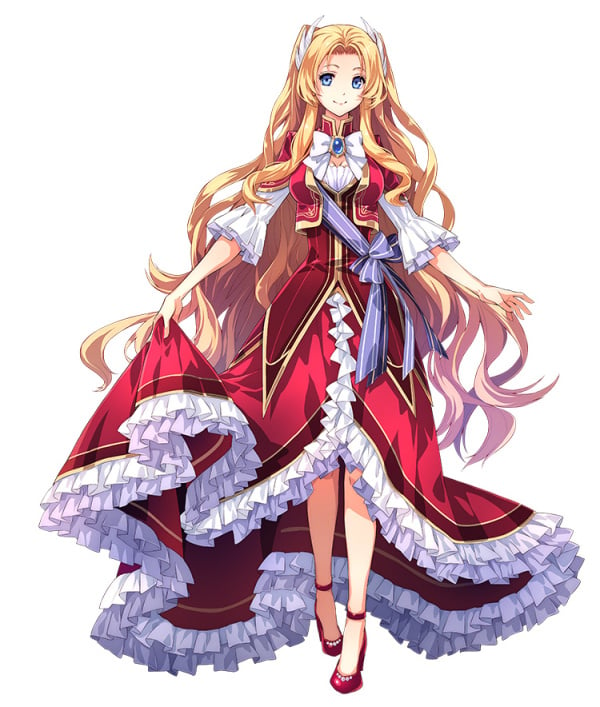 The daughter of Eugent III, and the mischievous and playful princess of the Erebonian Empire. She has also been a close friend of Elise since middle school, who attends St. Astraia Girls’ School.

She became interested in the old “Class VII” through Elise, and despite the many hardships that fell upon the Arnor family, grew as a human being through the “Great Twilight” and Civil War.

Although worried about her twin brother Cedric, whose whereabouts are unknown, she is currently containing the rebellious forces within the Empire while facing the people with sincerity as a princess. 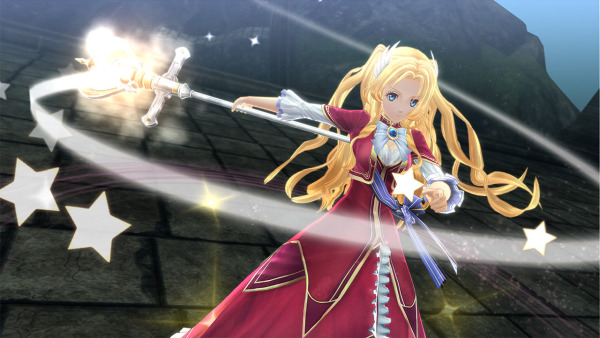 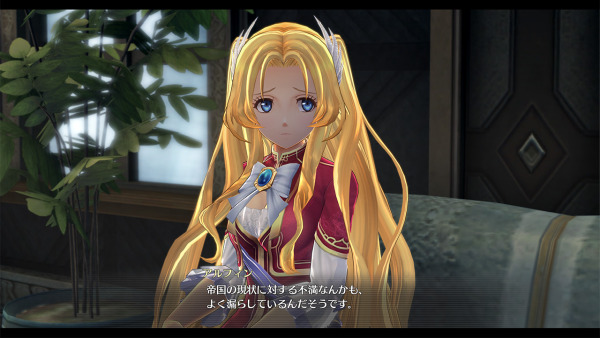 “True Reverie Corridor” is a multi-layer dungeon that rivals the main story. By progressing through the dungeon, you can obtain items called “Sealing Stones.”

By releasing Sealing Stones, you can unlock character-dedicated “Episodes” and “Mini-Games,” which can be enjoyed as separate content from the main story. 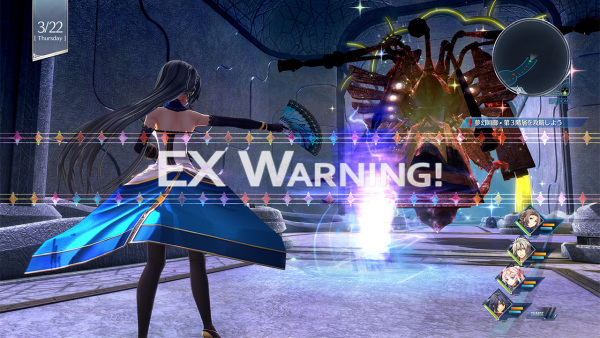 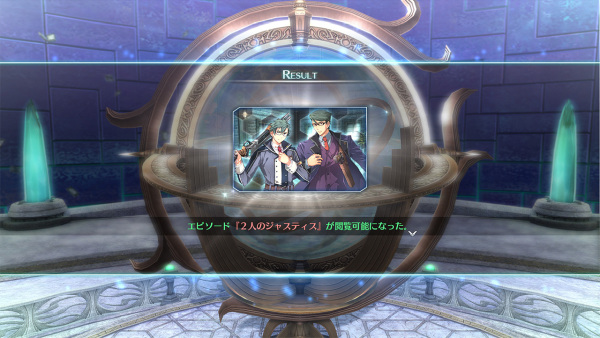 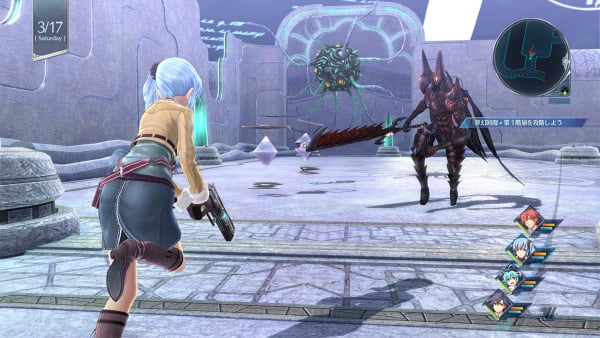 Mini-Game: “Who Wants to Be a Mirannaire? Beryl Edition”

The legendary quiz game once hosted by the “Ouroboros” society’s Enforcer No. 0 is back! This time, it is hosted by Beryl, a mysterious fortuneteller who travels all over Zemuria as a Thors Military Academy graduate. The questions range from common knowledge of the Trails series world to specific countries and regions, and there are even tons of enthusiast questions related to lineage and place names. What awaits you after clearing these difficult questions? 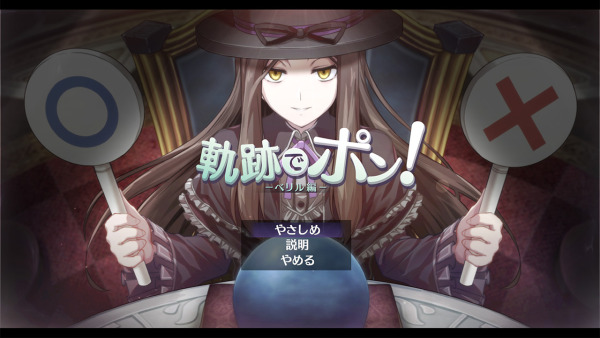 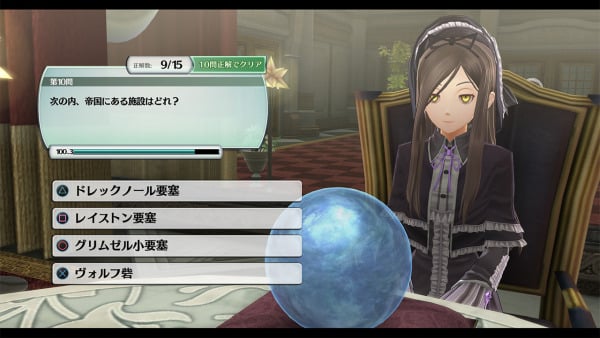 At St. Astraia Girls’ School, where the disaster has passed and classes have resumed, a strange rumor is going around.

It is said that students at Astraia are suddenly collapsing without warning and falling into a coma for about a half-day.

There are already six students involved in the incident. To keep the number of “victims” from increasing, and to pinpoint the cause of the incidents, student council president Elise requests the cooperation of the new “Class VII.”

Juna and Musse disguise themselves as Girls’ Academy students and begin to investigate, but encounter another, unfamiliar student with blue hair… 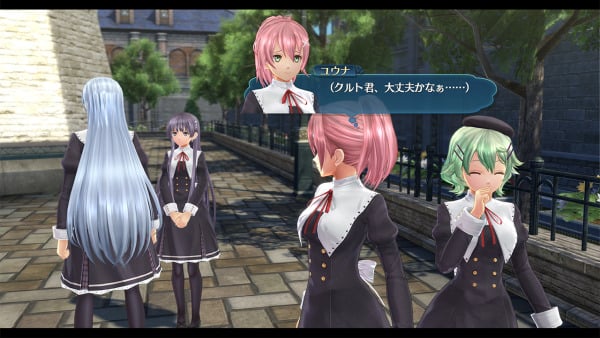 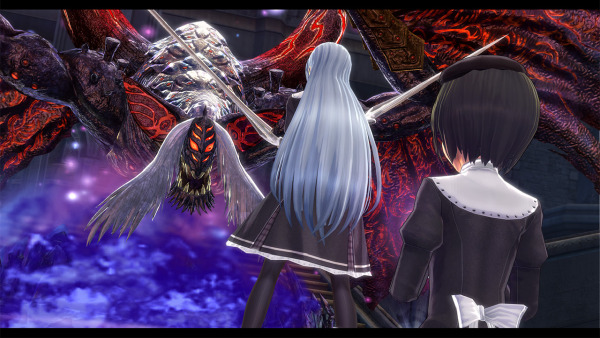 Episode: “The Stone of Fortune and the Ship of Misfortune”

The merchant Jingo was worried. With the opening of the Imperial capital branch of Neinvalli, the store had successfully advanced into the capital and expanded its range of business. For any developments beyond this point, it needed a certain degree of “mobility.”

Jingo wanted “mobility” for her business. But she lacks the funding. One day, as she was feeling down and working, her canine apprentice Cerberus brings back a strangely shaped stone he found somewhere.

And so Jingo takes possession of that strange stone. And starting that day, all sorts of people came to visit Neinvalli for some reason… 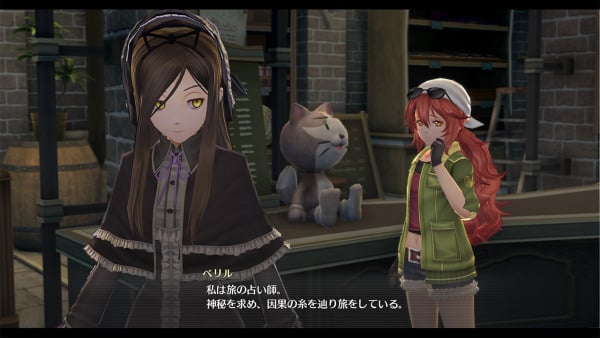 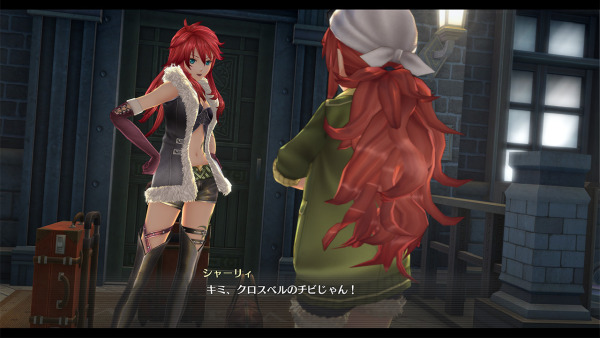 Nuke ⋅ Fatal Frame: Maiden of Black Water coming to Switch in 2021 ⋅ 4 minutes ago