The Legend of Heroes: Hajimari no Kiseki details Crossbell story and characters

Falcom has opened the official website for The Legend of Heroes: Hajimari no Kiseki, the December 2019-announced latest entry in its Trails series, which details the characters and keywords centered around police inspector Lloyd Bannings, one of three protagonists in the RPG.

■ Key Visual: “The Day of Reindependence” 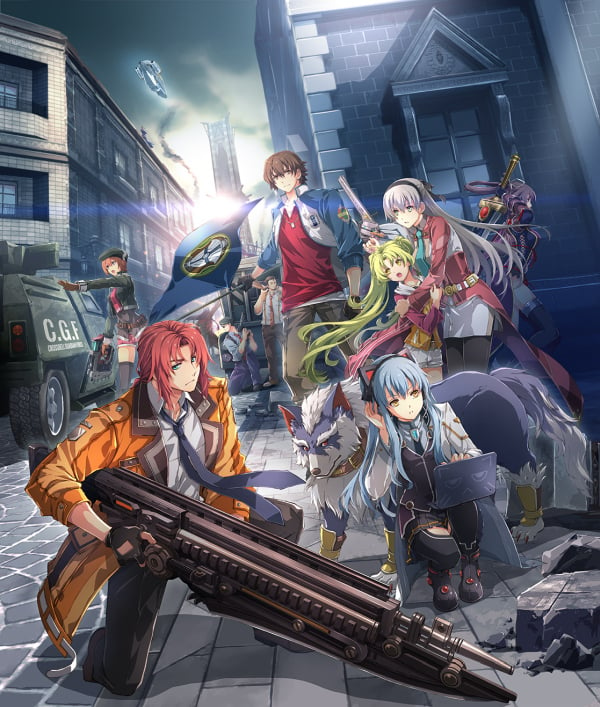 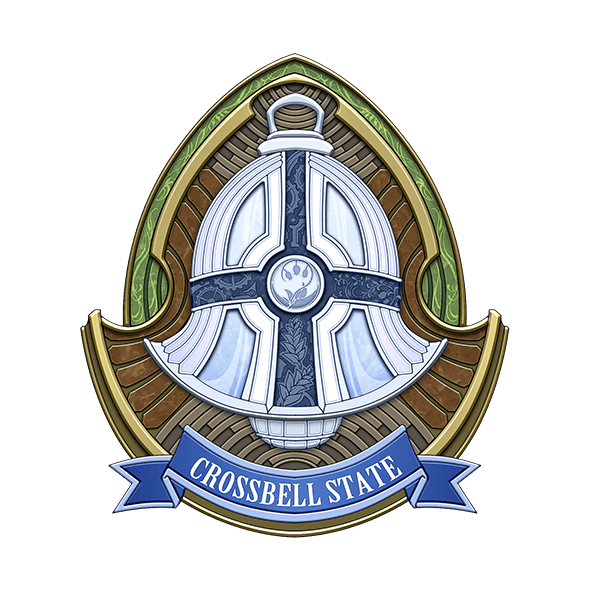 Located between the Erebonian Empire and the Republic of Calvard, Crossbell is an autonomous state that has developed as a huge trade city.

Although it continued to exist under the pressure of the two nations for about 70 years, in S. 1205, the Empire took advantage of the chaos caused by Dieter Crois’ “Crossbell Declaration of Independence” and annexed the state.

Afterwards, following the ceasefire of the “World War”—which involved the Erebonian Empire, the Republic of Calvard, and neighboring countries—withdrawal of the Imperial Army stationed in Crossbell was determined.

Although the Government-General Security Force that opposed this decision occupied the entire city, it was successfully liberated by the efforts of the people, especially the Special Support Section.

In S. 1207, two years since the Empire’s occupation, Crossbell is planned to regain its autonomy at the “Reindependence Signing Ceremony” under the Holy City of Arteria’s acknowledgement. 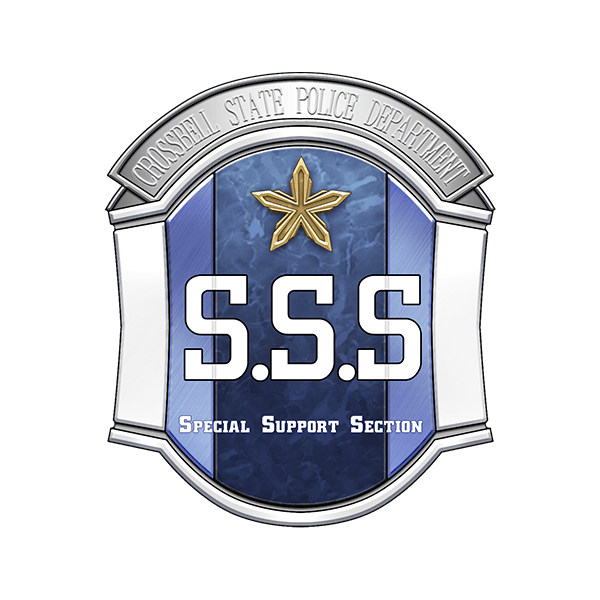 A division established within the Crossbell Police Department, agency that maintains the public order of Crossbell, to counteract the Bracer Guild.

While it was slighted as a “publicity stunt” at first and ignored by the people, its significance was reviewed as the team frequently solved difficult cases that occurred in Crossbell, and it earned the trust of the citizens.

After the occupation of Crossbell by the Empire, the Crossbell Police Department was reorganized as the Crossbell Military Police, and while the Special Support Section was virtually dissolved, Lloyd and company’s efforts later liberated Crossbell.

In the process, the restart of the Special Support Section was decided, with original members Lloyd, Elie, Tio, and Randy resuming activity under the direction of Chief Sergei.

“Let’s keep doing our best—to protect this city and its people.” 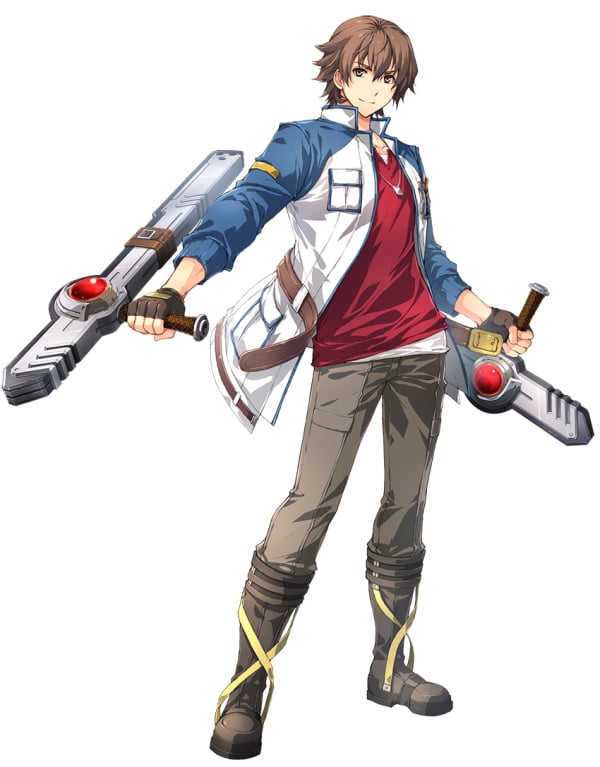 Leader of the Special Support Section of the Crossbell Police Department. He has a strong sense of justice and indomitable spirit, and has solved many difficult cases in Crossbell State.

After the occupation of Crossbell by the Empire, Lloyd was wanted as a key suspect, but while escaping from his pursuer with KeA, a girl who the Special Support Section was protecting, and Arios, an A-rank Bracer, he continued underground operations for the liberation of Crossbell.

Two years and several months later, Crossbell was successfully liberated, and Lloyd resumed Special Support Section activity with the same members as before.

While being welcomed by the citizens for resuming their activity, Lloyd himself is looking forward to the day of the “Reindependence Signing Ceremony,” but… 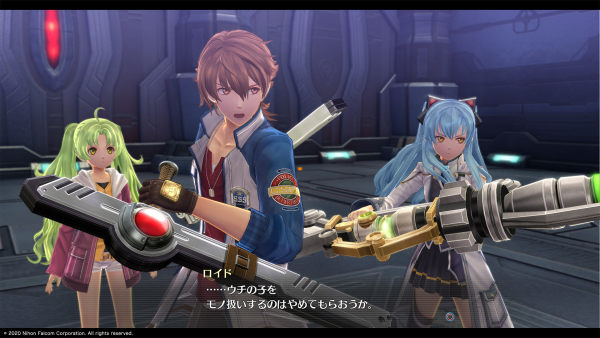 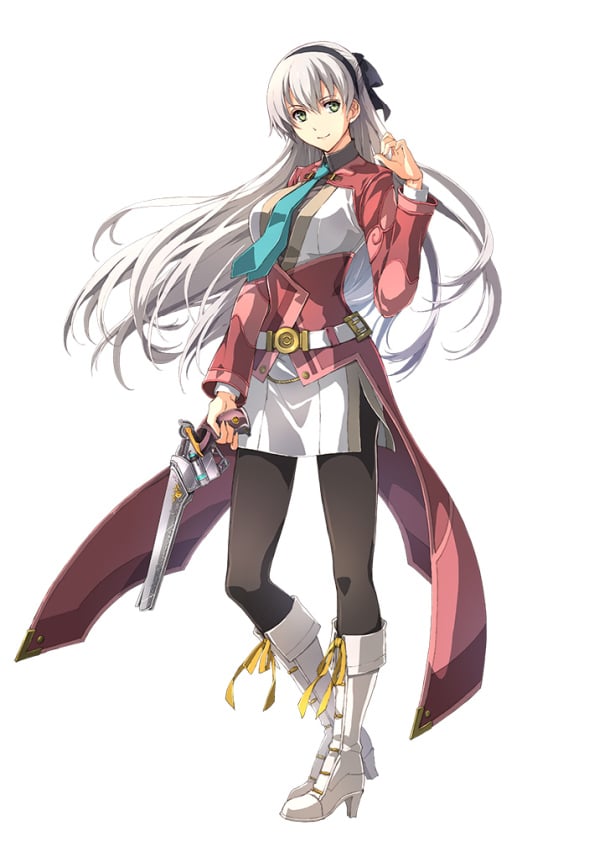 “People from truly different walks have given us their support.”

The granddaughter of Crossbell council chairman Henry MacDowell. A woman gifted in both beauty and brains, she supports the Special Support Section as the assistant to the leader.

After the occupation of Crossbell, the Special Support Section dissolved, and she utilized her experience from studying abroad in her youth and excellent political sense to seek out a path for Crossbell’s reindependence on her own, such as by making contact with key figures in the Empire and the Reinford Group.

After reindependence, she resumed her Special Support Section activity with Lloyd and the others. While working on support requests, she currently spends her days supporting diplomacy as secretary to her grandfather chairman MacDowell, who also is a representative at the “Reindependence Signing Ceremony.” 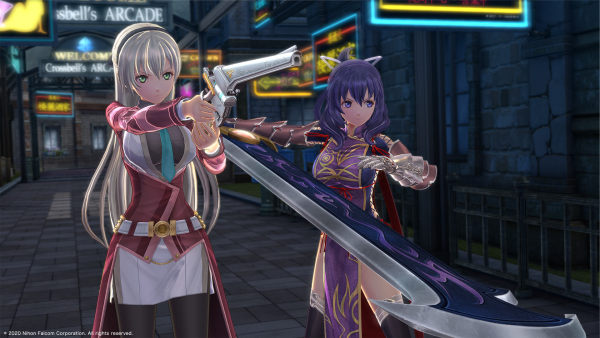 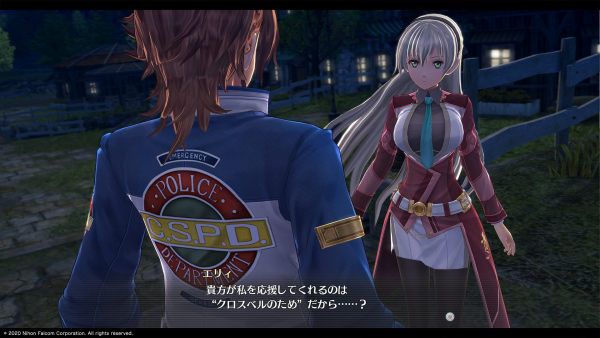 “If we were able to overcome these last two years, then surely…!” 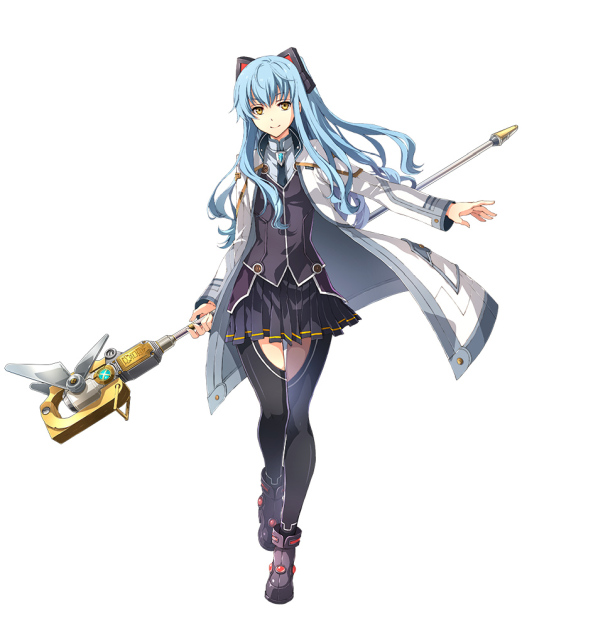 A member of the Special Support Section and young chief researcher at the Crossbell branch of the Epstein Foundation.

After the occupation of Crossbell by the Empire, she was under surveillance by the Imperial Army’s Intelligence Division, and despite her restricted action, cooperated with Lloyd and the others behind the scenes.

In that process, she made contact with the Empire’s Thors Military Academy (both the new and former Class VII) and the neighboring countries’ Orbal engineers, as well as became good friends with Alisa Reinford, the daughter of the Reinford Group, and Tita Russell, an exchange student from the Liberl Kingdom at Thors Branch Campus.

After resuming her Special Support Section activity, she returns to the scene as one of the division’s original members. Furthermore, as a chief researcher cooperating with both the ZCF (Zeiss Central Factory) and Reinford Group, she is also walking the path of an Orbal researcher. 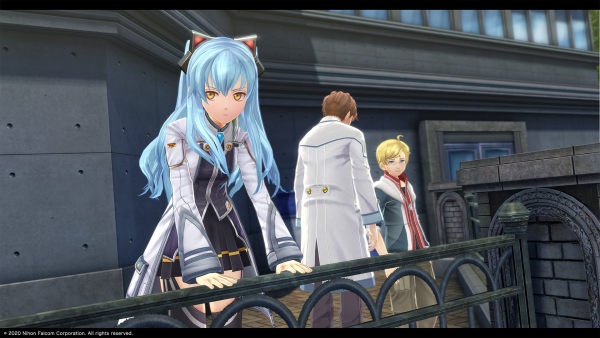 “I’ve seen it many times in the Empire—those who found the light while walking a rocky road.” 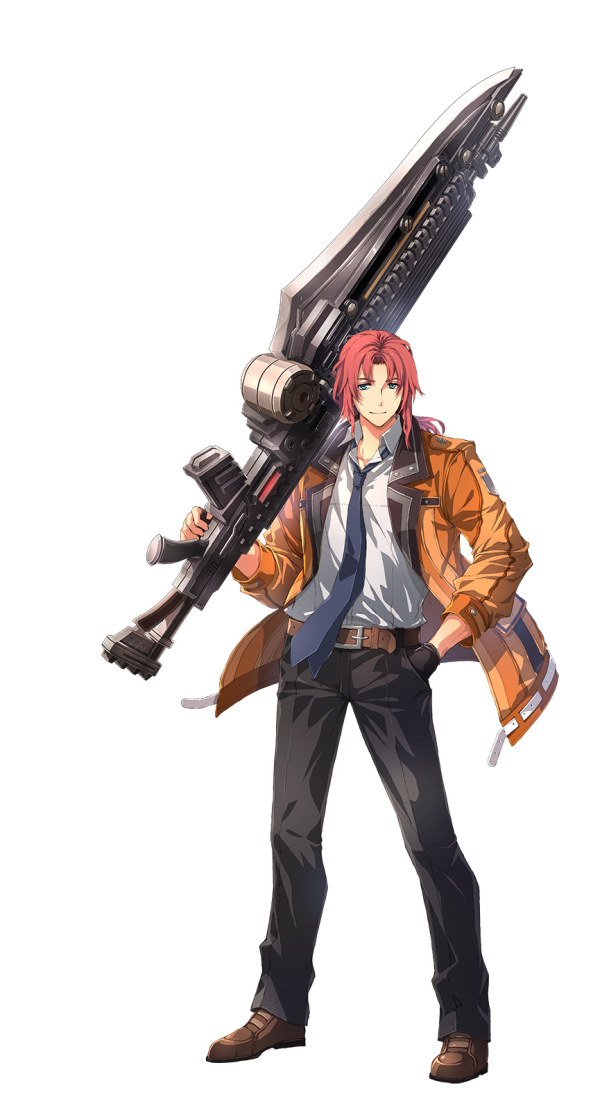 The reliable senior member of the Crossbell Police Department’s Special Support Section, who once belonged to the “Red Constellation” jaeger corps.

After the reindependence of Crossbell, Randy, whose tenure as an instructor ended, decided to return to his home country.

While he was somewhat reluctant to leave his post at the Branch Campus where he trained the next generation of soldiers, he resumed his role in the Special Support Section. 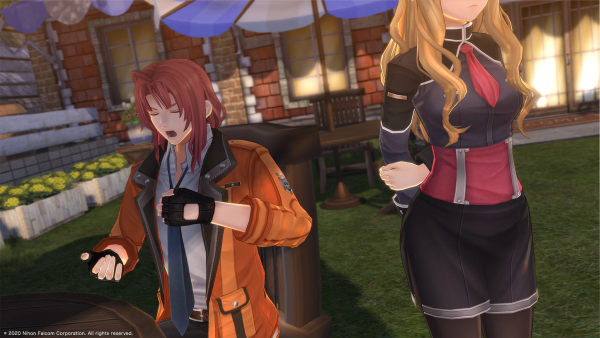 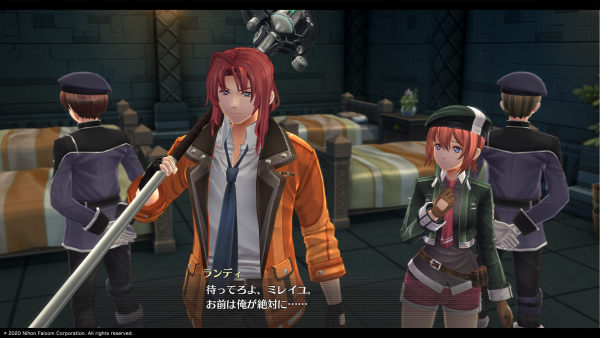 “It’s like I told you, we’re members of the Special Support Section!” 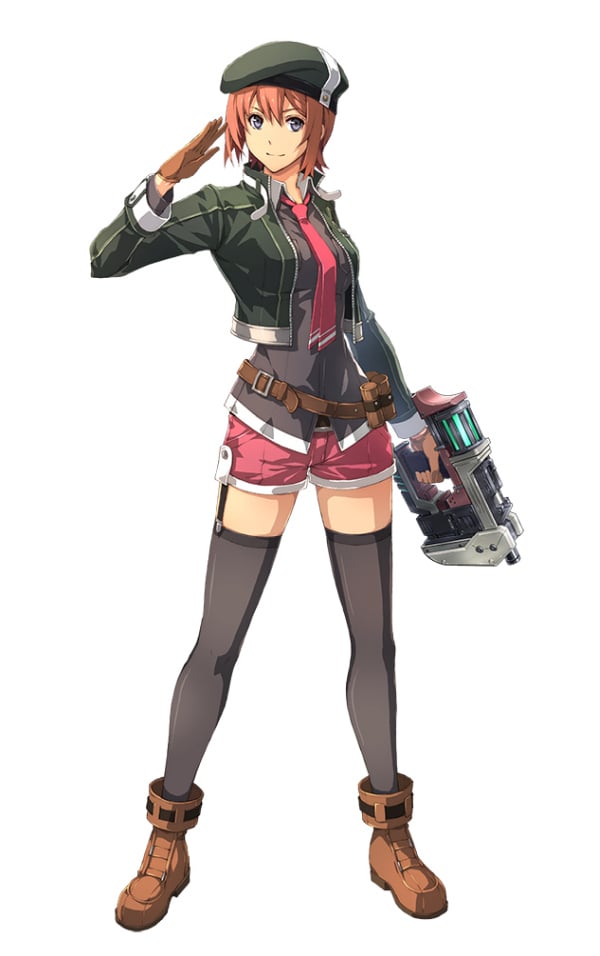 A female member who specializes in heavy weapons use and vehicle driving skills, regarded as the next ace of the Crossbell Guardian Force.

She joined in on the activities of the Special Support Section for a period of time as a loan member, and resolved many difficult cases with Lloyd and the others.

During the occupation of Crossbell by the Empire, she worked in secret to engage in resistance activity with volunteers in the Guardian Force, and supported Lloyd and company behind the scenes through gathering intelligence on the military and such.

When reindependence was determined, Noel returned to the reorganized Guardian Force and was promoted from “sergeant major” to “second lieutenant.” In preparation for the “Reindependence Signing Ceremony,” she is on Guardian Force duty under the direction of Commander Sonya. 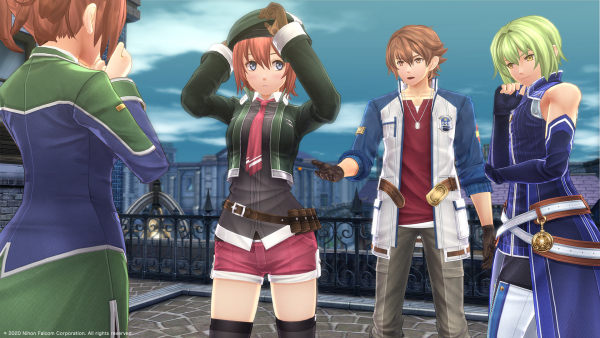 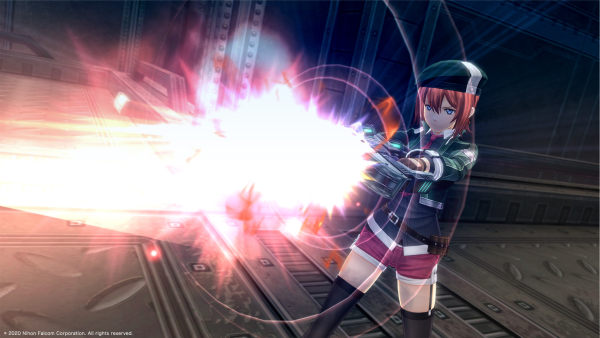 “I’m really lucky to be surrounded by such excellent partners.” 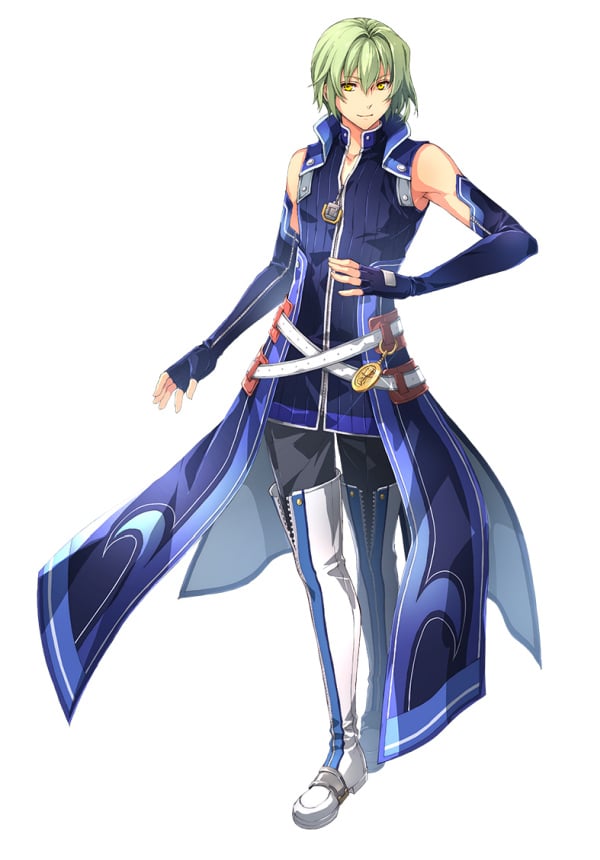 A mysterious young man whose androgynous looks attract public attention. A Knight who belongs to the Gralsritter, he bears the name “Blue Testament” as the 9th Dominion.

He once falsified his identity and went into hiding in the Downtown District of Crossbell, performing various activities, including leading a gang of a delinquents called the “Testaments,” and working as an additional member of the Special Support Section with Lloyd.

After occupation, he left Crossbell and traveled to various countries as a Dominion, and with his participation in the Septian Church’s “Reindependence Signing Ceremony,” he will revisit the land of Crossbell to which he is deeply connected alongside new partners. 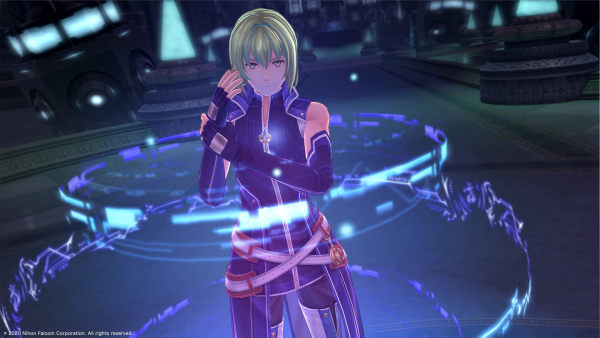 Epic Games Store leaks The Legend of Heroes: Trails from Zero, Trails to Azure, Trails into Reverie, and The Legend of Nayuta: Boundless Trails for the west

Pablo Sanchez ⋅ Epic Games Store leaks The Legend of Heroes: Trails from Zero, Trails to Azure, Trails into Reverie, and The Legend of Nayuta: Boundless Trails for the west ⋅ 8 seconds ago

Jackie Kozdron ⋅ Epic Games Store leaks The Legend of Heroes: Trails from Zero, Trails to Azure, Trails into Reverie, and The Legend of Nayuta: Boundless Trails for the west ⋅ 2 minutes ago