Falcom has shared new information and screenshots for The Legend of Heroes: Hajimari no Kiseki, the latest entry in its Trails series, introducing characters Rixia Mao, Zeit, Ilya Platiere, Arios MacLaine, Matteus Vander, Aurier Vander, and F. Novartis, as well as the bonuses for having data from previous Trails titles.

If you missed our previous coverage, read up on the characters and keywords centered around the first protagonist Lloyd Bannings here, the second protagonist Rean Schwarzer here, and the third protagonist C here. Gematsu also recently interviewed Falcom president Toshihiro Kondo, who answered a few questions about the game.

■ The Day of Reindependence Characters

“I will not hold back… even if you are a former client!” 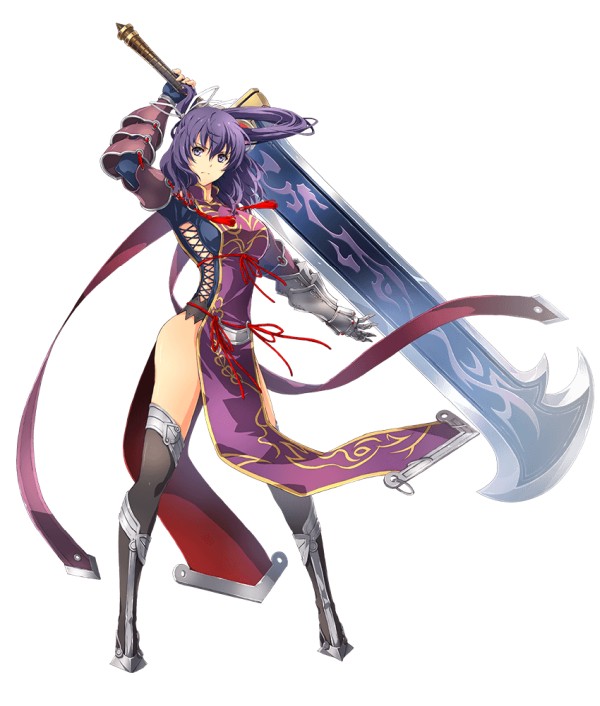 A girl with a mature and mild-mannered personality, who has been working as an artist in the Crossbell theater troupe “Arc en Ciel.”

Her true identity is the legendary assassin “Yin” from the Republic of Calvard, whose fights with a demon blade taller than herself.

As “Yin,” she was searching for her own way of life while undertaking jobs, but through her encounters with “Arc en Ciel” and the “Special Support Section,” and life with the people of Crossbell, she made the decision to live as an artist.

She admires veteran artist Ilya more than anyone else, who discovered her talent and welcomed her into the troupe, and is spending her days practicing towards the performance for the commemoration of Crossbell’s reindependence. 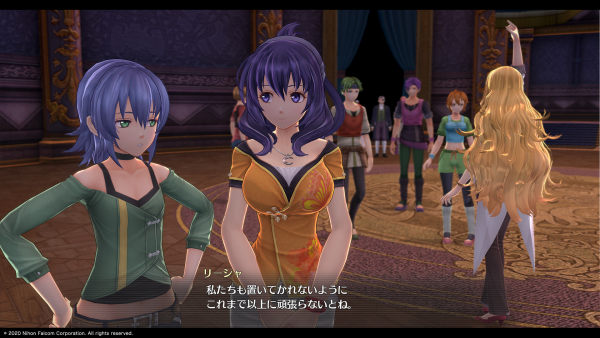 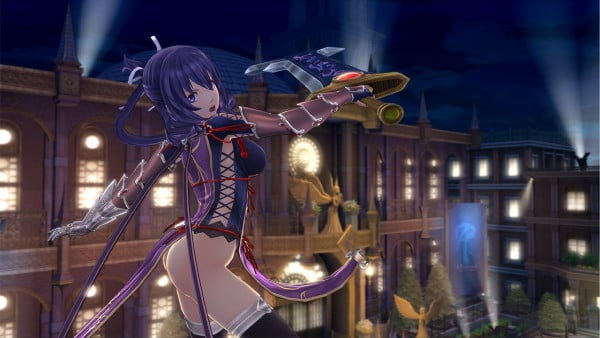 The following is an introduction to some of the important characters that appear in the “Cross-Story” of The Legend of Heroes: Hajimari no Kiseki—the main scenario that progresses while switching between three protagonists—and the “Episodes” that delve deeper into specific characters and influences. 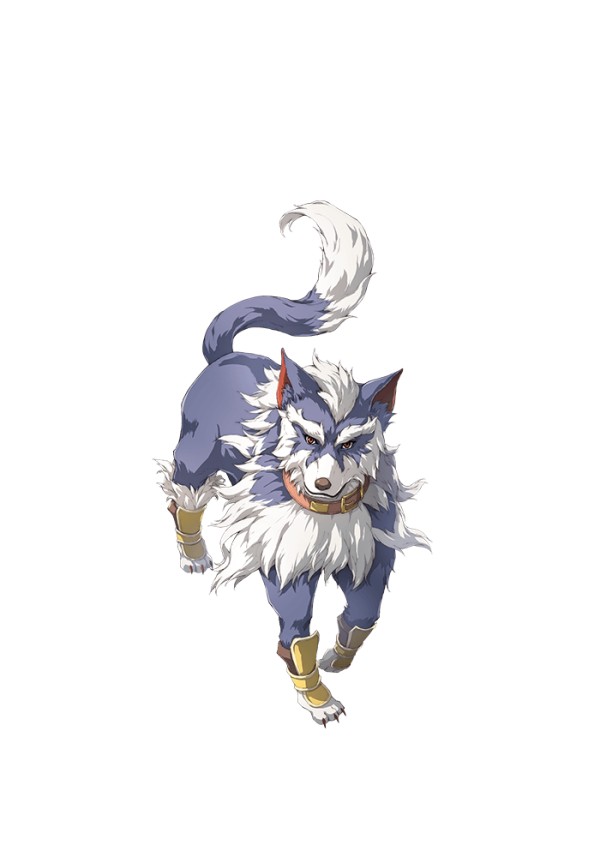 A Holy Beast that has overseen Crossbell’s fate since ancient times, and an existence passed down through generations of people by the legend of the “Holy Wolf.”

He became a member of the Special Support Section following the series of monster incidents caused by the Mafia in S.1204, and lent his strength to Lloyd and the others as a police dog.

He supported the “Special Support Section” in numerous causes, from the “Schwarze Auction” orchestrated by the Mafia to the Cult Incident and more, but disappeared without a trace from Crossbell territory ahead of “The Great Twilight” disaster. 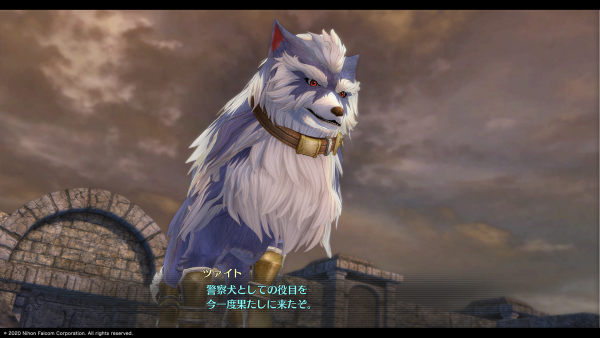 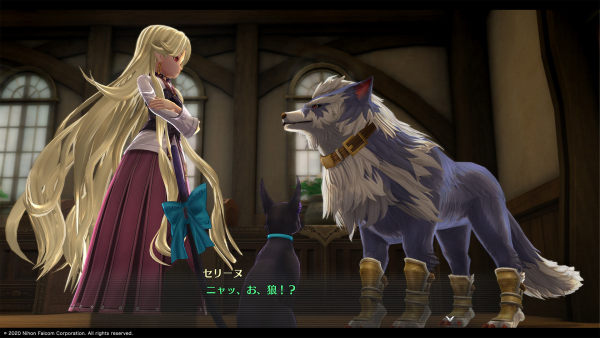 “Now now, if you lose to me after being out of the game, then you’re far from satisfactory.” 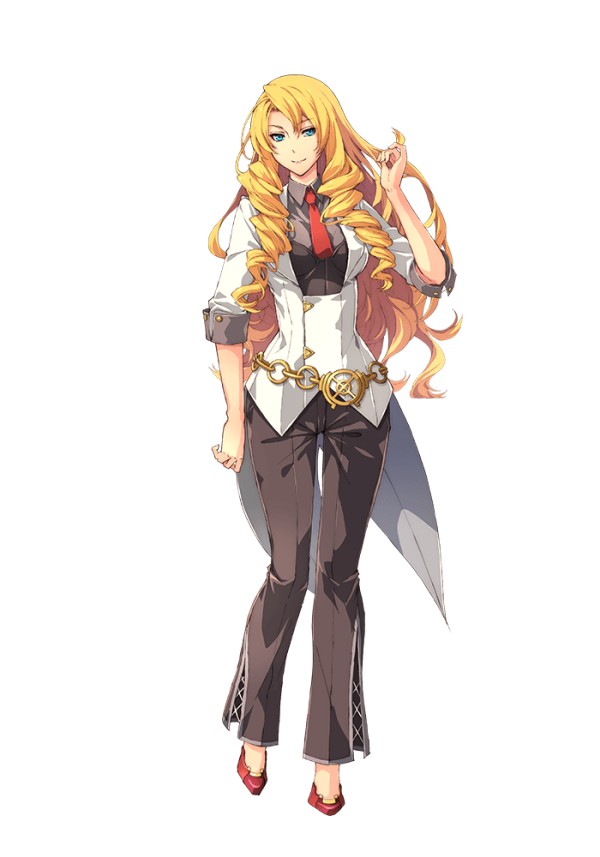 The top star of the theater troupe “Arc en Ciel,” where she is known as the “Blazing Dancer” due to her strong charisma and passionate performances.

Although she was once faced a major injury said to have no hope of recovery in an attack by the “Red Constellation” jaeger corps, she kept up with rehabilitation through the cutting-edge medical treatment of Ursula Hospital and her persistent spirit, and made her long-awaited return to the stage.

While she had to take some time off from being an artist, she seems to have been thinking about “Arc en Ciel” all throughout her rehabilitation, and is devoting herself to the commemoration performance to support Rixia and Sully. 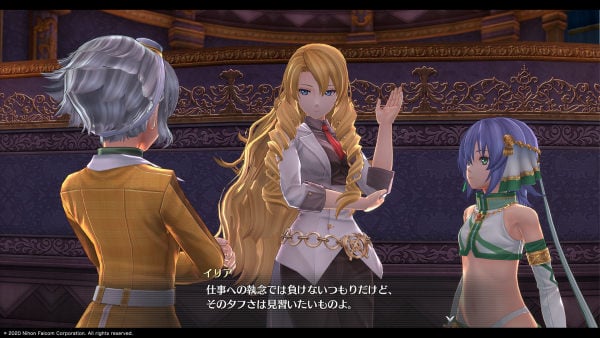 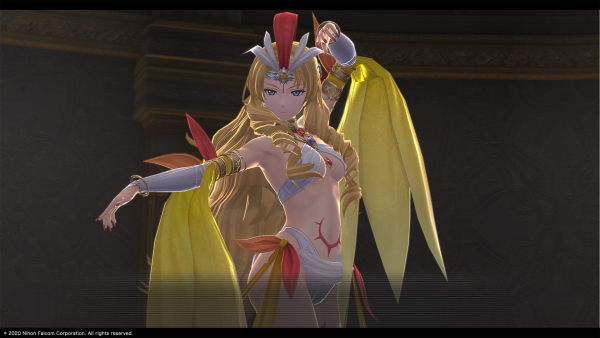 This body bares the sins of its past… I’d be better to consider my behavior. 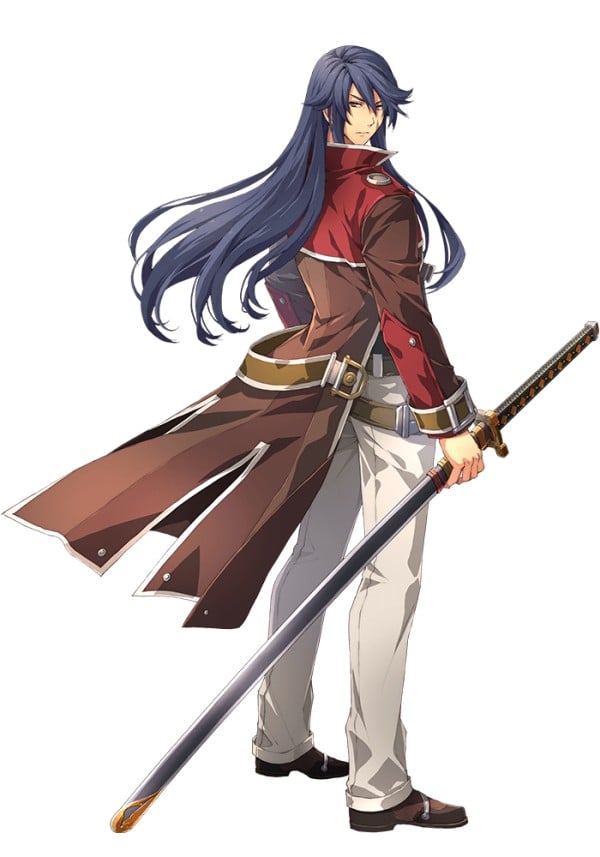 An A-class bracer that represents Crossbell and master of the Eight Leaves One Blade school of swordsmanship’s Second Form: “Gale.” Known both at home and abroad by the nickname “Divine Blade of Wind,” he has gained tremendous popularity from the people of Crossbell and those that support the Bracer Guild.

He was once an investigator for the Crossbell Police Department, but resigned from his post due to an unfortunate incident that resulted from a secret battle between the Empire and the Republic. After that, he distracted himself from his sadness by devoting himself to missions as a bracer.

During the Crossbell independence event of S.1204, he came to oppose Lloyd and the others in the “Special Support Section,” whose standpoints differed from his own, but as a result of Crossbell’s independence thereafter, decided to once again exert himself as a lone bracer. 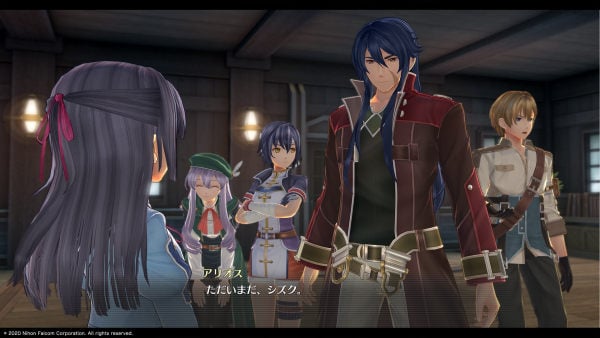 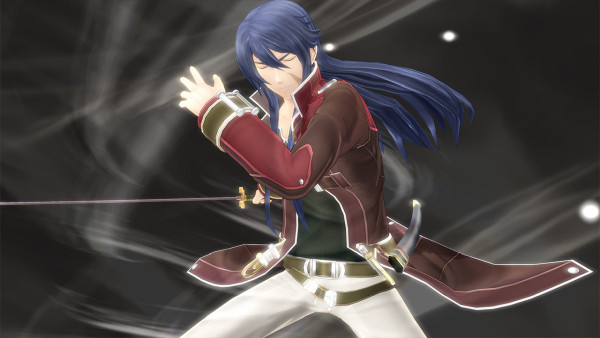 “A sword is not something with a physical form, but something that dwells within oneself. Grasp your inner sword, then that shall take form.” 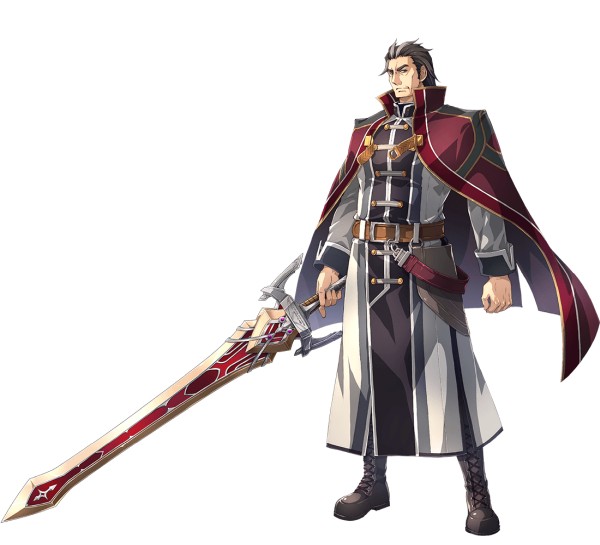 The head of the Vander family, a noble military family that served as guardians of the royal family for generations, and supreme instructor of the Vander school of swordsmanship. He is the father of both Kurt and Mueller, and as “Thunder God” Matteus, his name is known as the greatest swordsman in all of the Empire.

With a quiet personality by which he does not say anything more than necessary, his expressions are ever stiff and he is often misunderstood by others, but those who really know him deeply admire him. 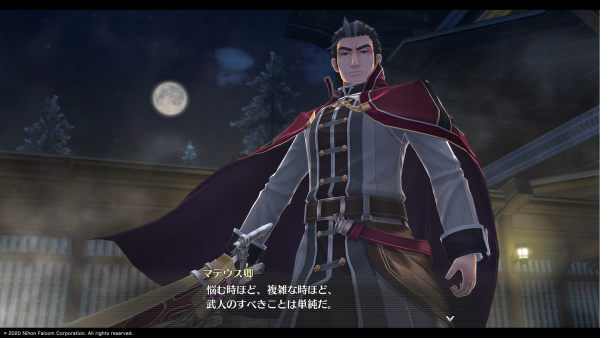 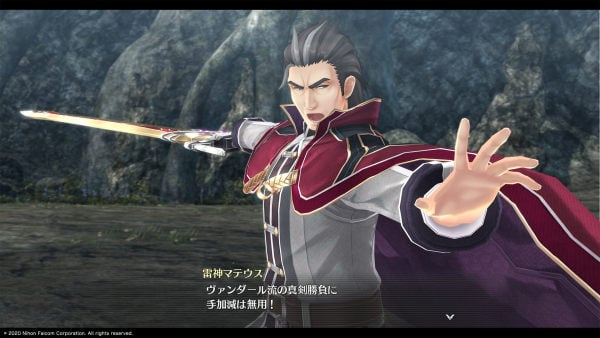 “For someone so quiet, that’s quite unusual.” 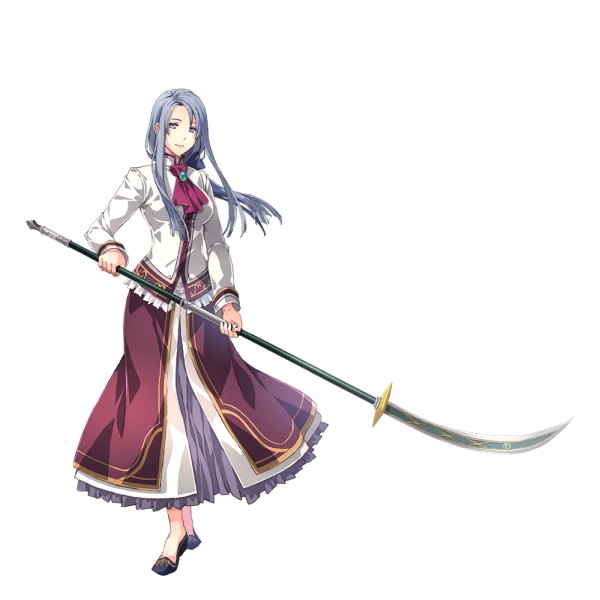 The second wife of Matteus and mother of Kurt, who is a member of “Class VII.” She is skilled enough to be known as the “Stormwatcher” and serves as the assistant instructor to the Vander dojo in the Empire.

During the disaster that struck the Empire, she took to the battlefield herself with naginata in hand to clear the way for the new and old “Class VII,” repelling the Magic Soldats developed by the “Black Workshop” alongside Zechs and Mueller of the Vander family, and more.

Although generally graceful and dignified, since she can be unforgiving when it comes to training, she comes off to her students as scarier than supreme instructor Matteus. 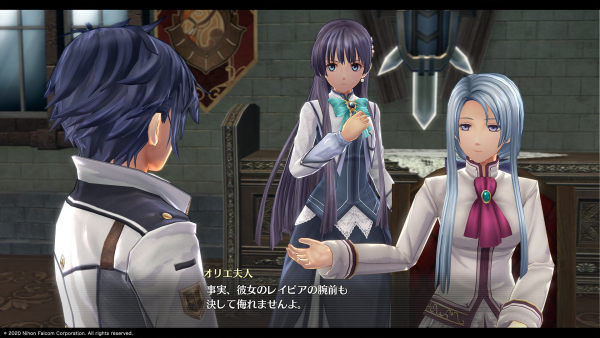 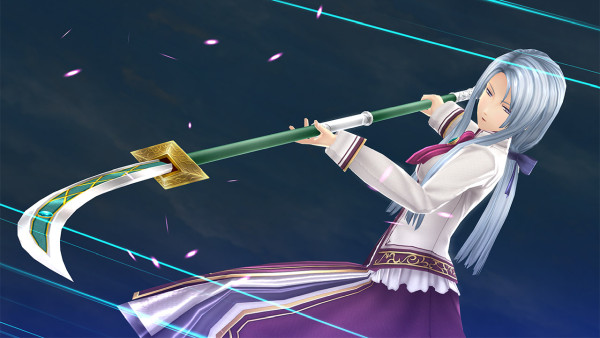 “I don’t seem to have the right amount of parts. I was hoping for an excellent individual such as yourself.” 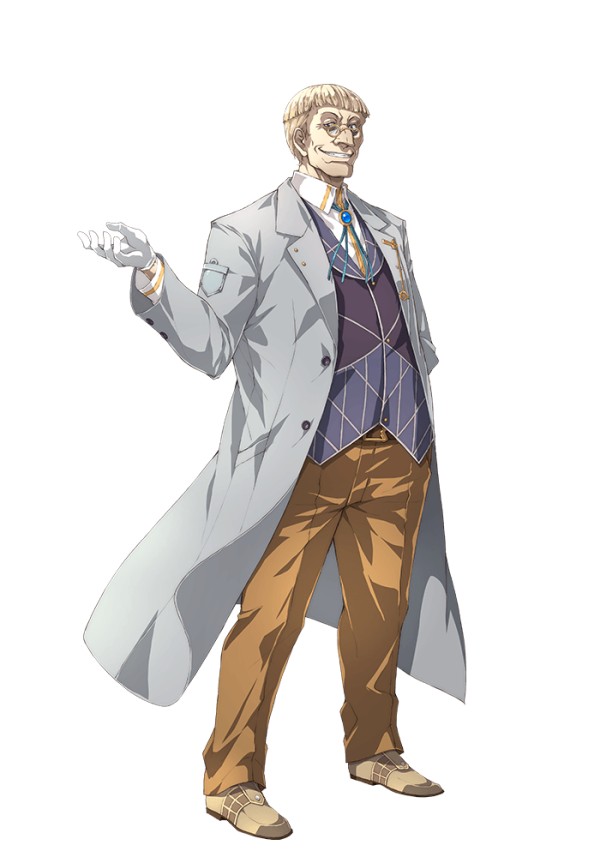 A mad scientist who is the Sixth Anguis of the “Ouroboros” society and director of the “Thirteen Factories” responsible for weapons development.

Although a genius, he seems to have no interest in anything outside of his own research. Other Anguis and even Enforcers despise his “bad habits” such as the calm mocking of others.

He has been involved with Society plans, known as “experiments,” in various forms thus far, including the firing of Archaisms all over the continent of Zemuria and the introduction of the three “Aion” he developed into actual warfare. 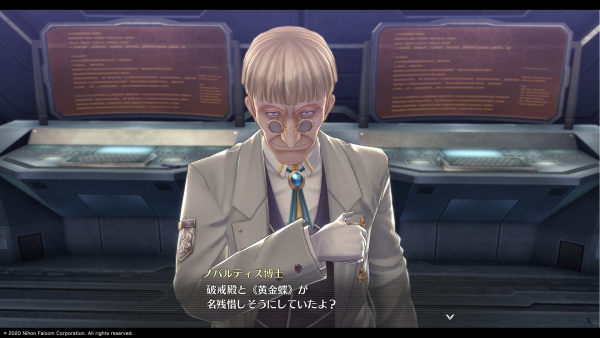 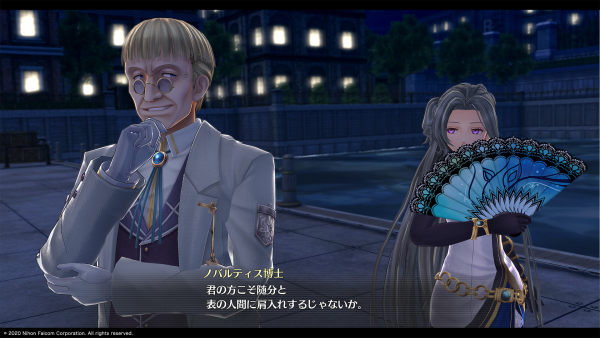 These bonuses differ depending on the contents of your clear data for The Legend of Heroes: Trails of Cold Steel IV: