A Q&A with the man behind Falcom. 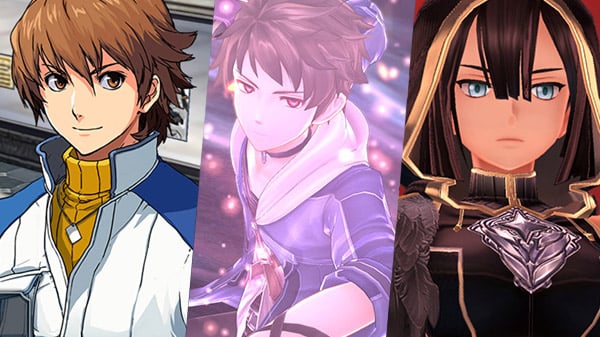 Get the full interview below, with questions by Kirsten Miller.

—When did the planning for The Legend of Heroes: Hajimari no Kiseki‘s scenario begin?

Toshihiro Kondo: “We started thinking about it little by little during the development of Trails of Cold Steel IV. As we started to think about the next installment in the Trails series, Hajimari no Kiseki took shape from the desire to make a game in which Crossbell—the setting of Zero no Kiseki—has achieved independence.”

—Hajimari no Kiseki is looking to be similar to The Legend of Heroes: Trails in the Sky the 3rd. Is this being seen as an opportunity to bring in content that may have been cut from it, or is the game going to focus primarily on content based on topics that have come up in more recent titles?

Kondo: “While this is certainly a fan service aspect, the volume of the main story is quite hefty compared to the 3rd. The amount of text in the main scenario for Hajimari no Kiseki is about 80 percent of Trails of Cold Steel IV, so rather than identical to the 3rd, we want you to think of it as something more like ‘a new title with the 3rd-like components.’ New characters that are planned to appear in future titles in the Trails series will also debut in Hajimari no Kiseki.”

Kondo: “While you definitely want to go over ‘3 and 9,’ you may also want to review ‘Carnelia.'”

—It sounds like Hajimari no Kiseki is going to have a monster-sized cast. What has coordination been like with a cast this large, both in terms of game development and in terms of planning with voice actors?

Kondo: “With the many characters that have already appeared in the series, casting didn’t present much in the way of issues. However, working the characters into the script was difficult. Since over 50 characters can join the party, there is a very large number of characters at any rate. By the way, the dialogue between party members after a linked battle victory changes depending on the members, and quite a few specific members-only dialogue is also being prepared. We’re doing it all with both stress and enjoyment, so please look forward to it.”

—The series is expected to move eastward to Calvard and beyond after Hajimari no Kiseki, but will some of the currently unseen regions in the northwest, such as Jurai, North Ambria, and Remiferia be left to side or parallel content as seen in The Legend of Heroes: Akatsuki no Kiseki?

Kondo: “We’ve not yet decided. Since the stage is set to extend to the east of the continent, many new areas will be introduced. We’ll figure out how to depict and handle each in time, but we think an Akatsuki-like approach is interesting and something to think about in the future.”

—Falcom games are notorious for their delayed releases in the west. Zero no Kiseki and Ao no Kiseki, for example, never made it out in English. With the PlayStation 4 versions on the way, are there any plans to release those titles in the west? How about Ys IX: Monstrum Nox?

Kondo: “I very much regret that we were unable to release Zero and Ao [in the west]. I think that releasing on PlayStation 4 will lead to an opportunity to release these games in North America and Europe. As for Ys IX, preparations are currently underway for release [in the west].”

Kondo: “Both users who own modern consoles and platform holders often request Trails in the Sky, so I have some homework to do. Personally, I’d like to recreate everything in 3D. Nayuta‘s gameplay is also extremely well received, so I think it would be a waste to bury it as a PSP-only title.”

—During the shareholder meeting in December, you brought up working on an in-house game engine. What was behind the decision to make a new engine entirely instead of using something like Unreal Engine 4?

Kondo: “We considered Unreal Engine as an option at first. For the Trails of Cold Steel series, we used an external engine, and it was good enough when we just started working on the series, but as development and the series advanced, there were some incompatibilities with our game plan. For example, in the Trails of Cold Steel series, a large number of unique models are displayed during events, but the engine isn’t suitable for that sort of thing. The staff proposed that, if we move forward on that condition in the future, we would be better off with our own engine. Each [engine route] comes with its own benefits and inconveniences, I don’t think it’s a discussion of which one is superior.”

—The staff interview page on Falcom’s official website has a new sound creator listed on it that has joined the company in 2019. Have we heard any of the music he’s been involved with in any of the company’s releases yet?

Kondo: “A good observation, but his work has yet to show up.”

—Fans of Falcom games have been growing immensely in the west in the past few years. What kind of effort has there been to get the feedback of English-speaking fans, and how much has this growing audience impacted business decisions within the company?

Kondo: “I have actually had more opportunities to exchange information with distributors, media, and users in North America and Europe over the past few years. I’m happily surprised because we haven’t had these opportunities in the past. These days, sales in North America and Europe are extremely important to Falcom, and are often brought up on the agenda when discussing possible title selection and content. I think it’s a very good thing.”

—Before we go, is there anything else you would like to say to our audience or to fans of Falcom games in the west?

Kondo: “Thank you for your interest in Nihon Falcom games. Falcom will celebrate its 40th anniversary next year. Falcom has been carefully crafting game content for 40 years, and we believe that’s what has led us to today. You all may have only learned about our content recently, but we want to keep delivering carefully crafted game content as we always have been in the future, so we hope you’re in it with us for the long run.”

—Thank you for your time, Mr. Kondo!