The Legend of Heroes: Hajimari no Kiseki details Erebonia story and characters

Falcom has shared new information and screenshots for The Legend of Heroes: Hajimari no Kiseki, the latest entry in its Trails series, introducing the characters and keywords centered around Rean Schwarzer, the second of the RPG’s three protagonists.

If you missed our previous coverage, read up on the characters and keywords centered around the first protagonist Lloyd Bannings here. 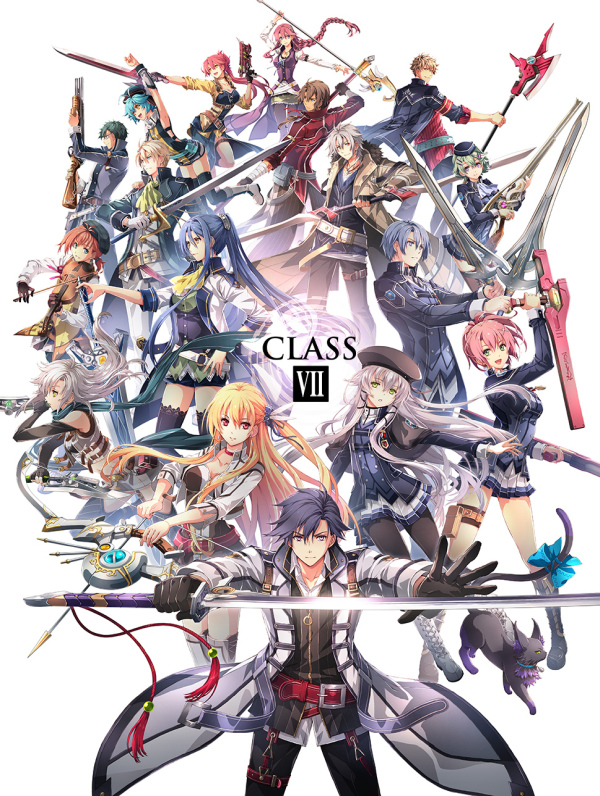 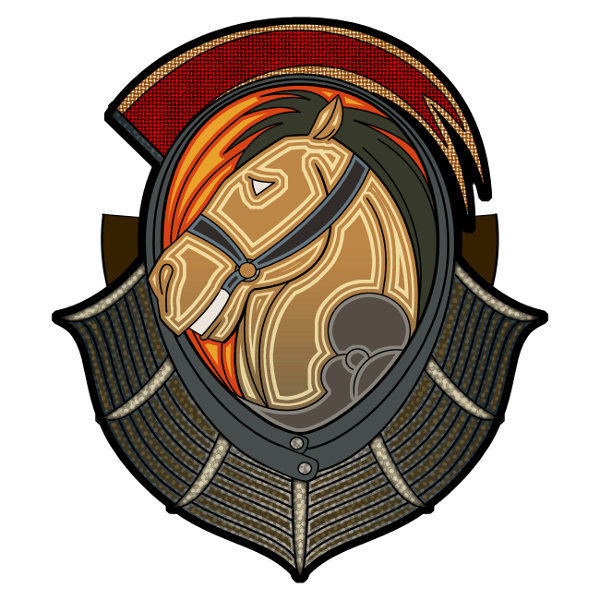 A powerful country with a long history that is located in the western part of the Zemuria continent. Its crest is a golden stallion.

The disaster known as “The Great Twilight,” which covered the entirety of the Empire, triggered a world war involving neighboring countries, but the Empire was released from its loathsome “curse” and the war came to an end thanks to the efforts of the “Weissland Resurgent Army,” the “Radiant Wings” led by Prince Olivert, and the new and original Class VII led by Rean Schwarzer.

After the ceasefire, the return of Emperor Eugent III was announced, and an immediate withdrawal of the Imperial Army troops deployed to Crossbell and Republic areas was decided.

Imperial capital Governor Regnitz replaced Blood and Iron Chancellor Giliath Osborne as temporary Chancellor of the Imperial government and worked alongside the royal family and Four Great Houses to regain the trust of the people and other countries. 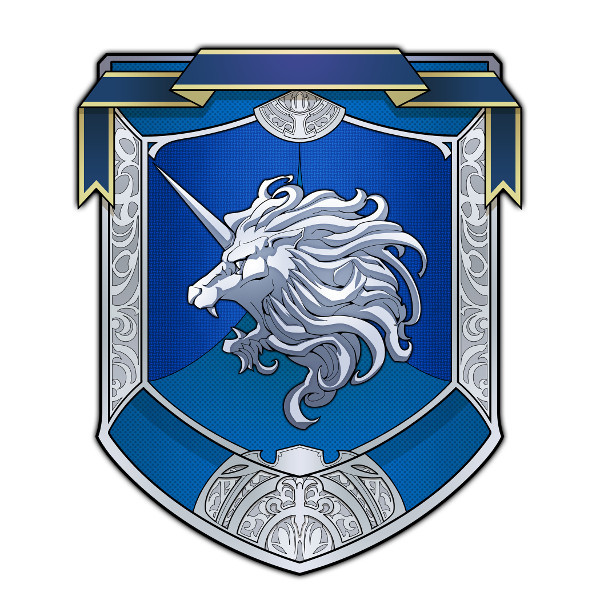 A military academy established by Emperor Dreichels, restorer of the Empire. Its history spans over 200 years.

The Thors Military Academy Branch Campus, which was established in the year S. 1206, was initially a special circumstance school that brought together instructors and students who went against the will of the Imperial government. But after the war, the branch campus showed remarkable performance and found the significance of his existence, and its continuance as a branch campus was officially decided.

On the other hand, the threat of the Panzer Soldats, which were deployed as weapons within the Empire following the disarmament of the Imperial Army, has once again gained exposure, and reviews have begun regarding the need for the “Panzer Soldat Training” classes introduced at the military academy. 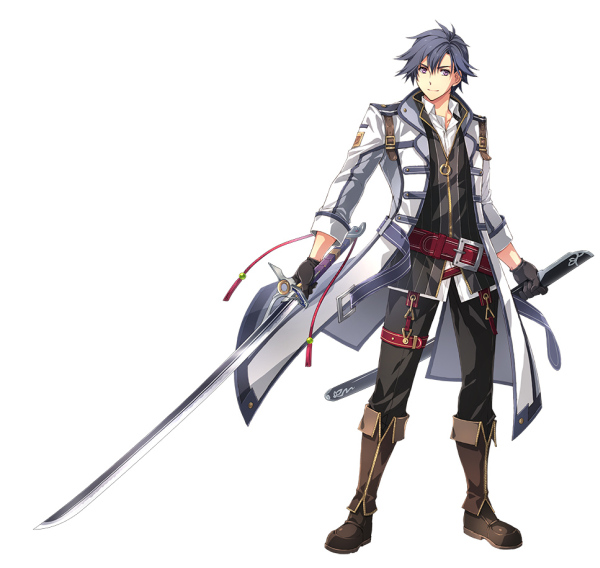 Known by the name “Ashen Chevalier,” he is the instructor in charge of “Class VII” Special Operations at Thors Military Academy Branch Campus.

He is also the eldest son of Baron Schwarzer, who governs the hot springs village of Ymir in the northern part of the Empire, and inheritor of the “Seventh Form” in the Eight Leaves One Blade school of swordsmanship.

When the disaster known as “The Great Twilight” covered the entirety of the Empire, Rean was in a temporary state of crisis in that he lost his sense of self, but alongside the new and original “Class VII,” numerous cooperators, and his partner the Divine Knight “Valimar,” he freed the Empire from its loathsome “curse.”

After the war ended, he returned to his post as an instructor. While spending each day working hard with the students of “Class VII,” he decides to visit his home town, the hot springs village of Ymir, at the request of a certain someone… 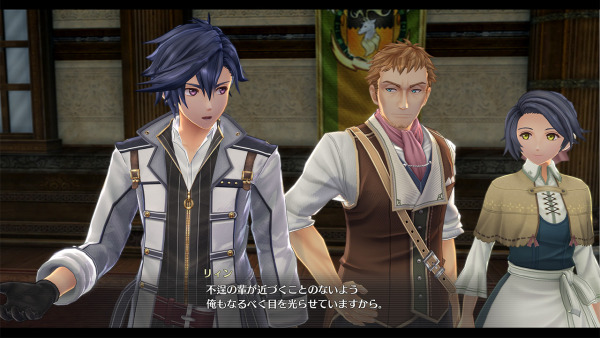 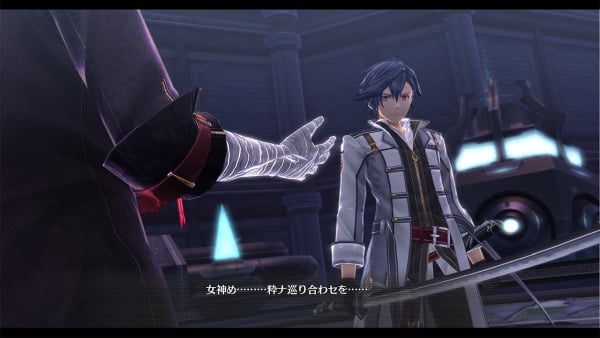 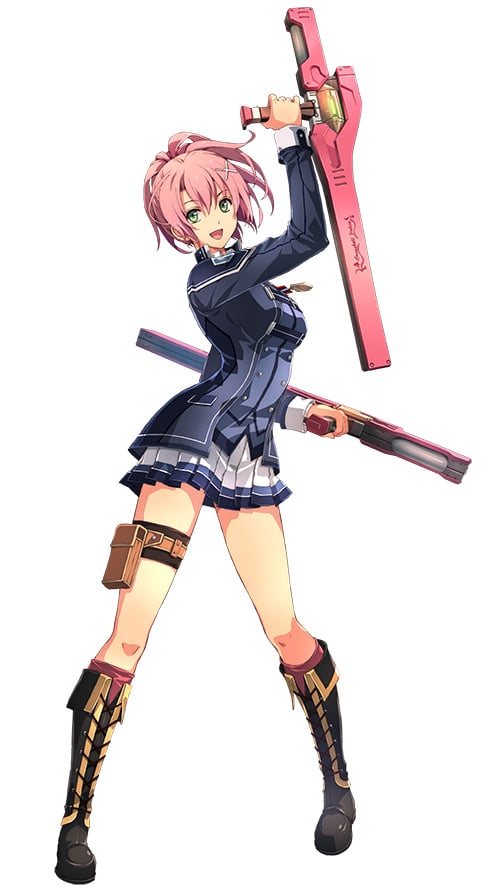 Leader of “Class VII” Special Operations, she is an energetic girl from Crossbell with a strong sense of justice.

When disaster struck the Empire, she played a major role as a pillar of the new and original “Class VII,” such as by inspiring others with her natural positivity and taking action to rescue Rean.

After the war, she temporarily left the Empire to work with the “Special Support Section” on the liberation strategy in her home city of Crossbell. The path to the reindependence of her city that she had longed for had finally begun.

Afterwards, she had the option to return to school at the Police Academy, but looking at the future relationship between Crossbell and the Empire, Juna makes the decision to remain at “Class VII” Special Operations of the branch campus. 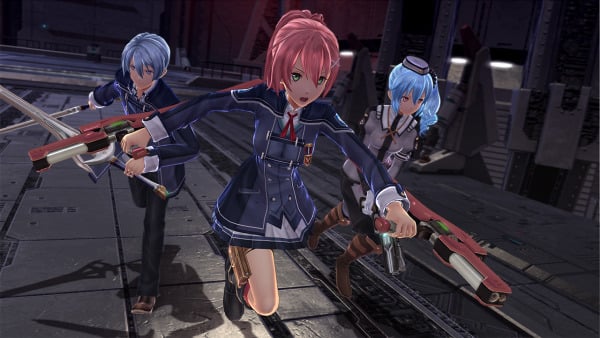 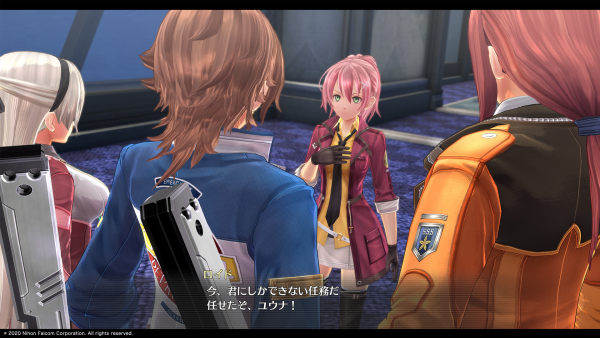 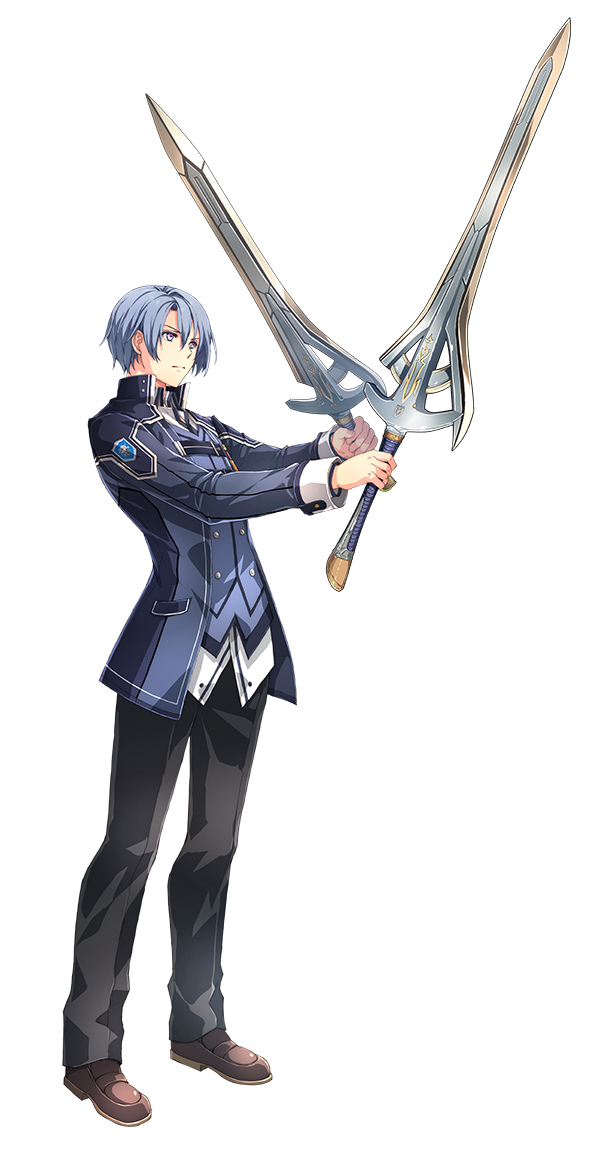 The second son of the elegant Vander family, he possesses masterful skills in dual sword wielding.

After his family was dismissed of its protective duties by the royal family, he was unable to find a path forward, but after spending time with Rean and his “Class VII” friends, he achieved growth with an honest mind.

During the disaster known as “The Great Twilight,” he opposed the Prince Cedric that he once protected. Although through a mutual clash of thoughts, he came to treat him as a person, a friend, and as a rival.

Afterwards, he decided to put his efforts into the literary and military arts until his graduation from “Class VII,” but whether it is his overly serious personality backfiring, he seems to be beginning to feel the limits of his own growth compared to others. 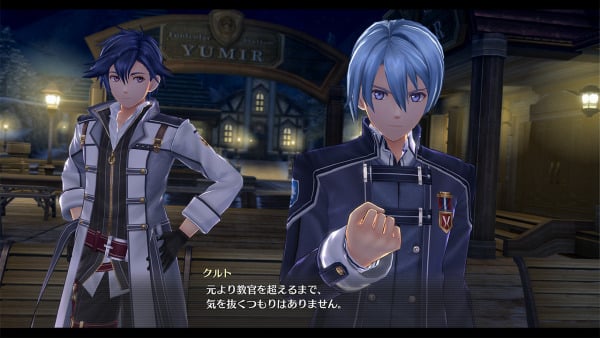 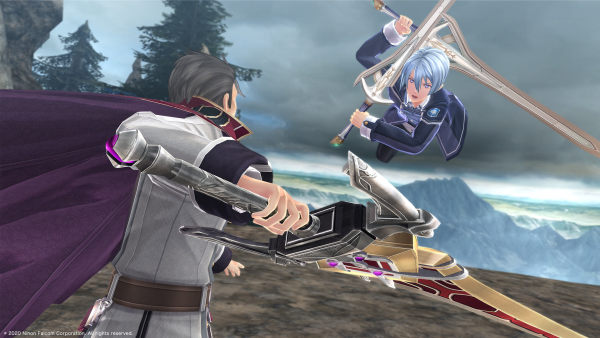 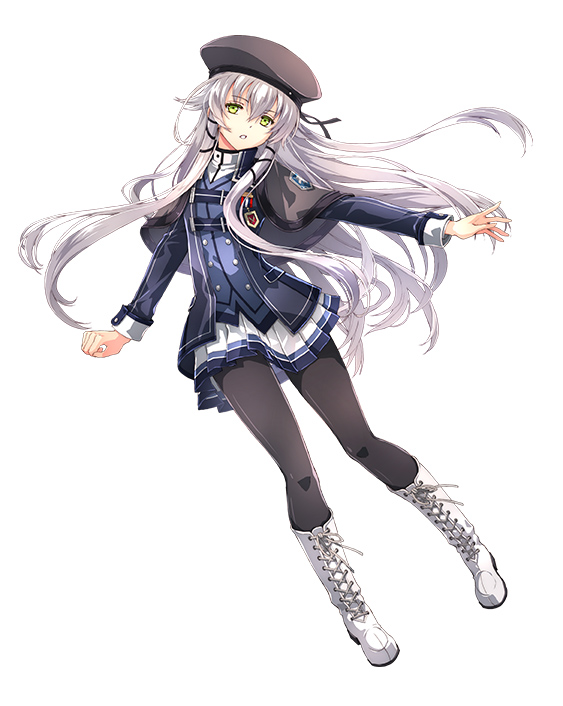 A homunculus created by a Gnome, she enrolled at the Thors Military Academy Branch Campus as an agent of the Intelligence Division.

While she lacked emotion at first, through the activities of “Class VII” and spending time with her classmates, she was able to express emotions appropriate for her age, and even eventually built a sister-like relationship with Millium, who initially annoyed her.

After the war, with the reorganization of the Railway Military Police and Intelligence Division that came with the disarmament of the Erebonian Empire, she chose to spend each day as a student of the branch campus over the life of an agent.

All the while, Altina accompanies Rean to his home town of Ymir—with a certain feeling in her chest. 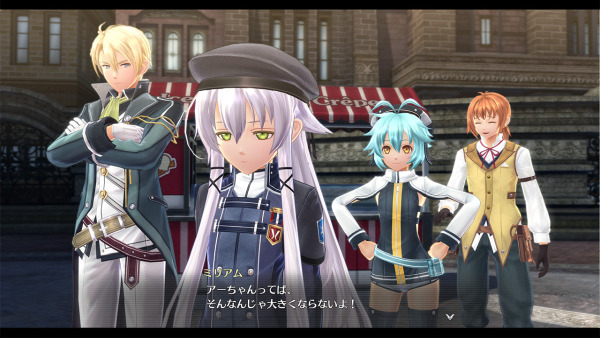 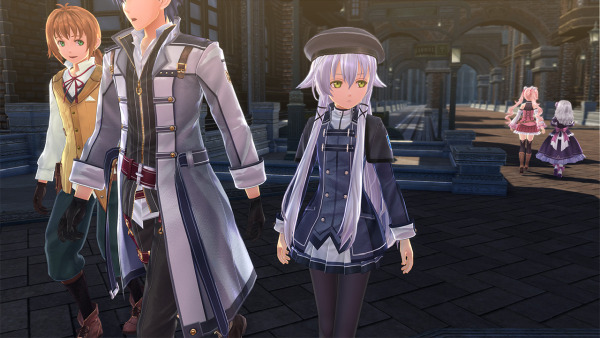 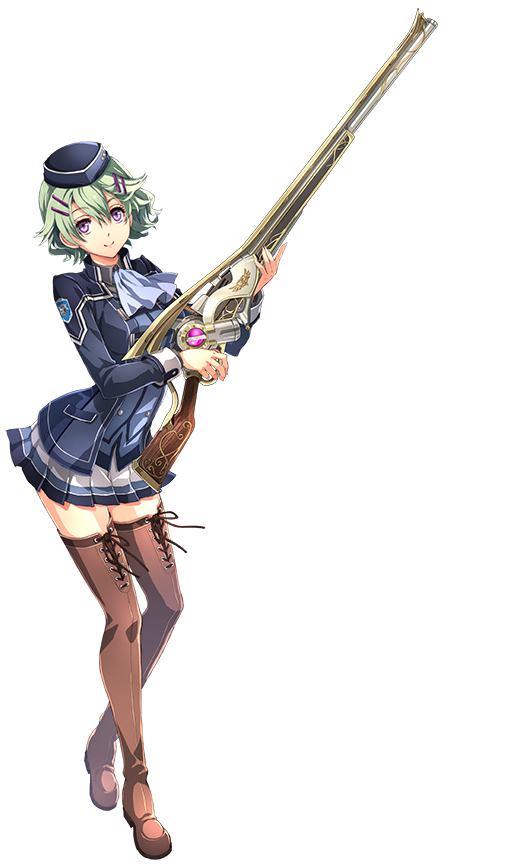 A girl who misleads others with her prim and proper behavior, she is burdened with the fate of becoming the next Duchess Cayenne. The Cayenne family is the highest ranking family among the Four Great Houses.

Utilizing her power as the “Mover” who saw the future from countless events at the branch school, she makes contact with the witch Vita Clotilde, who is working under the surface towards the war to come.

During the disaster known as “The Great Twilight,” she confronted the Imperial government as leader of the “Weissland Army,” and knowing that it will inflict a heavy price on the world, was prepared to sacrifice her life to reach a resolution.

After the war, she decides to continue her studies as a student of “Class VII.” The time that she has left before taking the center stage as Duchess Cayenne saved, she is making the most of the small amount of time she has left as the girl Musse. 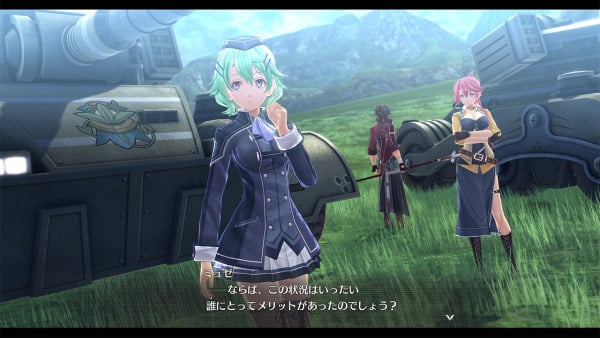 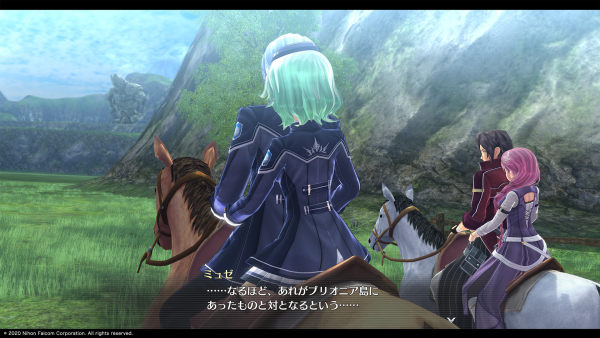 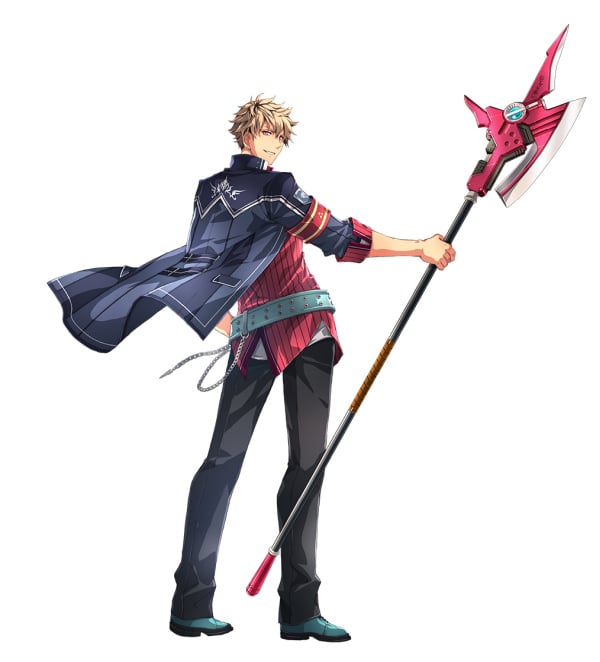 A delinquent youth who, while visibly rude and impudent, exhibits remarkable ability in all fields.

A tragedy that occurred at an early age resulted in him carrying the “curse” of the Empire in his left eye, and around the time he enrolled at the branch school, he committed the crime of opening fire on the Emperor.

During the disaster known as “The Great Twilight,” with the support of “Class VII,” he decided to fight against the “curse” through to its defeat. And to atone for the crime he committed, he fought in the war alongside Rean and his classmates.

Afterwards and freed from the “curse,” Ash returns to the Branch School. While studying as a member of “Class VII,” he seems to be wavering in purpose regarding the path he will take in order to move forward… 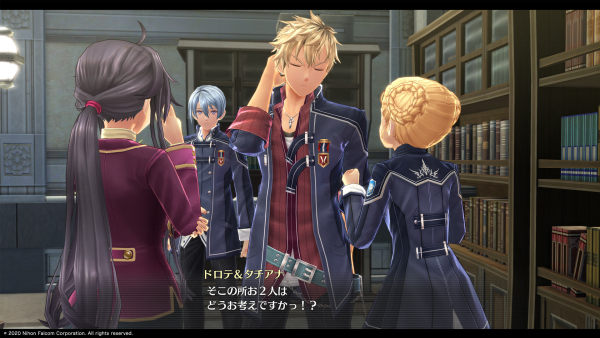 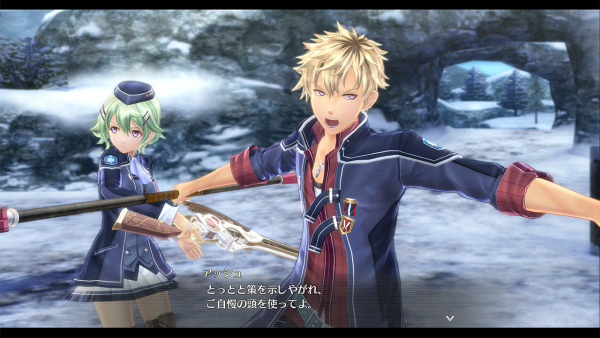