Falcom has shared new information and screenshots for The Legend of Heroes: Hajimari no Kiseki, the latest entry in its Trails series, detailing characters Crow Armbrust, Wald Wales, Garcia Rossi, Duvalie the Swift, Claire Rieveldt, and Sara Valestein, and the systems Scramble Raid and Illusion Hill.

“So you seem to know about me? I’m pleased to be the predecessor.” 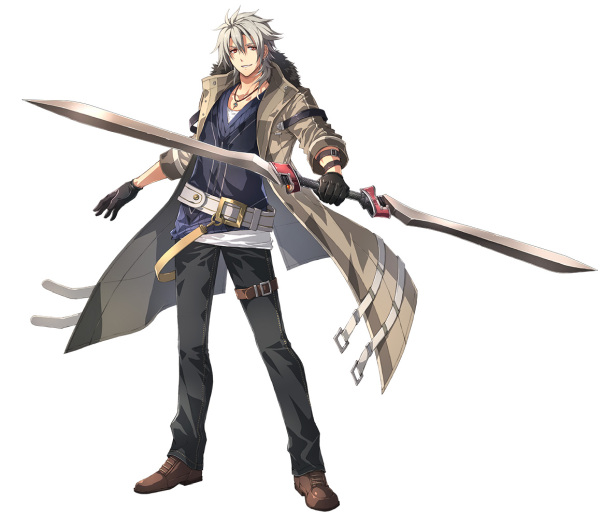 A man who spent his student days at Thors Military Academy with Class VII, Towa, Angelica, and George. Though he loves gambling and tends to be a bit of a class clown, he was a reliable upperclassman.

He vows to get revenge against Chancellor Osborne, who annexed his hometown of Jurai City State, and operates behind the scenes as the leader “C” of the terrorist organization known as the Imperial Liberation Front, but died after a struggle against Rean and the others in the final stages of the Civil War.

Afterwards, when disaster struck the Empire, he became an Immortal through the technology of the Black Workshop, but was eventually granted life as a human again by the power of the Sept-Terrion.

After the disaster, he temporarily returned to his hometown and discovers that somebody who uses the name “C” has established a “New Imperial Liberation Front,” and starts taking action on his own. 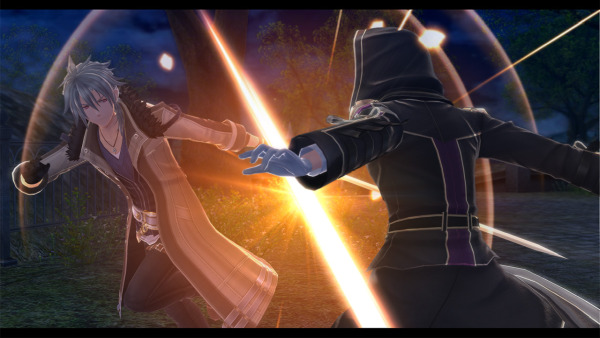 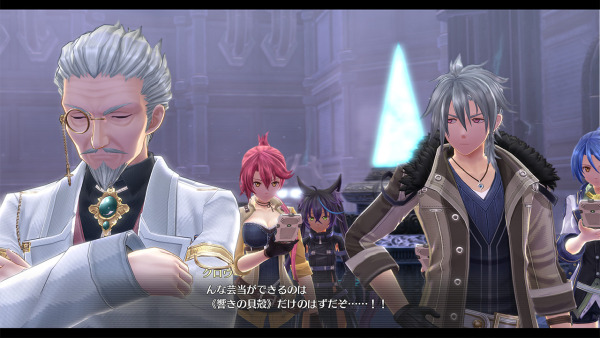 “I don’t care if anyone laughs at it, a man has to stand proud with his ‘pride.'” 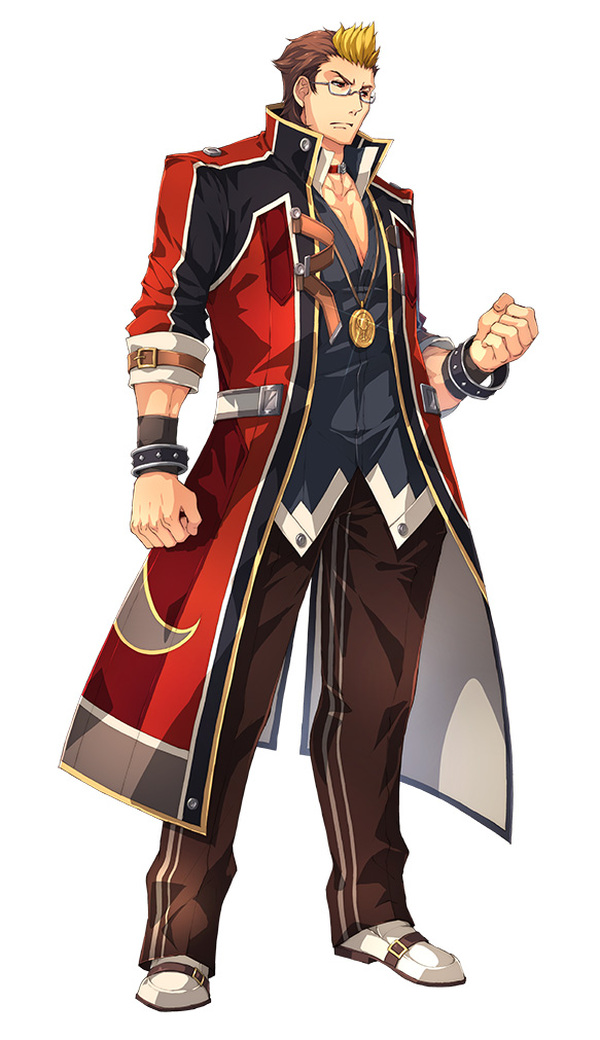 A man with a commanding appearance and esquire to Wazy, the guardian knight of the Septian Church.

He once led the delinquent group known as the “Saber Vipers,” but the “Demonization” caused by the drug Gnosis caused mental and physical abnormalities and he received treatment in the Holy City of Arteria.

Afterwards, despite various handicaps, through medical treatment and study under the Septian Church, he was recognized as Wazy’s esquire.

While he appears calmer than before, he does not seem to have forgotten the hungry spirit of his delinquent days, and still sees Wazy as a rival. 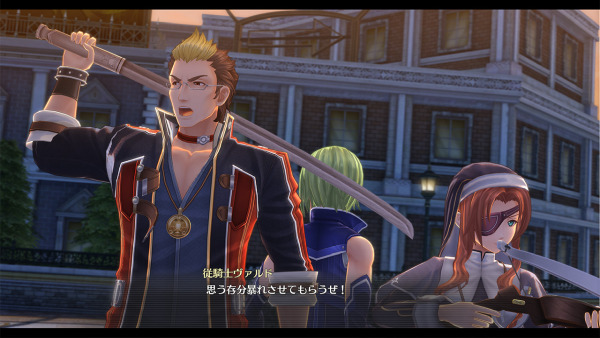 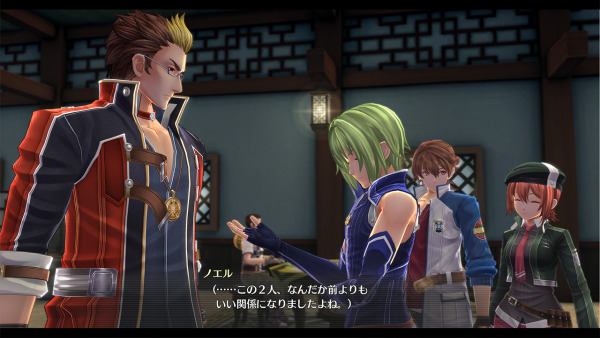 “You shouldn’t be on the battlefield with such half-hearted resolution, Lloyd Bannings!” 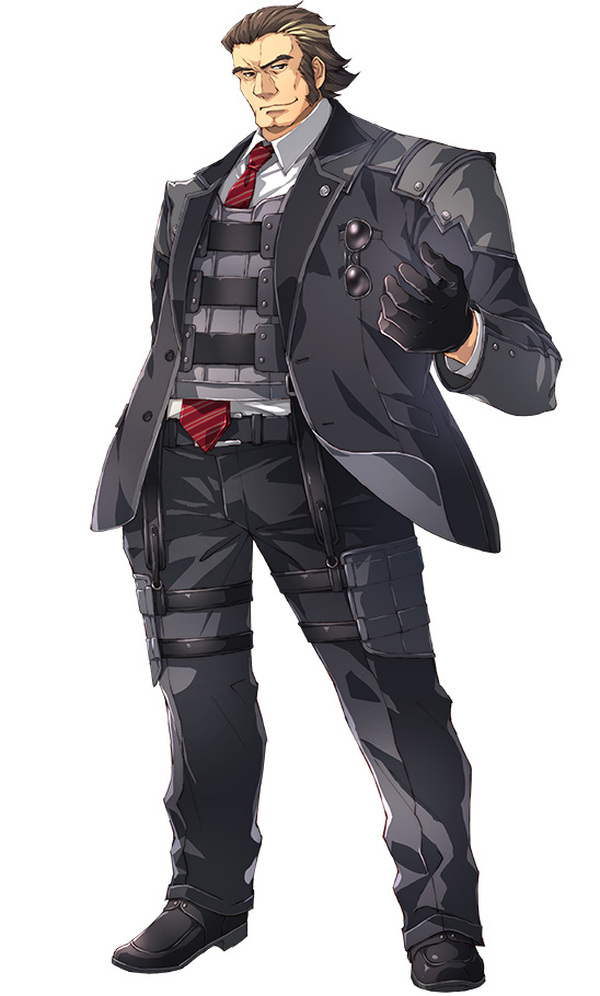 A strong-armed man with a giant figure, who loves pure muscle-based hand-to-hand combat, and also goes by the nickname “Killing Bear.”

A man of the underworld since youth, he went from commanding officer of the jaeger corps Zephyr to underboss of the mafia group Revache & Co., and feuded with the Cao Lee-led crime syndicate Heiyue in Crossbell.

Although he has committed numerous crimes, he is rational and faithful to humanity and justice, and has earned the trust of investigator Lloyd only in that respect.

In the Crossbell Independence Case of S. 1204, he motivated and cooperated with Lloyd, who was imprisoned by the Crossbell Defense Force, to help him escape.

After that, he was peaceably captured by the Defense Force and chose to atone for his crimes in jail. 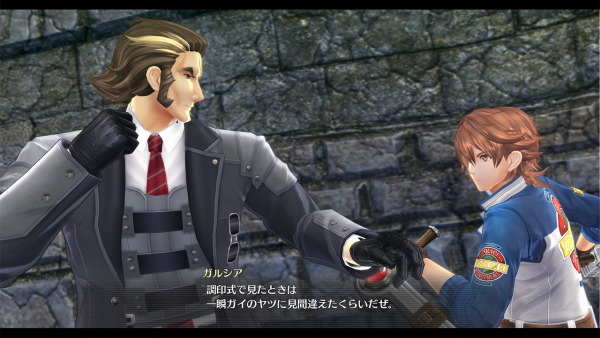 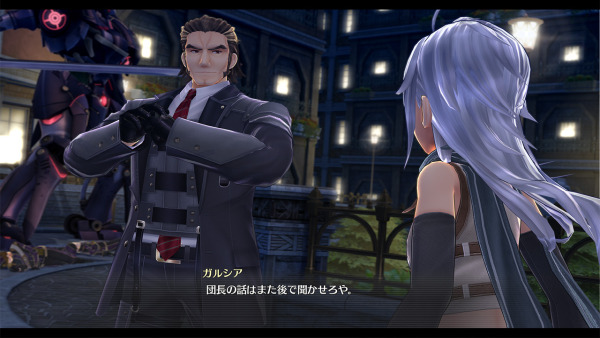 “Scoundrels! In the name of The Stahlritter, you shall be punished!” 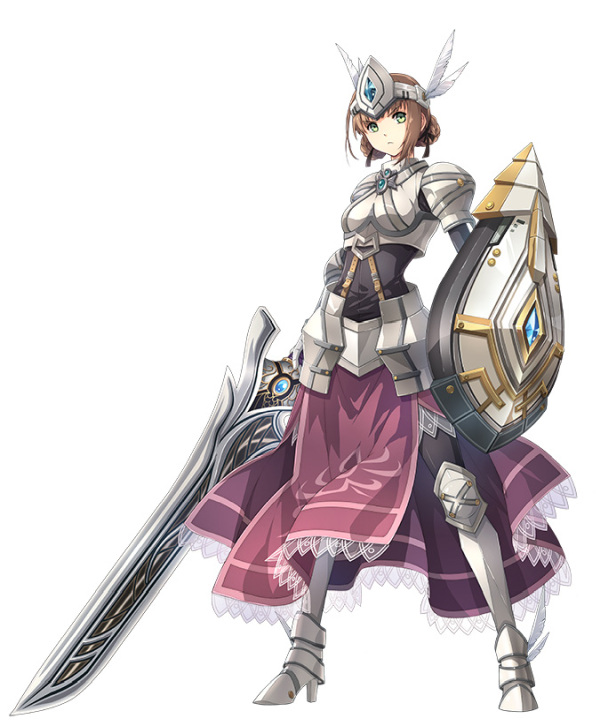 A Valkyrie and the head knight of The Stahlritter in the secret society Ouroboros. She is known by the name “Duvalie the Swift” for her high-speed sword skills.

During the disaster known as “The Great Twilight,” she kept her distance and temporarily cooperated with enemies Rean and the other current and former members of Class VII to inquire about the truth to her master Arianrhod, who had shown mysterious movements in the Society.

Working with Class VII, discovering the hopes of Arianrhod, and witnessing the end of her life made Duvalie grow as a swordswoman and a human being.

Afterwards, although a member of the Society, she decided to carry out her own justice as the head knight of The Stahlritter.

Clad in armor once again, she appears before the guards operating behind the scenes in Crossbell. 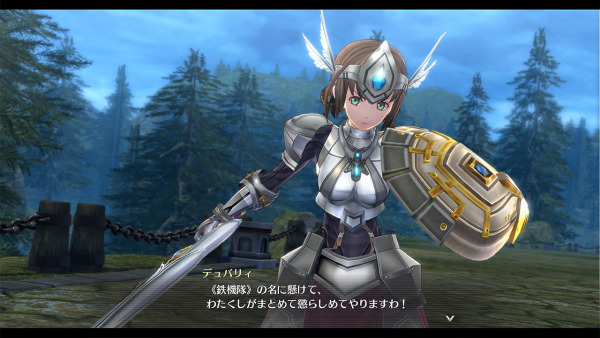 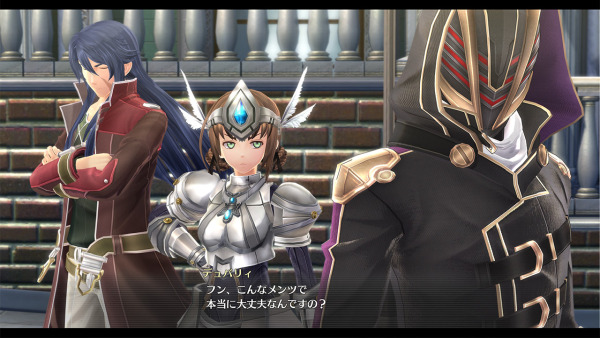 “Someday, I’m sure—the day will come when I like myself again.”

A major in the Railway Military Police and former member of the Ironbloods.

She has a deep gratitude for Chancellor Osborne, and was a ruthless pawn for the Chancellor and opposed Rean and the others in “The Great Twilight” disaster that struck the Empire.

She was prepared to take her own life when the outcome of the battle was decided, but later changed her mind and decided to join the Railway Military Police, which lost its status as a government entity, to rebuild the Empire following the disaster.

In the current Railway Military Police where freedom is limited, she spends each day up to her neck in work as if to continually atone for what she has done. 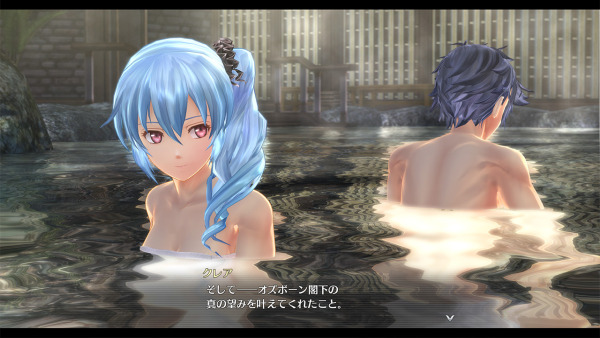 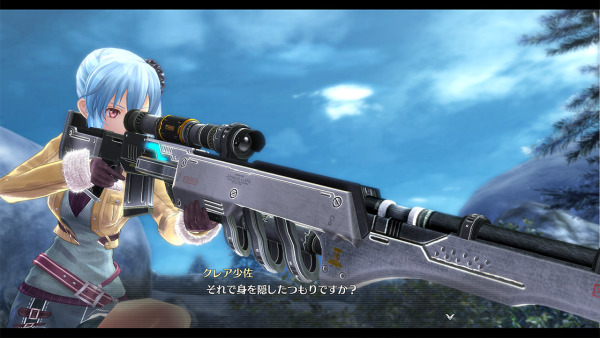 “I’ll push your back anytime you need it. After all, I’m a ‘cool young lady.'” 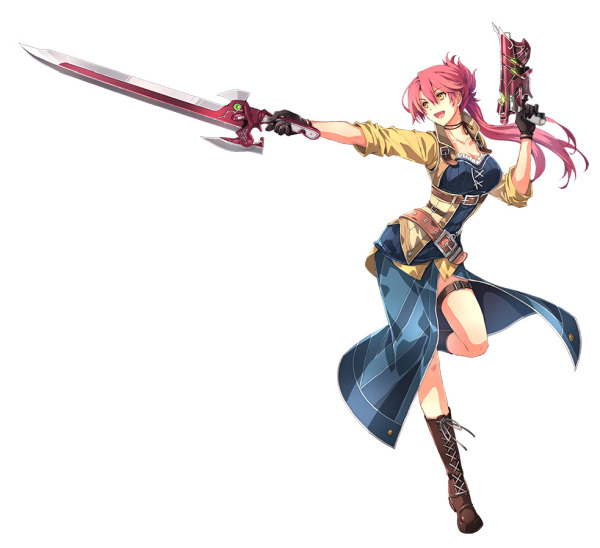 The former instructor of Class VII when Rean and the others were students, and an A-rank bracer known by the nickname “Purple Lightning.”

As a war orphan from North Ambria State, she was raised by Captain Valestein, the founder of the “Northern Jaegers.”

Her heavy drinking and irresponsible private life are unfortunately the same as ever.

After disaster struck the Empire, she resumed full-time activities as a bracer.

While cooperating with the Crossbell branch, which resumed activities after re-independence, and junior bracer Fie, she is actively working all over Zemuria. 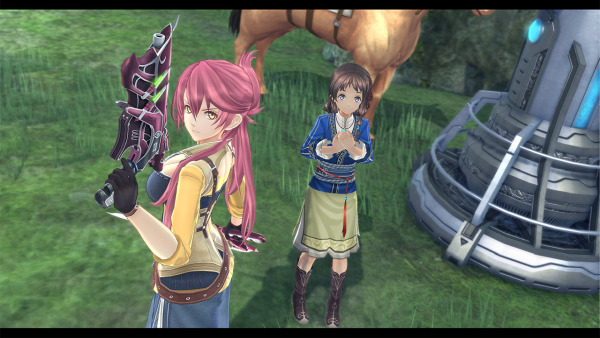 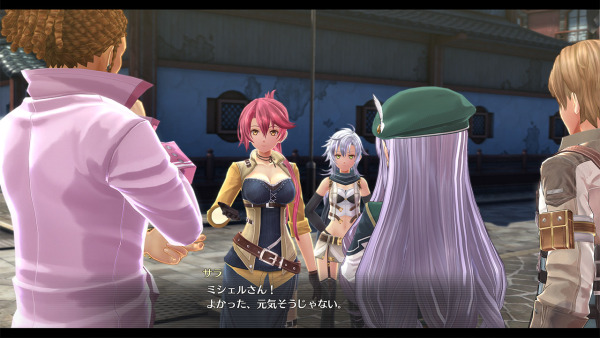 In the “Reverie Corridor” dungeon, some treasure chests have a “Wedge of Hollows” encircling them, which prevent anything outside the wedges from accessing them.

By examining a Wedge of Hollows, you can activate a special battle called “Scramble Raid” in order to release the wedges. 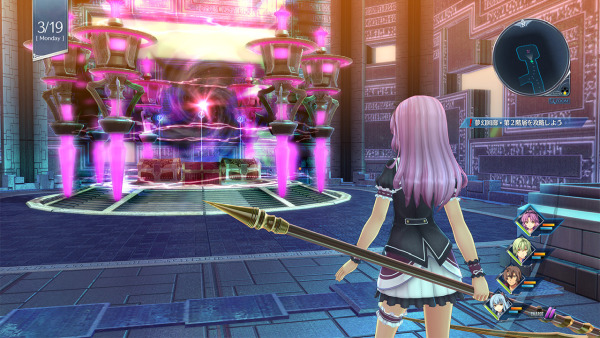 The flow of a Scramble Raid battle: 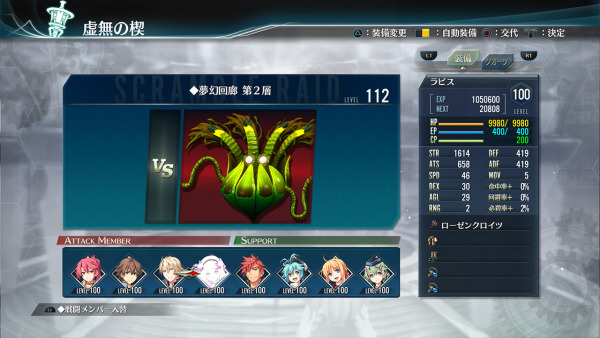 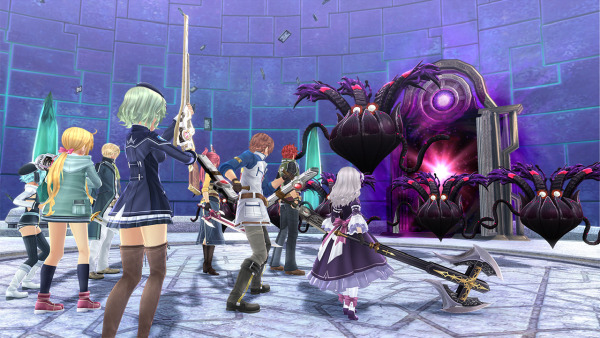 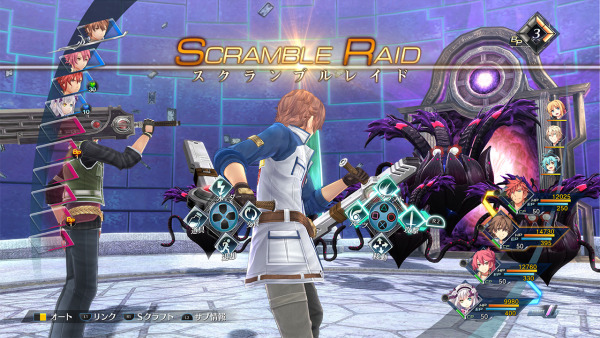 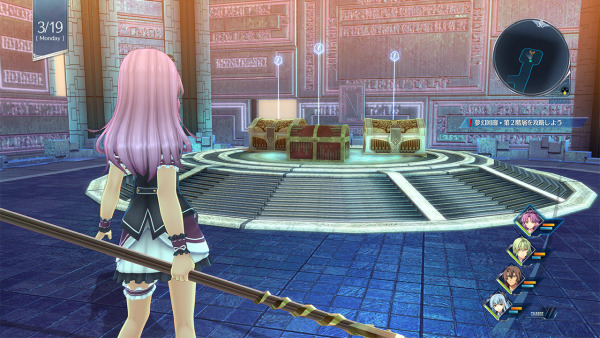 Illusion Hill: A Special Area in Reverie Corridor Where You Can Obtain Sepith and Rare Items

While playing through the Reverie Corridor, a mysterious gate may appear in the dungeon. By entering this gate, you can access a special area called “Illusion Hill.”

The sky and natural terrain of Illusion Hill are expansive, and its structure is completely different from Reverie Corridor.

In Illusion Hill, there are many elements that benefit the player, including “Guardian Beasts” that drop Sealing Stones (which allow you to unlock character episodes and playable characters) and objects you can break to acquire Sepith. 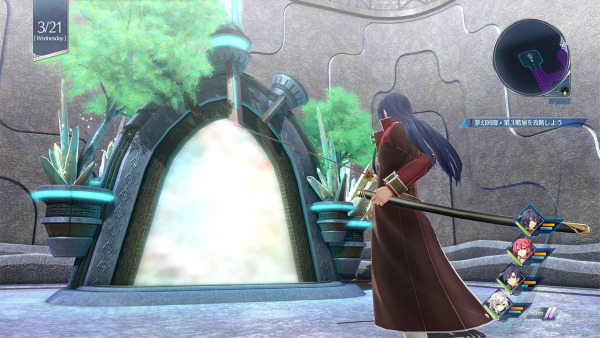 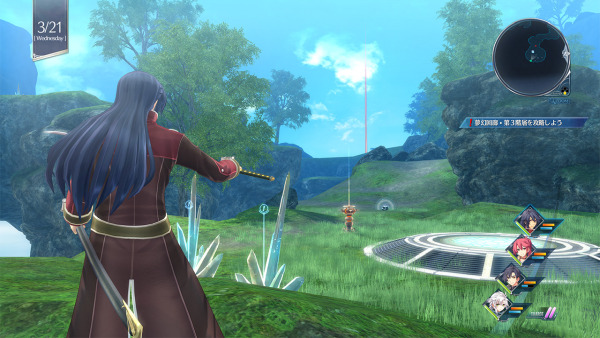 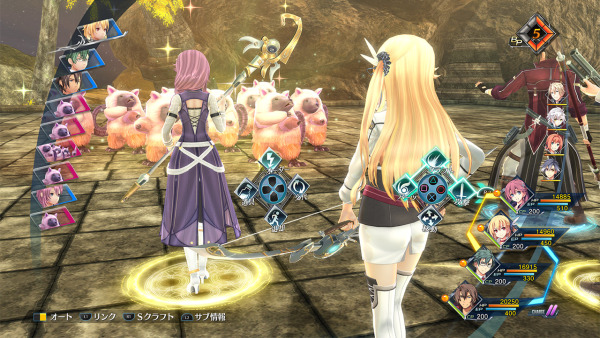