Sol Divide: Sword of Darkness coming to PC on July 20 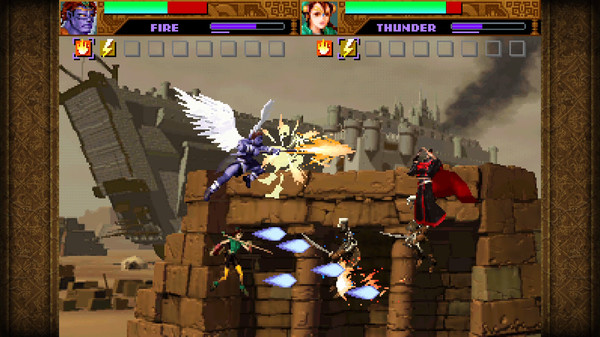 City Connection will release the 1997-released, Psikyo-developed shoot ’em up Sol Divide: Sword of Darkness for PC via Steam on July 20, the company announced. It will support both English and Japanese language options.

Here is an overview of Sol Divide: Sword of Darkness, via its Steam page:

Prevent the resurrection of the ancient evil gods. Enter the world of sword and sorcery….

Sol Divide is a horizontal-scrolling shooter game that first appeared in arcades in 1997.

You can use a normal shot, a direct attack that can be slashed up and down, and 11 different types of magic attacks!

Be the world’s best warrior mage!