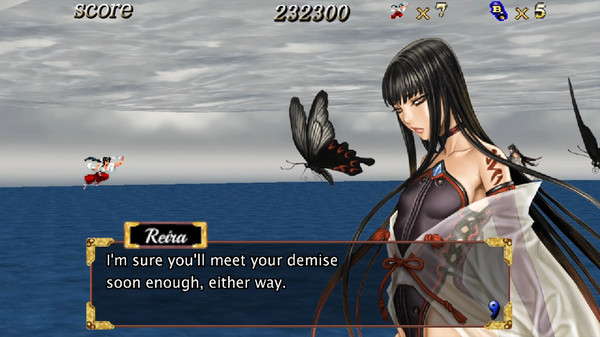 City Connection will release the 2005-released, Psikyo-developed shoot ’em up Samurai Aces III: Sengoku Cannon for PC via Steam on July 13, the company announced. It will support both English and Japanese language options.

Here is an overview of Samurai Aces III: Sengoku Cannon, via its Steam page:

The most unique feature is that the score multiplier jumps when you take down an enemy with the Cannon Shot.

Also, the storyline is dramatic for each character.

In Practice Mode, you can choose the difficulty and stage.

It supports both beginners and experts.

Jason ⋅ Disgaea 6: Defiance of Destiny – 23 minutes of gameplay ⋅ 11 minutes ago