The third Psikyo shoot 'em up coming to PC. 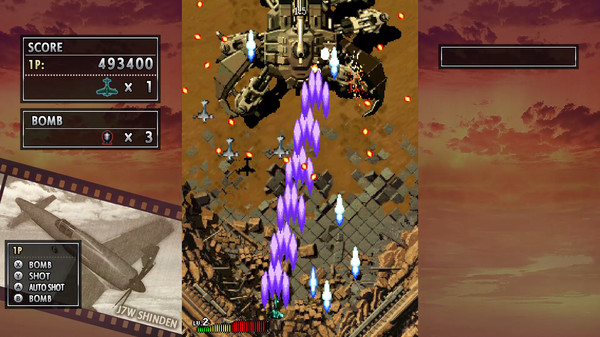 City Connection will release the 1997-released, Psikyo-developed shoot ’em up Strikers 1945 II for PC via Steam on May 29, the company announced. It will support both English and Japanese language options.

Strikers 1945 II will be the fourth in a series of Psikyo-developed shoot ’em up titles to come to PC. The first was Strikers 1945 on April 30, which will be followed by Gunbird on May 11 and Samurai Aces on May 20.

Here is an overview of Strikers 1945 II, via its Steam page:

Easy to play, hard to master. The masterpiece of Psikyo shooting!

Strikers 1945 II is a vertical-scrolling shooter game that first appeared in arcades in 1997.

The new “Super Shot” is a flashy special attack that consumes your gauge to release. It’s more strategic and exhilarating than ever!

In addition, now we have online rankings! Become the worlds best Striker!