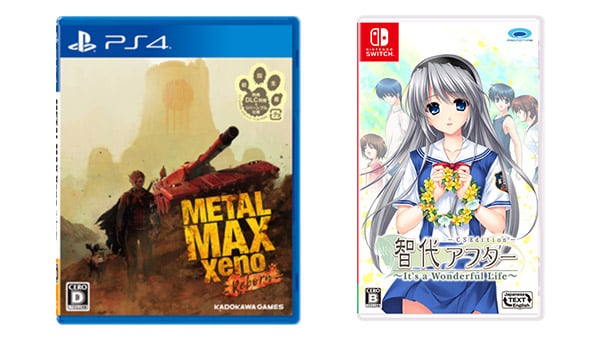 Metal Max Xeno: Reborn for PlayStation 4 and Switch, and Tomoyo After: It’s a Wonderful Life CS Edition for Switch are the highlights of this week’s Japanese video game releases.

Tomyo After: It’s a Wonderful Life CS Edition is a new story following the events of the popular visual novel Clannad. It also includes the dungeon crawling RPG mini-game “Dungeons & Takafumis.” While the audio is Japanese-only, the text can be switched between English and Japanese at any time, including in-game text, options, and the digital manual. There is also a “Tomopedia” that acts as an in-game guide to Japanese terminlogy, cultural notes, and more. The game also offers touch screen play and single Joy-Con play. Read more here.