Modify your tank to its maximum potential.

■ 1. Light the Flame of the Hunter Spirit!

—Full-scale tank modification can be performed by selecting “Garage” from the “Terminal” located at the parking space in the Iron Base. 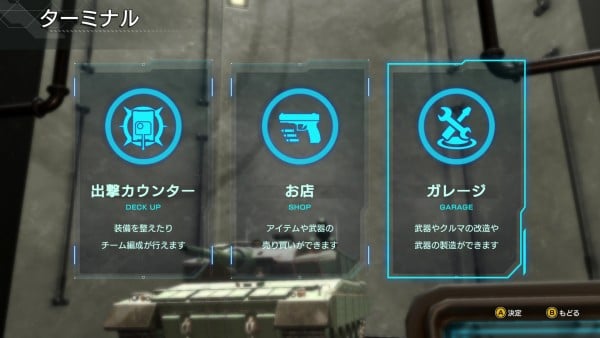 Fixed weapons have been done away with entirely. Freely customize up to five weapon slots.

The turrets for every tank you acquire can be customized with any weapon you like, with up to five unlockable and modifiable weapon “slots.” Since “fixed” weapons have been done away with entirely, you can freely equip the tanks you acquire with whatever weapon you like.

—Although tanks are already equipped with open weapon slots, you can change the slot type or create slots in locations were no slots exist. Here is a look at at the protagonist’s initial tank, the Modded MK10, with every slot changed to cannon type. 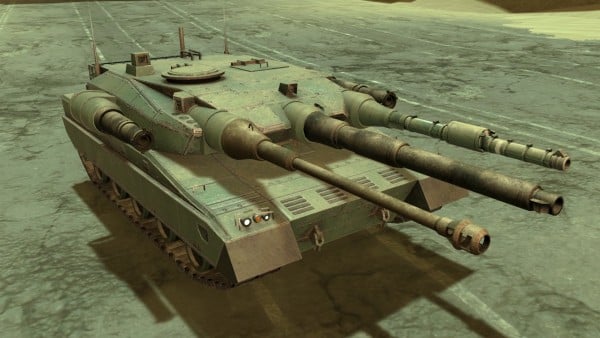 Enjoy endless possibilities with combinations of up to five special chips.

Just like turret modification, you can unlock up to five special chip sockets in the Garage for each tank you acquire. Thanks to this, there are no longer restrictions from equipping C-Units and special chips unique to the tank such as with previous entries in the series, allowing you to freely combine the special chips in your possession with your favorite tank.

—The Bizonte F tank can be obtained in the first half of the game. At first, it only has two special chip slots, but you can open another slot to make three slots and combine “active chips” and “passive chips.” This tank is equipped with “Double Rush,” “Cannon Support,” and “Critical Hit.” The simultaneous firing power from its two guns has been significantly enhanced. 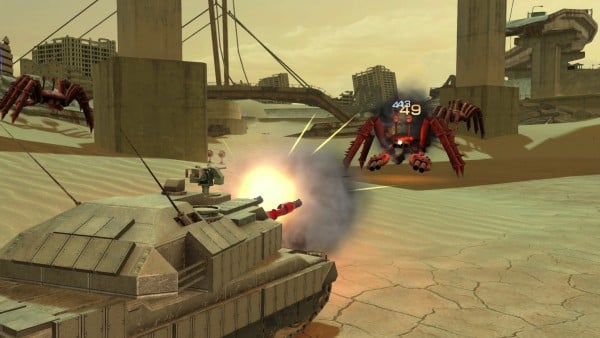 Reinforce your tank’s defense power to match your preferred style and reduce its weight.

While you can increase your tank’s defense power like previous entries in the series, you can also try to reduce its weight to be able to equip more weapons. Modify the chassis itself to match your preferred style.

—By reducing the weight of the chassis, you can go from machine guns-centered small weapons to an attack-specialized Monster Buggy equipped with heavy weapons such as S-E (special equipment). Try to further reduce the weight of the tank to equip heavier weapons. 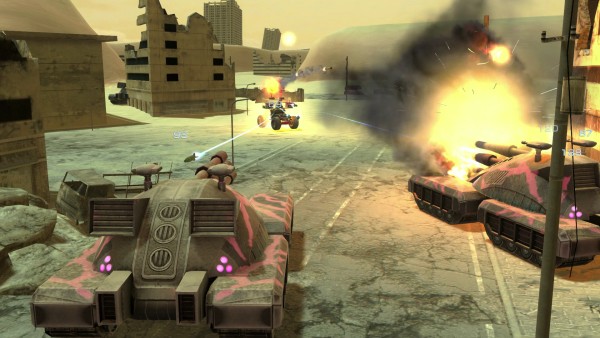 Every tank that appears can be converted to a double engine tank, expanding your options for modification.

The special chip “Double Engine,” which allows you to install two engines in your tank, converting it to a double engine and filling three sockets, can be implemented across all tanks. “Double Engine” is a valuable special chip that is difficult to obtain, so carefully examine the tank you are going to convert, then proceed with the modification.

—From an initial state Li’l Squirt to one equipped with the special chip “Double Engine,” the tank boasts an “Anti-Beam Barrier” to properly defend against Grifters, whose powerful beams pose a threat to your survival. 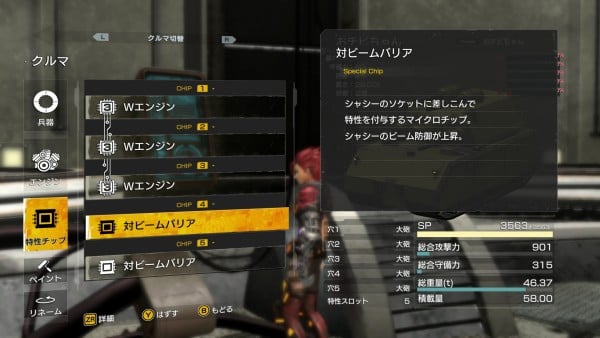 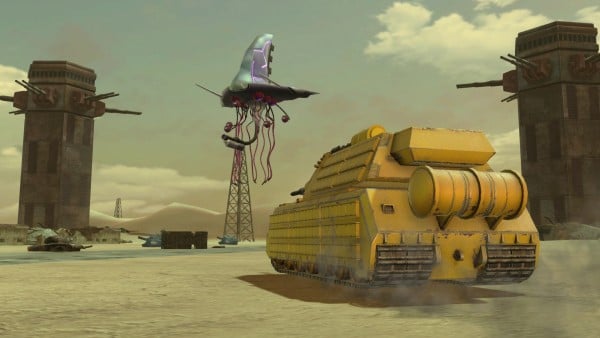 ■ 2. Introduction to Three Tank Types and the “Wolf”

“Tanks” are the steel companions the Metal Max series cannot do without. To survive in the harsh century’s end world of Metal Max Xeno: Reborn, where powerful monsters roam freely, Hunters must understand the characteristics of each tank, master their control, and modify them with enhancements.

Here we will introduce three types of tanks that appear in Metal Max Xeno: Reborn, as well as the Metal Max series’ signature tank, Wolf.

The Wild Bus has been revived in Metal Max Xeno: Reborn. Boasting a strong style plated with iron in the front chassis, the glass-free windows on the side and rear enhances the century’s mood of the vehicle. 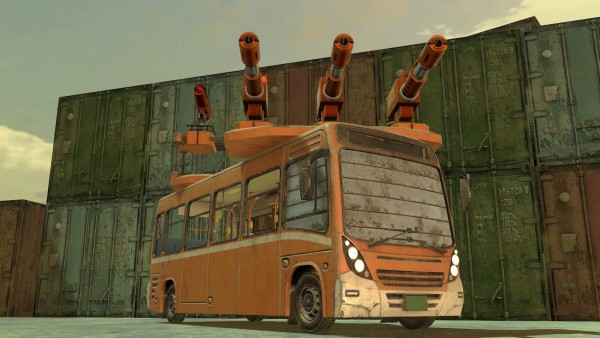 As one of the few general vehicle type chassis, its movement speed and evasion ability are among the best in appearance models, and it also boasts a defensive power relatively strong for a lightweight class.

Utilizing its high potential can lead to unexpected roles for this vehicle, such as equipping heavy weapons to the unique turrets above the vehicle, making it a lightweight class with the ability to launch an instantaneous onslaught.

—The Wild Bus has a unique build that allows passengers to see out of the glass-free windows from the side. Usually, the scenery on a trip with your companions is situated at the top of the chassis, but with the Wild Bus, the feeling of the journey is entirely different. (The last image is of a Modded MK10.) 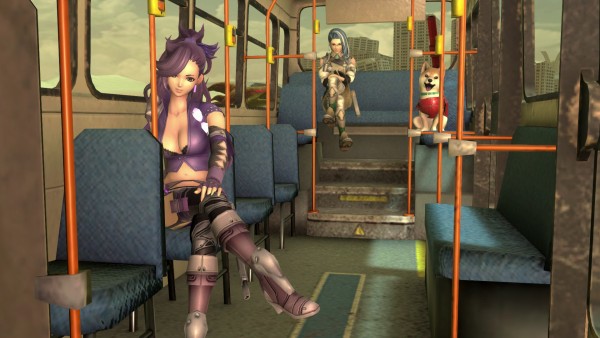 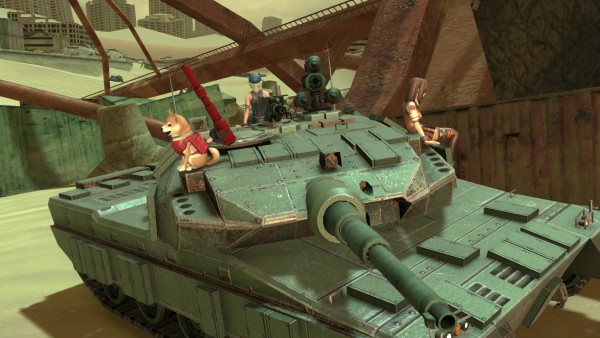 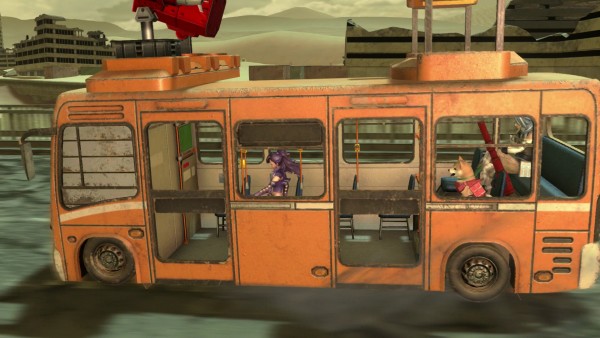 A high-performance, middleweight tank modeled after a real-life, next-generation tank being developed in a certain country. Its stylish scientific weapons are a fine match for its elegantly curved and beautiful chassis. By utilizing the basic performance and high modification potential appropriate for its next-generation title, it will undoubtedly become a steadfast attacker that can survive long battles from start to finish. 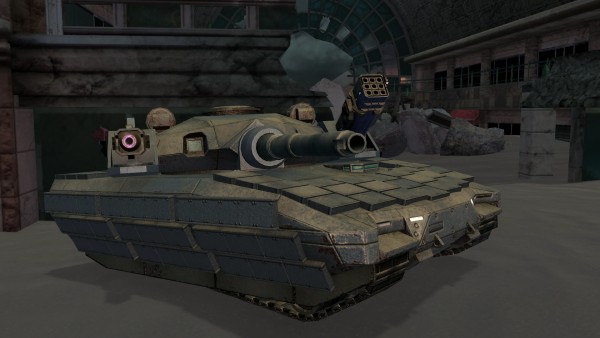 —An elegant chassis equipped with scientific weapons such as beams. Mop the floor with monsters by hitting them in their weak spots.. 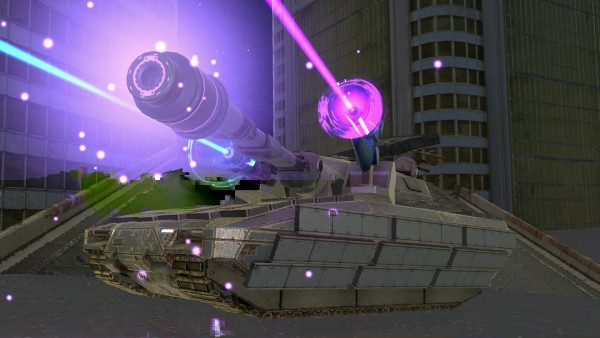 A tank that can be obtained by defeating the superdreadnought class, tank-type monster of the same name. Its large body covered in armored tiles make it a true mobile fortress. When you first acquire it, its double engine-converted chassis will feature many powerful weapons. By improving its defense power to the maximum through tank modification, it will become an iron fortress that can sustain the battlefield until the very last moment with steady firepower. 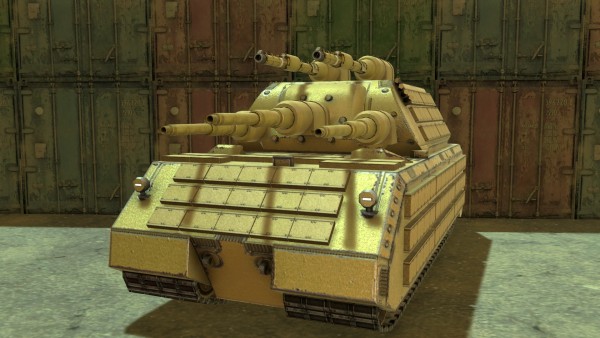 —Li’l Squirt is one of the game’s “Wanted” monsters. By defeating it, you can free it from its hacking and obtain it as a playable tank. 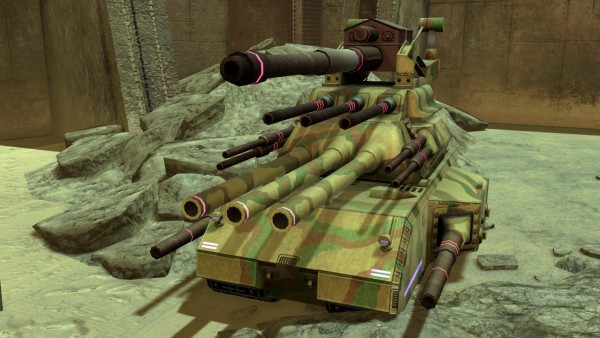 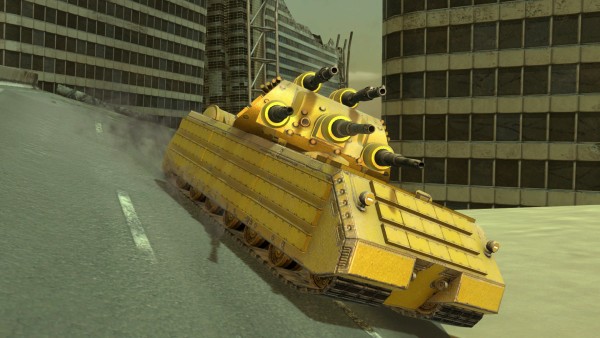 Modeled after the Merkava mkII, this is the Red Wolf tank nicknamed the “Scarlet Revenger.” The Wolf has appeared in the Metal Max series since the very first game and is loved by players ever since. Unlike the original Metal Max Xeno, this is not the player’s initial tank in Metal Max Xeno: Reborn—it is instead obtained in the middle of the game. 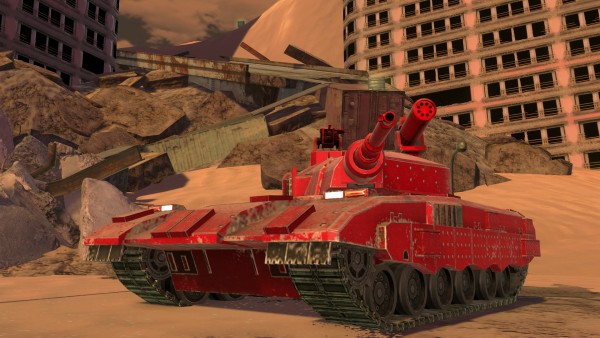 Since the Wolf has prominent modification potential even among middleweight tanks, it is an all-purpose type that allows various different modification patterns, from swift attacker to endurance fighter, so you can modify it to match the abilities of its passengers and other tanks.

The Wolf will undoubtedly become your ace in the hole against the much more powerful monsters that appear in the latter half of the game.

—Talis and Pochi stand beside the crimson red Wolf. The protagonist’s preferred tank is truly a sight to behold. 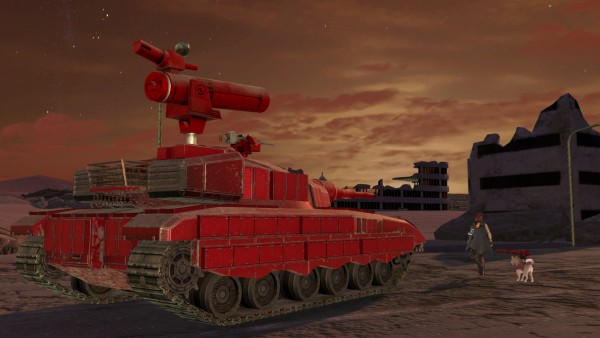 Metal Max Xeno: Reborn is due out for PlayStation 4 and Switch on July 9 in Japan. Read more about the game here, here, and here.

💎Junsui no Houseki💎 ⋅ Famitsu Review Scores: Issue 1677 ⋅ one minute ago