Another busy week of new releases. 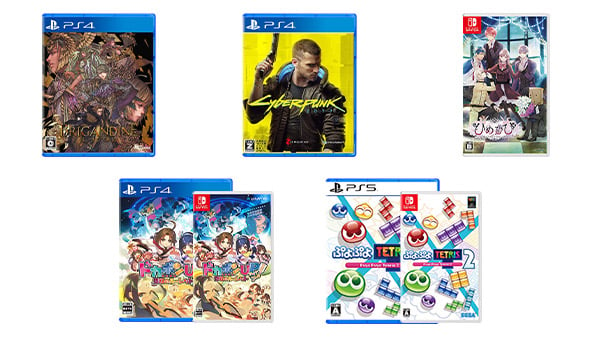 This week’s Japanese game releases is highlighted by the long-awaited Cyberpunk 2077, Puyo Puyo Tetris 2, the Utawarerumono-themed Dokapon UP! Mugen no Roulette, the PlayStation 4 version of Brigandine: The Legend of Runersia, and more.