A look at the female protagonist in action. 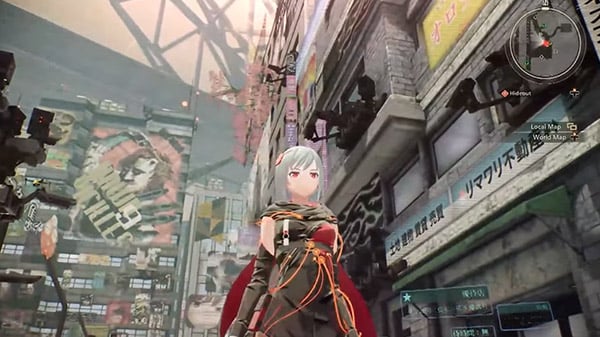 The footage introduces the hideout, a hub area where all the characters hang out; gifts, which can be given to allies to increase your bonds and strengthen the abilities you can borrow from those characters; the neo-futuristic urban cityscape inspired by 90s Japan; and combat with Kasane and new party members; as well as a brief look at cosmetic accessories.