Fastest-selling console in the history of Sony Interactive Entertainment. 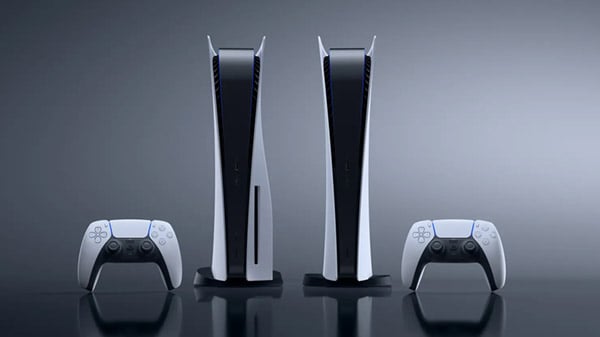 The company also announced sales numbers for some of its first-party titles:

“I can’t express enough the deep gratitude we feel for our passionate community of PlayStation fans who have embraced PlayStation 5, and the world-class development and publishing partners who bring such incredible gaming experiences to our platforms,” said Sony Interactive Entertainment president and CEO Jim Ryan in a press release. “While PlayStation 5 has reached more households faster than any of our previous consoles, we still have a lot of work ahead of us as demand for PlayStation 5 continues to outstrip supply. I want gamers to know that while we continue to face unique challenges throughout the world that affect our industry and many others, improving inventory levels remains a top priority for Sony Interactive Entertainment.”

Find a message from Sony Interactive Entertainment senior vice president and global head of business operations Veronica Rogers on the sales milestone below.

We are thrilled to announce that as of July 18, 2021, we have sold more than 10 million PlayStation 5 consoles globally. This makes PlayStation 5 the fastest-selling console in the history of Sony Interactive Entertainment and we couldn’t be more excited about the amazing response of our fans.

Pushing through supply challenges and a global pandemic, we’re proud to have delivered a transformational gaming experience that is captivating players around the world. Everyone at Sony Interactive Entertainment put their all into making the PlayStation experience better than ever. I’d like to call out a couple of teams who made especially important contributions.

Since the console launched in November, PlayStation Studios has accelerated the momentum of incredibly successful titles that showcase the capabilities of PlayStation 5. Looking ahead, the lineup of exclusive games coming from PlayStation Studios includes a new God of War from Santa Monica Studios, Gran Turismo 7 from Polyphony Digital, and Horizon Forbidden West from Guerrilla Games. Some of the highly anticipated games from Sony Interactive Entertainment’s partners include Battlefield 2042 from Electronic Arts, Deathloop from Bethesda, Far Cry 6 From Ubisoft, and Kena: Bridge of Spirits from Ember Lab.

Additionally, our Hardware Engineering and Operations team was vital in providing the resources to build the physical PlayStation 5 units and partnered with our global Business Operations teams to deliver PlayStation 5 from its origin point to markets and customers around the world. Both of these teams, and their tireless efforts, were absolutely critical in delivering 10 million units during this historic year.

We are incredibly grateful to our fans for the terrific reception of PlayStation 5 and our growing portfolio of gaming entertainment. Without your support and confidence, this early success would not have been possible. We are making steady progress with available global supply and can’t wait for the day when everyone who wants a PlayStation 5 can easily get one.

Our commitment to supporting PlayStation’s entire community, across all platforms and services, has never been stronger. So, wherever gamers are on their journey with us, we are committed to making sure that PlayStation is the best place to play.