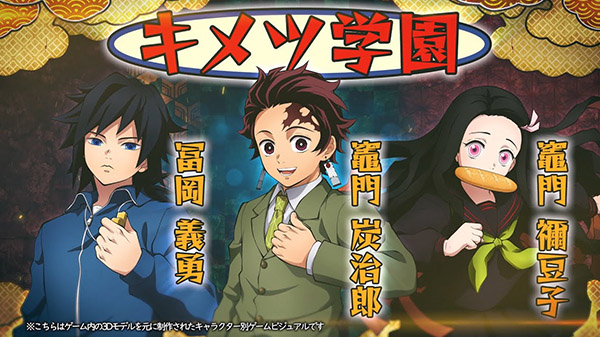 Kimetsu Gakuen Tanjiro Kamado is a polite, but stubborn young man who will not remove his late father’s earrings even if it is against school regulations; Kimetsu Gakuen Nezuko Kamado is a girl with French bread in her mouth who cannot wake up at all in the early morning; and Kimetsu Gakuen Giyu Tomioka is a physical education teacher too Spartan to teach.

The following character visuals for the three characters were created by CyberConnect2 based on their in-game 3D models: