Solve the case, return to step one, and progress the story.

During Investigation Simulation Parts, you investigate the case while directing the detectives like pieces on a game board. The detectives on the map will determine their actions on their own. However, you can only “intervene” in and change the actions of detectives whose trust you have earned. Each detective has different stats for “movement,” “deduction,” “verification,” “cooperation,” and “investigation,” and utilizing each detective’s strengths is the key to solving the case.

Threats to the Investigation

Various obstacles will stand before the detectives during Investigation Simulation Parts.

—Attack of the Outlaw Detective

The Outlaw Detective moves to pursue the Incompetent Detective! Guide him, draw him away from the other detectives, and use that time to investigate.

An invisible threat approaches the detectives! Discover and take care of traps with detectives who specialize in “investigation,” such as The Suffering Detective.

Deduce the case and find the culprit!

By combining the evidence and information collected during the Investigation Simulation Part, you can expose the tricks behind the case, make a deduction, and find the culprit. Making continuous incorrect statements or wrong deductions will lose you the trust of the other detectives and result in a “Game Over.”

By investigating “Word Points” during Adventure Parts and Investigation Simulation Parts, you can acquire “sayings.” By viewing the Glossary, you can learn more information about the detectives that appear in the game, as well as the Detective Alliance. Although not required to clear the game, the Glossary contains exclusive information not available elsewhere, so be sure to fill it up. 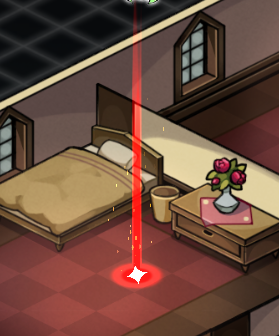 The detectives’ profile information will be updated as you progress through the story and as you view specific events during Investigation Simulation Parts. Detective profiles contain various information, including their real names, hobbies, skills, upbringing, and past careers.

Tantei Bokumetsu is due out for PlayStation 4 and Switch on May 27 in Japan. Read more about the game here and here.