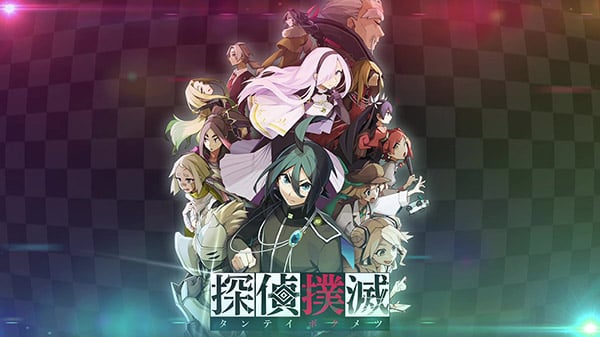 Nippon Ichi Software has released the opening movie, and first information and screenshots for its newly announced detective simulation adventure game Tantei Bokumetsu, which is due out for PlayStation 4 and Switch on May 27 in Japan for 6,980 yen.

First, here is the opening movie:

Every character is a detective! Tantei Bokumetsu is a detective simulation adventure game in which 14 detectives confront a serial killer. Each character is a member of the “Detective Alliance,” an organization made up of top detectives. A range of detectives with unique personalities will appear, from the “Incompetent Detective” protagonist, to the “Armored Detective” clad in armor, “Literary Detective” with an excellent memory and love for books, “Netherworld Detective” who specializes in the occult, and more.

This case cannot be solved by one detective alone. During the game, investigation parts in which the detectives investigate will occur. However, the player’s avatar—the Incompetent Detective—does not have a special skill. So the key is for the player to give detailed instructions to their reliable detective colleagues and have them carry out the investigation on your behalf.

“Yatsuzakikou” is a serial killer who has killed more than 100 people and thrown the country into chaos.

To put an end to his murder spree, the finest members of the “Detective Alliance,” an organization made up of only the top detectives, launch a joint investigation.

Around the same time, an ordinary boys’ high school student named Wato Houjou, who longs to become a detective, arrives at a remote island where the Detective Alliance is headquartered under the guidance of a mysterious man named “The Sage Detective.”

On the island, Wato could not hide his excitement at meeting the Detective Alliance he so admired. However, when the detectives suspected him to be Yatsuzakikou, he was at a loss for words.

Yatsuzakikou had already infiltrated the island, and many detectives have been murdered.

To clear his name, Wato and the Detective Alliance leader, the “Ideal Detective,” launch an investigation.

14 detectives remain alive. And Yatsuzakikou is among them.

A nationally recognized organization made up of 100 detectives. It takes on cases regardless of person, business, police, or government, dispatching detectives deemed qualified for each case and solving a vast number of cases every day. When a case is solved, the detective that led the case is paid a reward and the “Detective Ranking” fluctuates.

The ranking of the detectives in the Detective Alliance. Ranks are determined by each detective’s achievements, and the higher their rank, the more difficult the cases they can be assigned. This hierarchy is inevitable in a group of egoists such as detectives. It exists to avoid conflicts of opinion in situations where detectives disagree and cannot come to a resolution, enabling the opinion of the higher-ranking detective to take precedence unless there is clear evidence supporting the opposing argument.

A total of 14 detectives survived on this remote island with no means of communication to the outside world. Survival or death… which outcome awaits the Detective Alliance? The detectives must work together to unravel Yatsuzakikou’s true identity.

Yatsuzakikou has set up traps all over Morgue Island. Both the Detective Alliance headquarters building and the house that the Incompetent Detectives uses as a base for their investigations have been deemed unsafe.

On a remote island with no help from the outside world, the detectives will have to occasionally work together and sometimes question each other to carry out a proper investigation. Smoke out the traitor lurking among the 14 survivors and avoid the worst case scenario.

An insane murderer and self-proclaimed “entertainer.” Starting with the real-time broadcast of the tragic death of two men, they are said to have killed more than 100 people in half a year.

They always simultaneously kill two people and leave some form of the Yatsuzakikou icon in the victim’s belongings as a calling card. Their series of crimes is known as the “Yatsuzakikou Murders.”

“I’ll overturn this tragedy… with my own two hands!” 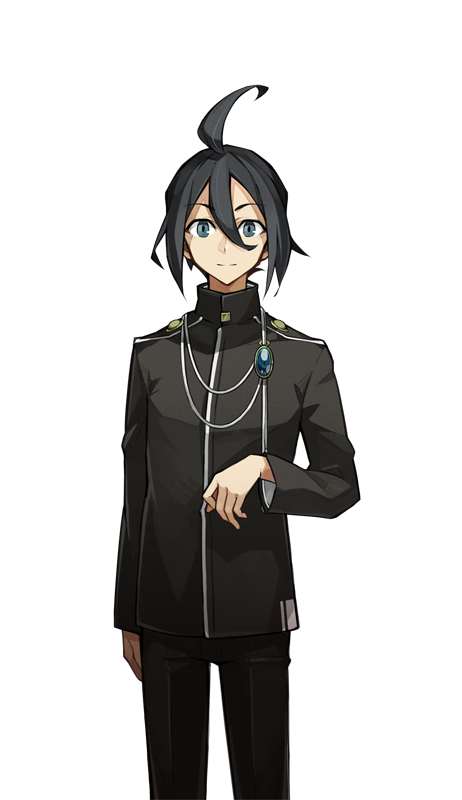 Real name: Wato Houjou. A boys’ high school student who wants to become a detective to solve the mystery of the kidnapping he was involved in as a child.

While working part-time at a detective agency, he was accepted as a member of the detective organization known as the Detective Alliance, and gets wrapped up in an case on Morgue Island.

Although his desire to become a detective is without question, his scholarly and physical abilities are ordinary across the board, and the other detectives have labeled him “The Incompetent Detective.” 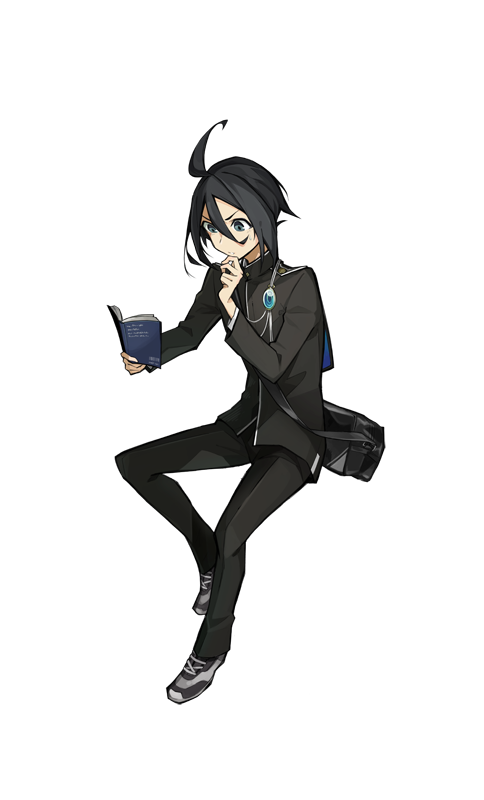 “Chins up, detectives! The deduction isn’t over yet.” 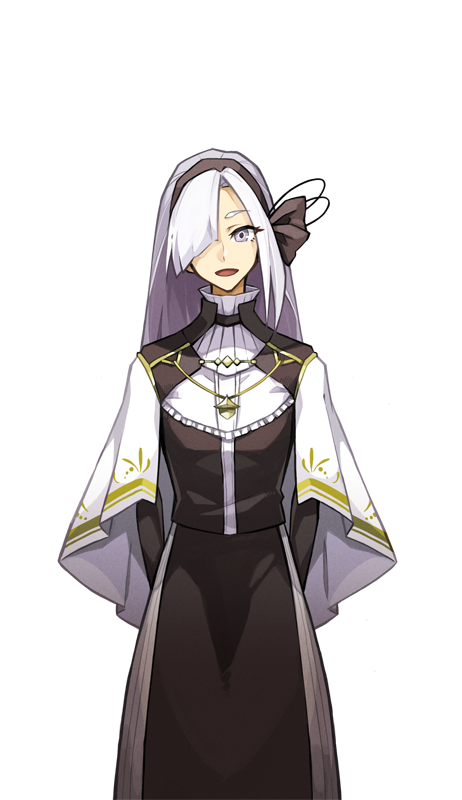 A mysterious beauty known as the modern day Sherlock Holmes.

The de facto leader of the Detective Alliance, she has prevented numerous difficult cases before they even occurred. 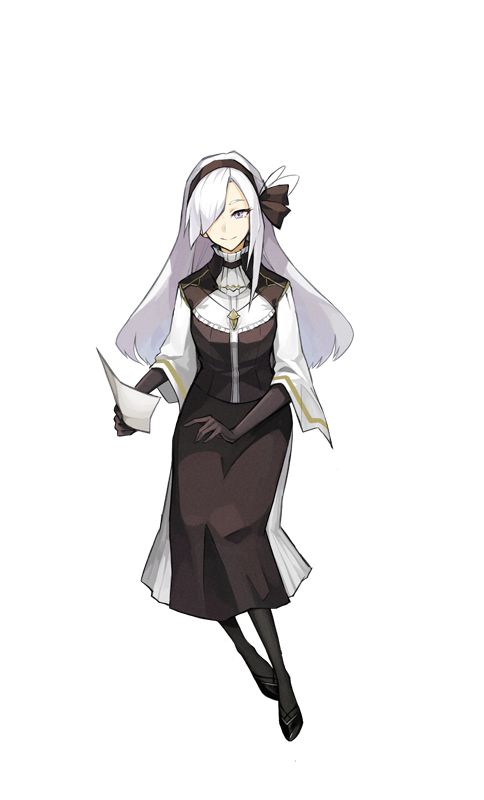 “My favorite phrase is ‘world peace’ and my hobby is ‘volunteering.’ Let’s get along.” 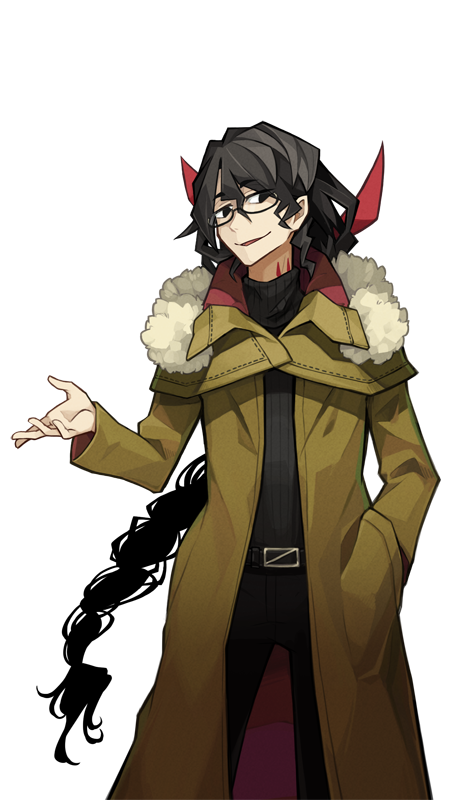 The most dangerous man in the Detective Alliance, he uses any means necessary to solve a case and commits unjust acts with a smile.

Because he has murdered many people in the past, he is forced to wear a collar-shaped bomb called the “Decapitation Rabbit,” and is normally locked in a special prison.

However, thanks to his excellent deductive skills and ability to think like a criminal, he is permitted a limited amount of freedom by cooperating in the investigations of major crimes.

“Ohohohohoho, what a dope. Commoners are awful, so narrow-minded.” 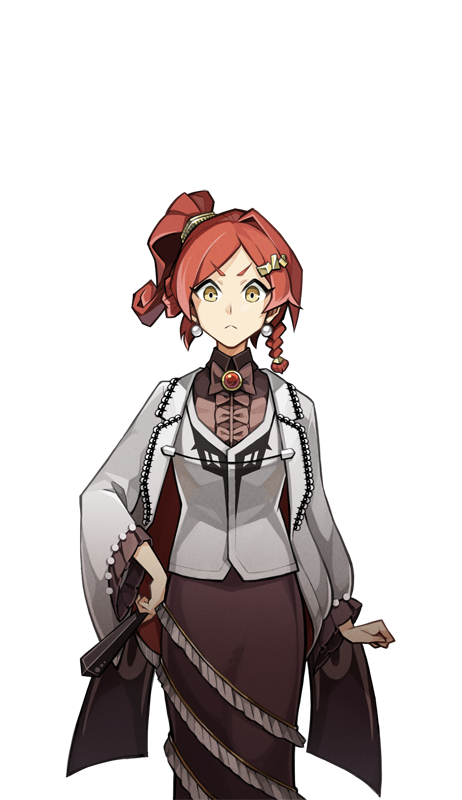 A descendant of the world-famous detective company “Pinkerton.”

A highly skilled detective, she has honed her aesthetic sense to determine authenticity since childhood, which is known among the Detective Alliance for its top class accuracy.

She is arrogant towards everyone, especially her rival the Ideal Detective. Although highly capable, she has a tendency to rely on the organization she leads. 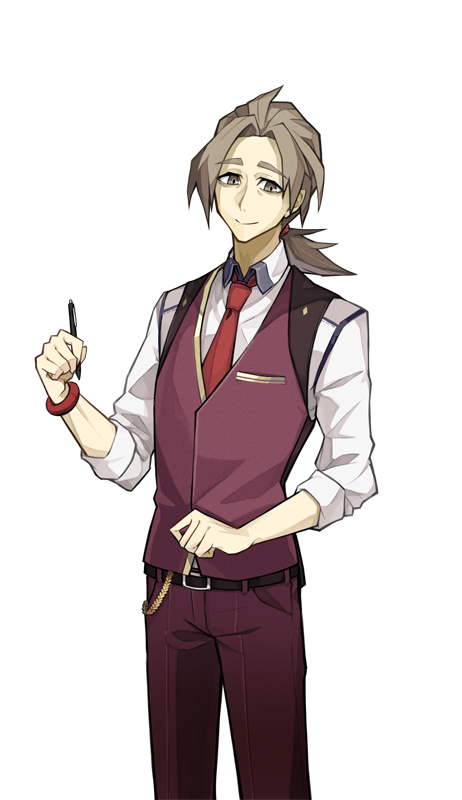 A Japanese man who works as a salaryman during the day and a detective during the night. Deeply sincere and mild-mannered, he always takes others’ needs into consideration.

He has admired detectives for a very long time, and could no longer resist upon learning about the Detective Alliance, so he bowed before his wife and company and was permitted to work as a detective on the side.

While his deductions are not flashy, he aims to be diligent and serious in his reasoning, and between that and his personality, people often say he is barely noticeable.

“Incompetent-senpai, are your limbs still connected?” 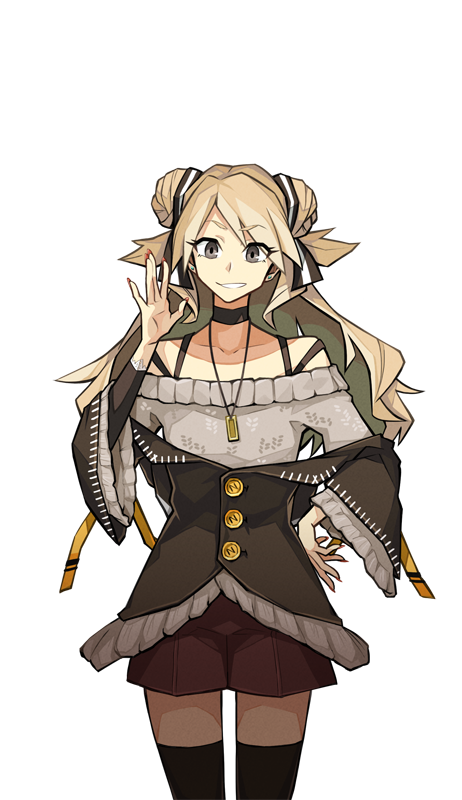 A high school student with a profound knowledge of gossip and an information network unique to a high school girl. She specializes in “communication deduction,” in which she formulates her deductions while chatting with others.

“Heh, I get it now. You had them call me after they died, right? That would certainly be possible using the voodoo spirit summoning ritual passed down in Africa.” 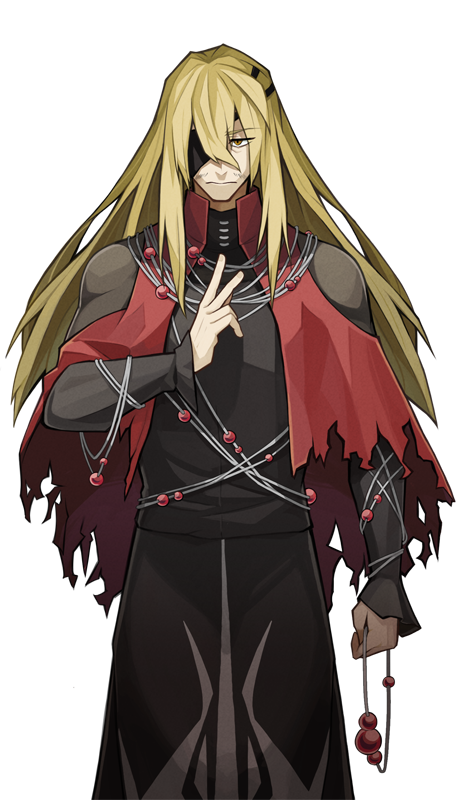 “I’ve just built up a tolerance to poison thanks to sampling so many ever since my childhood. Though I can’t eat potassium cyanide since it gives me mouth pain.” 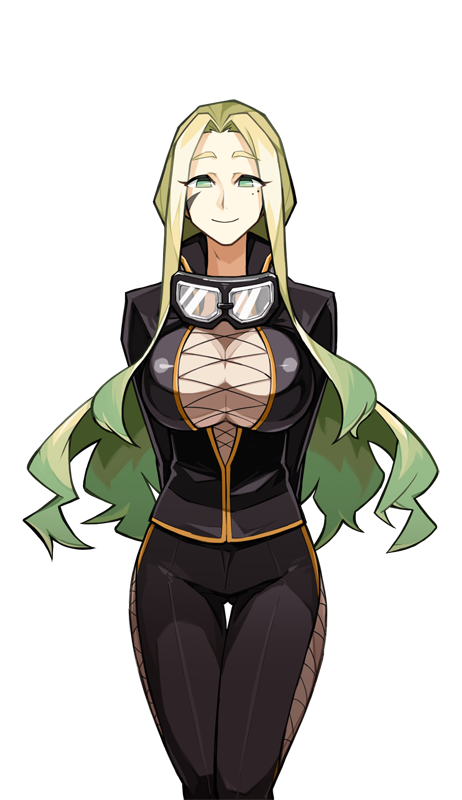 “It’s not some fantastical power… More like a horrible temperament that makes everyone around me miserable.” 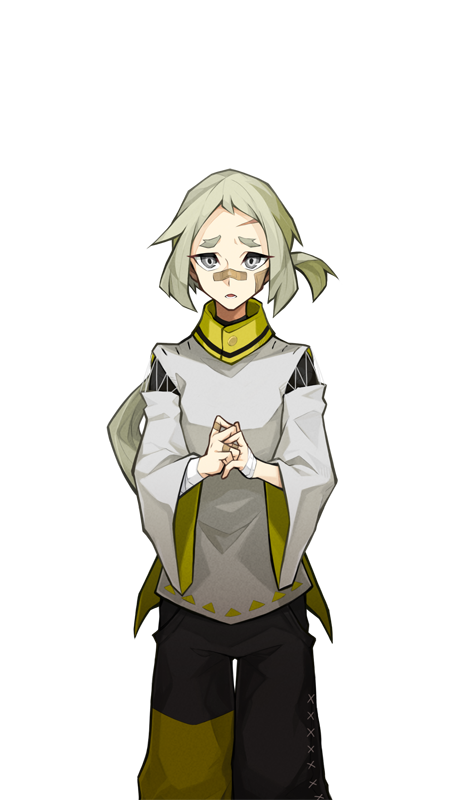 “‘They’re all idiots,’ the girl said as she glared at the men in disdain.” 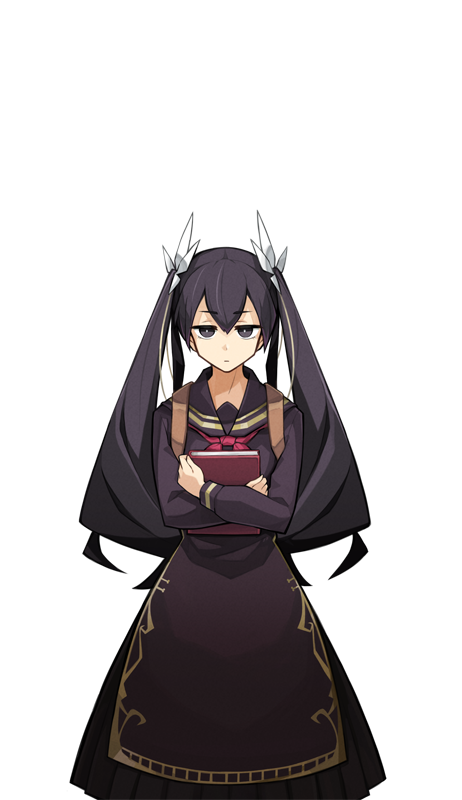 “It’s not a tool! It’s a toolpanion! Please don’t treat my precious toolpanion like a tool!” 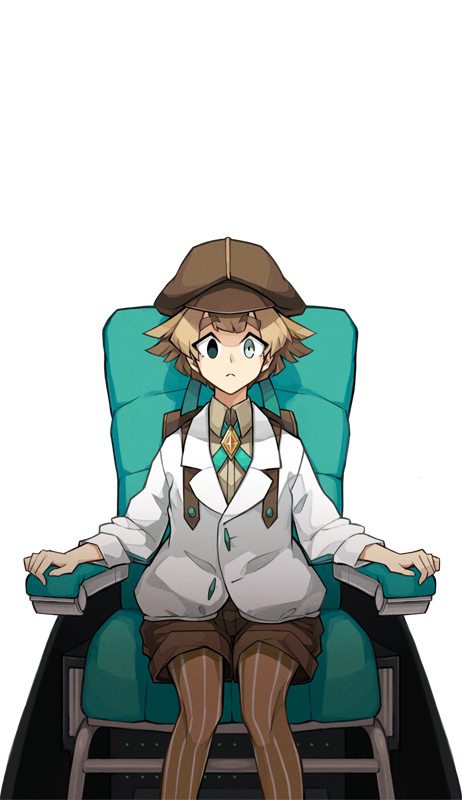 “Hey! If a detective forgets how to be sympathetic, that’s it for them!” 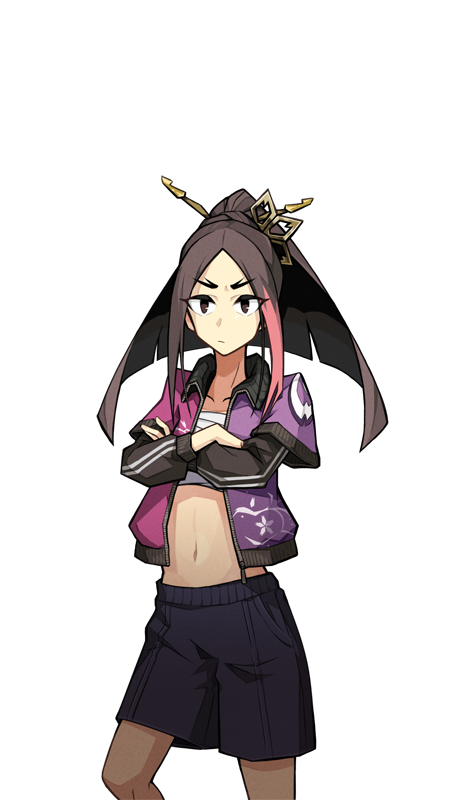 “There is no need to fear. I am wearing the hardest armor ever made, handed down in my family only.” 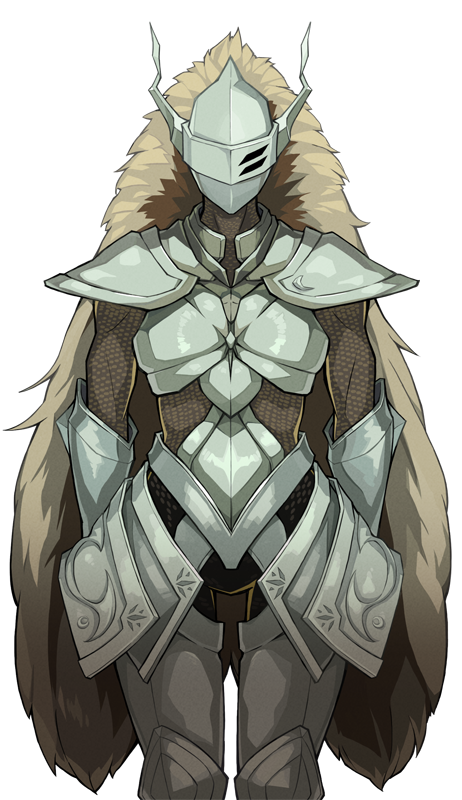 “For those shining qualities as a detective… I’ll give you 10 points, boy.” 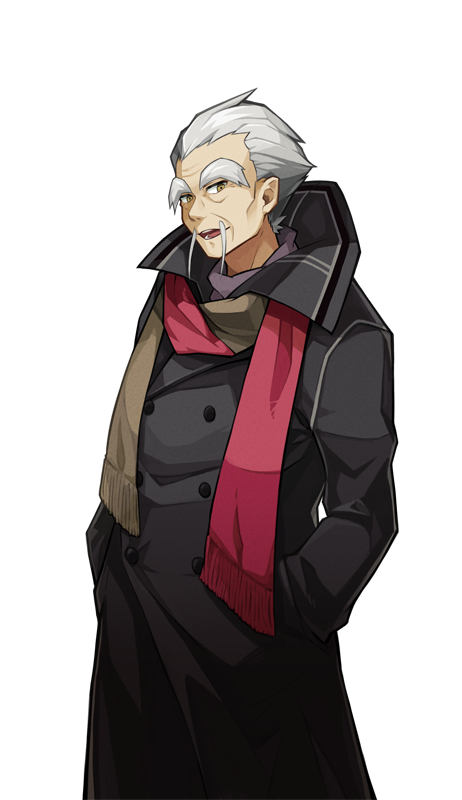 During “Adventure Parts,” the story progresses based on your choices. The members of the Detective Alliance gathered at the headquarters on Morgue Island for a response meeting on the Yatsuzakikou Case.

However, the Detective Alliance headquarters is destroyed after an attack by the unidentified Yatsuzakikou, and the detectives are isolated. Investigate leads on the case as you talk with the detectives.

During “Investigation Simulation Parts,” you investigate the case while directing the detectives like pieces on a game board. Investigate suspicious locations on the map, locate any traces left behind by the criminal, and deduce the full story behind the crime. Will you be able to avoid Yatsuzakikou’s traps and solve the masterfully devised mystery?

The detectives on the map will determine their actions on their own. However, you can only “intervene” in and change the actions of detectives whose trust you have earned. Anticipate each detective’s behavior and carry out the investigation with accurate intervention. 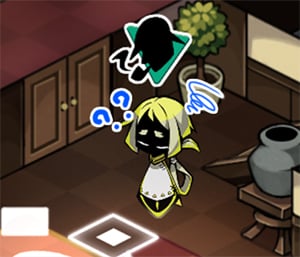 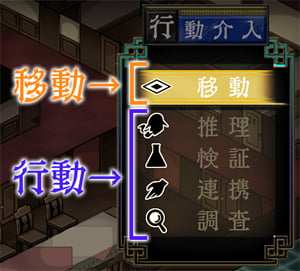 —Intervene to change their action to “investigate”… 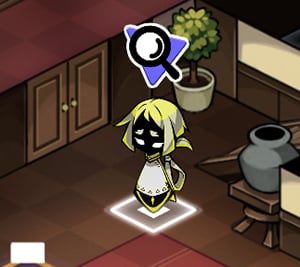