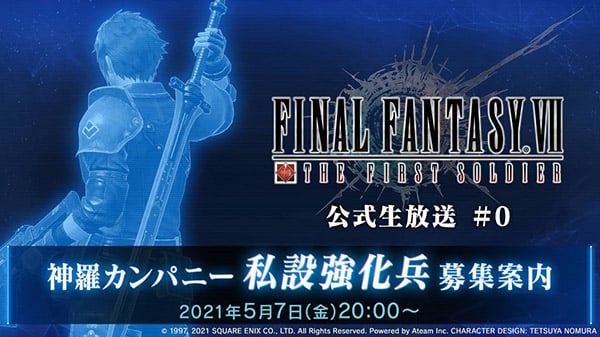 Square Enix will host the “Final Fantasy VII: The First Soldier Official Live Stream #0″ on May 7 at 20:00 JST, the company announced. You will be able to watch it on YouTube in Japanese, and on Twitch in Japanese with English commentary.

In related news, Square Enix has opened both English and Japanese Twitter accounts for Final Fantasy VII: The First Soldier, as well as an official Discord server.

Final Fantasy VII: The First Soldier is due out for iOS and Android in 2021. Read more about the game here and here.