Mileena has many scores to settle. 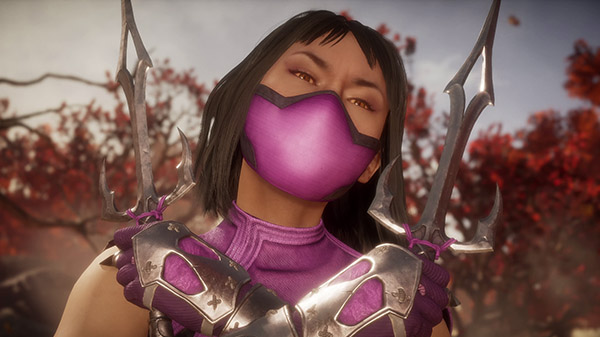 The product of Shang Tsung’s diabolical cloning experiments, Mileena is a fusion of Tarkatan blood and Edenian physiology, making her the perfect blend of Baraka’s ferocity and Kitana’s athletic grace. The evil hybrid benefits from the strengths of both bloodlines in battle, utilizing extraordinary speed, nimble acrobatic prowess and terrifyingly raw savagery, along with her trademark sai, sharpened claws and new twists on her classic special moves.

Brought forward in the timeline by Kronika, Mileena has learned of her tragic future – her brief reign as Outworld’s Empress and her death at the hands of D’Vorah and Kotal Kahn. Determined to regain her throne, Mileena has begun Outworld’s civil war anew and will destroy any Kombatants that stand in her way.