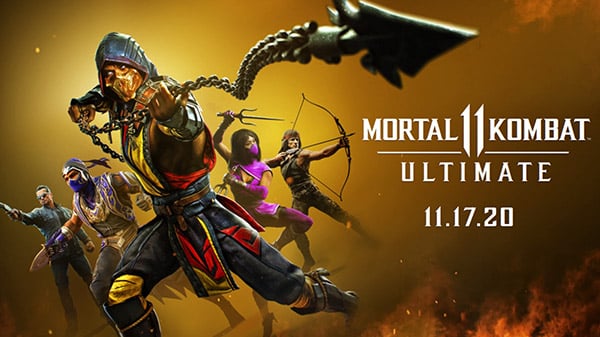 Mortal Kombat 11 Ultimate will launch on November 17. In the Americas, the PlayStation 4 version will only be available digitally at launch, but a physical release will follow in January 2021. The Switch version will be digital-only in the Americas.

Mortal Kombat 11 and Mortal Kombat 11 Ultimate owners and new buyers on PlayStation 4 and Xbox One will be able to access free upgrades to the PlayStation 5 and Xbox Series versions of the game, which feature visual enhancements, 4K dynamic resolution, significantly reduced load times, and cross-play and cross-generation multiplayer.