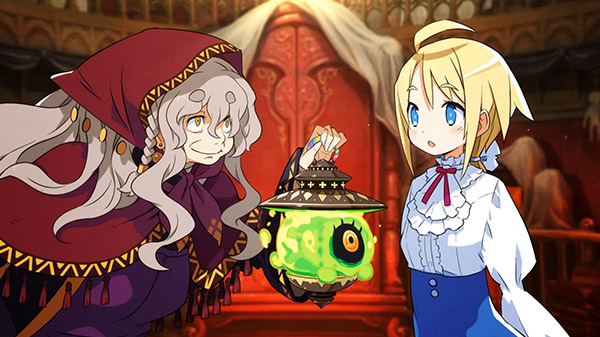 Nippon Ichi Software has released a new trailer for dungeon RPG Labyrinth of Galleria: Coven of Dusk, as well as introduced four of the game’s facets (job classes).

Knights who worship ravens and power of the “stars” above, known as Aster. These attack-oriented puppet soldier that fight wielding a heavy lance are masters of perseverance with an excellent balance of offense and defense.

Knights who worship ravens and power of the “stars” above, known as Aster. These attacker-type puppets wield a deadly “tower lance.” They are balanced in offence and defense, and excel in stamina in battle.

Hunters who wield enchanted crossbows capable of inflicting Flame, Fog, and Mud elemental damage. As ranged attackers, they specialize in dealing damage from afar. They are masters of the preemptive strike with an evasiveness and speed of action true to the “rapid” name.

Fortress-type heavy soldiers that specialize in defense and wield weapons called “katar.” They fight on the front line to defend their party while creating openings for counterattacks. Also known as the “Coven’s Shield,” they show their worth in lengthy battles.

A facet that specializes in attacking and healing using a magic called “donum.” Extremely vulnerable, they are not cut out for regular combat. But since they have high DP, the resource used to cast donum magic, this is one puppet you will want to have in your coven.

Labyrinth of Galleria: Coven of Dusk is due out for PlayStation 4 and PS Vita on November 26 in Japan. Read more about the game here and here.