■ What is Labyrinth of Galleria?

“Galleria Palace” is an estate built in a remote area.

It is said that there is an untrodden labyrinth beneath it, where strange, mysterious, unidentified art pieces called “strange objects” are stored…

The player becomes a “wandering soul” summoned to the magic lantern “Necrolantern” by the witch Madam Malta, and with the help of her exploration assistant Eureka, must seek out the strange objects in the underground labyrinth.

—It is said that the underground labyrinth is where the mysterious and unidentifiable works art pieces known as “strange objects” are stored. 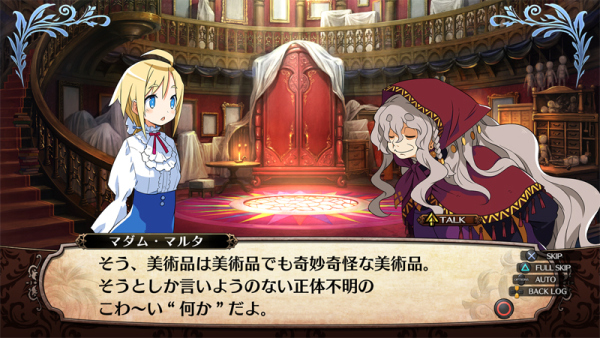 —At the witch Madam Malta’s command, the player will search for strange objects in the mysterious and dangerous underground labyrinth. 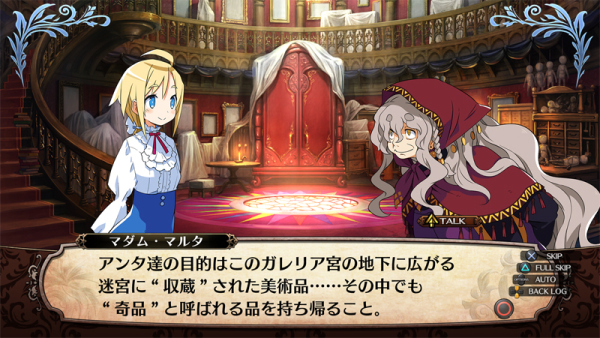 Dreadful monsters will attack the player as they search for strange objects in the labyrinth. Fighting them is a good thing to do, but it may not always be possible to win. If you encounter a monster that looks stronger than you, be sure to escape. 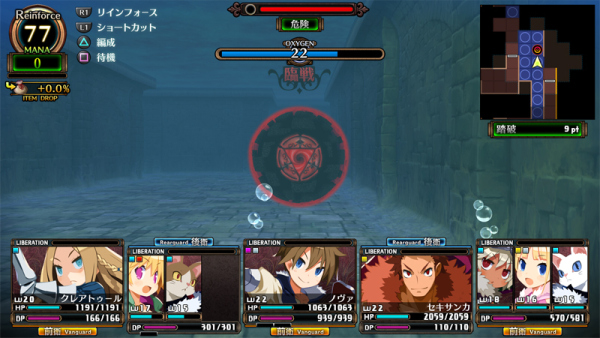 The labyrinth is complex, and it is not always possible to move forward by simply continuing along the path. By using the power of the player’s avatar Necrolantern, it may be possible to discover new areas by destroying walls, diving underwater, and forging your own path. 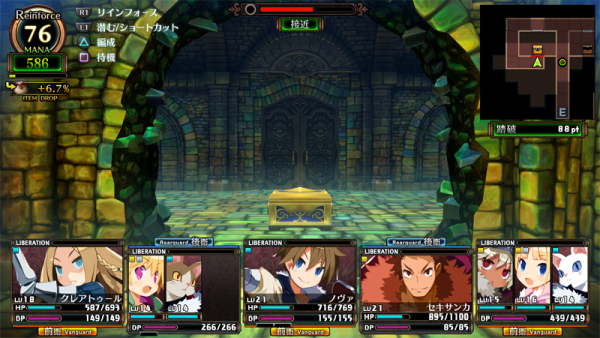 Humans cannot enter the underground labyrinth and return alive, so the player will command a brigade of “puppet soldiers” created by the witch to clear the monster-filled labyrinth. The deeper you proceed into the labyrinth, the stronger and more dreadful the monsters that appear. Puppet soldiers will grow as they fight, so train them well and press onward. 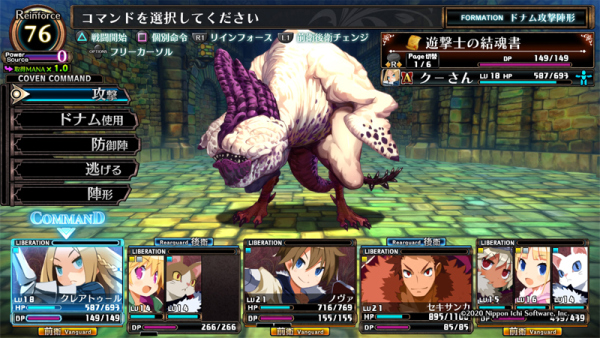 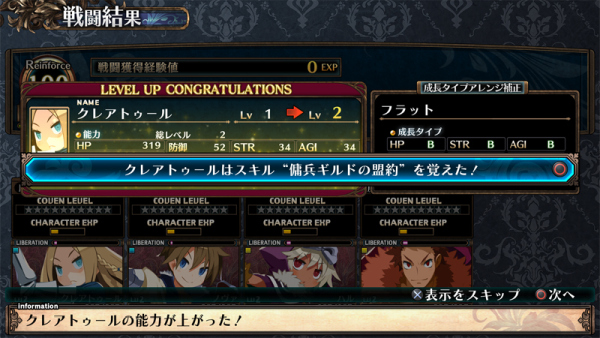 —The “Man-Eating Wardrobe,” the only entrance (and exit) to the underground labyrinth, is a fearsome strange object. Humans who enter it cannot return alive. 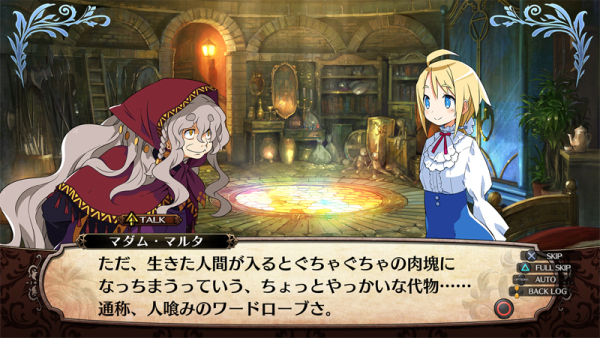 You can make however many “puppet soldiers” you like as long as you have the materials to do so. When making them, you can decide all the parts that make up the unique elements of that puppet soldier, including its name, appearance, and how it will grow. Make your puppet soldiers how you like and take them into the dungeon. 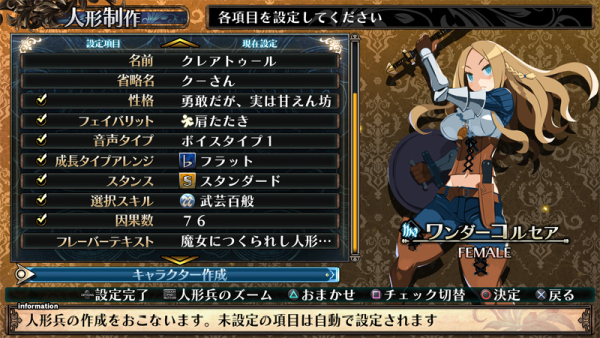 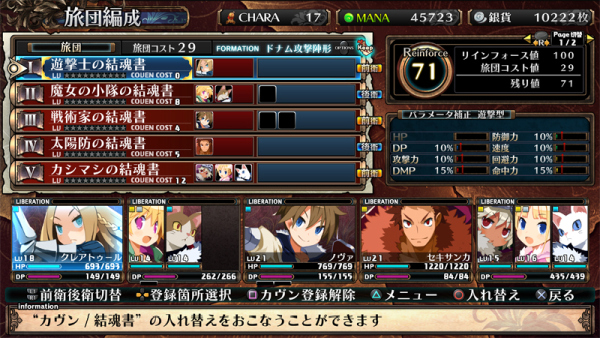 A bright and kind-hearted girl who came to Galleria Palace after seeing a poster for an exploration assistant. She assist the witch Madam Malta in exploring the underground labyrinth. She is good at housework and looks after the player’s avatar Necrolantern. 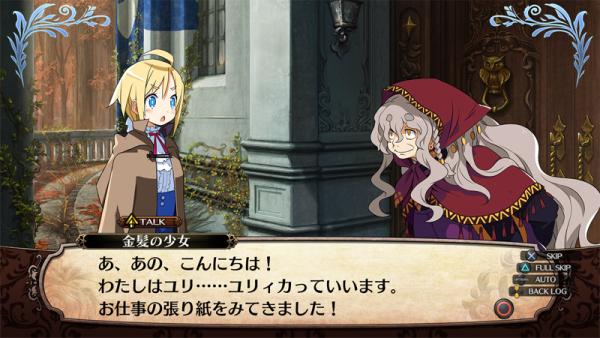 A lantern that contains the “wandering souls” and “player’s soul” summoned by the witch Madam Malta. As the player’s avatar, it leads the puppet soldiers into the underground labyrinth. Since it cannot move on its own, it acts with Eureka’s help above ground, while it works with the puppet soldiers underground. 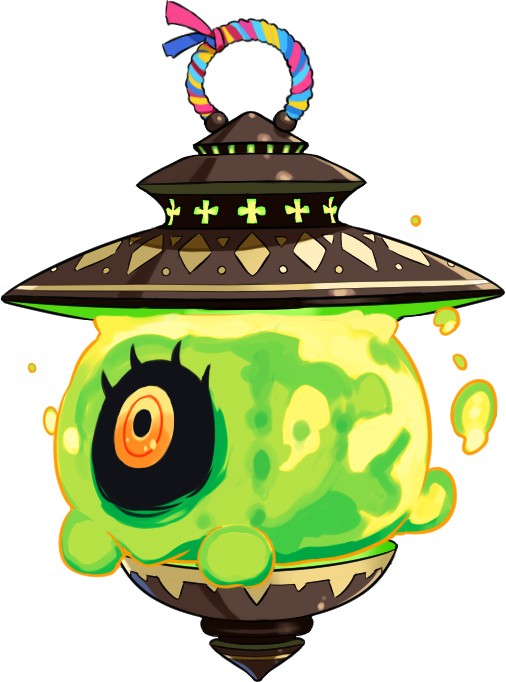 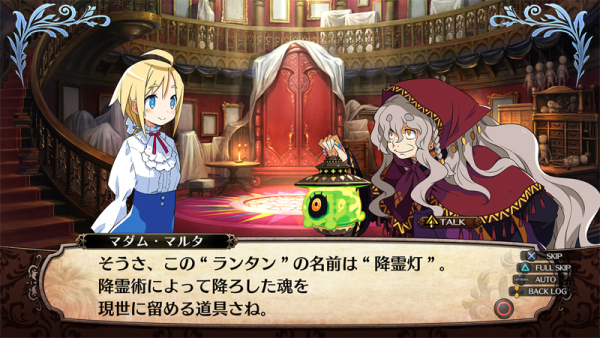 An old witch who goes by the nickname Grandma. She will search to find the strange objects hidden within the labyrinth using the puppet soldiers. She is skilled in necromancy and alchemy, and looks just as you would expect a witch to look. 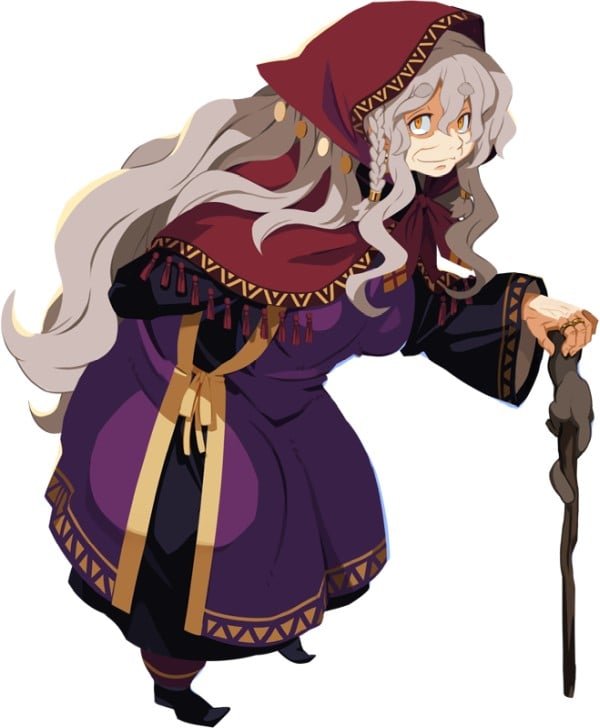 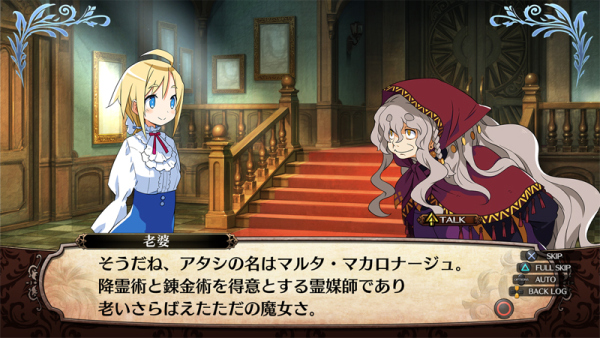 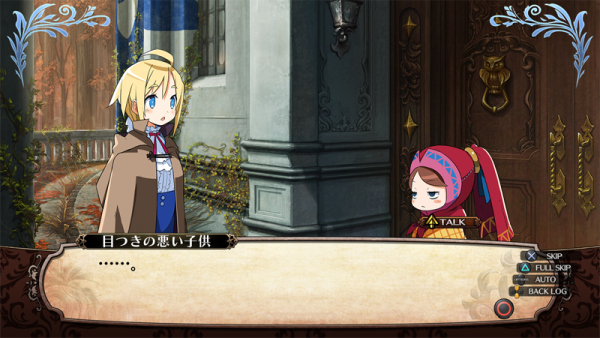 While they may also be called the adventurer, hero, or mercenary-type, this is a martial arts-dedicated facet that can handle any situation. It can wield various weapons and has the flexibility to survive on the battlefield regardless of whether it is fighting on its own or in a group.

Group combat professionals of a tribe called Mashira that have mastered the combat arts of an eastern land. While it well-learned in the martial arts, it specializes in the use of hammers. Its power is better manifested as a combatant in group battles rather than when fighting on its own. 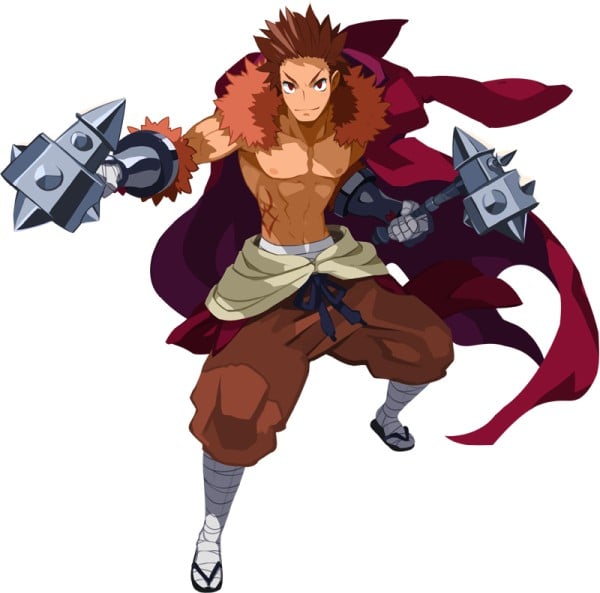 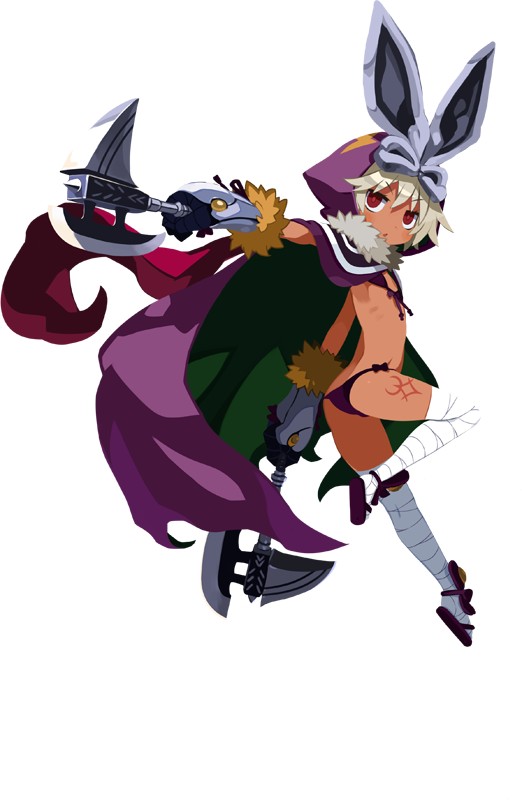 A glamorous dancer who works the stage as an actor. It can easily build good relationships with its allies, and flexes its abilities as a linker of “resonance” attacks. It supports the brigade from the rear with bell-based attacks. 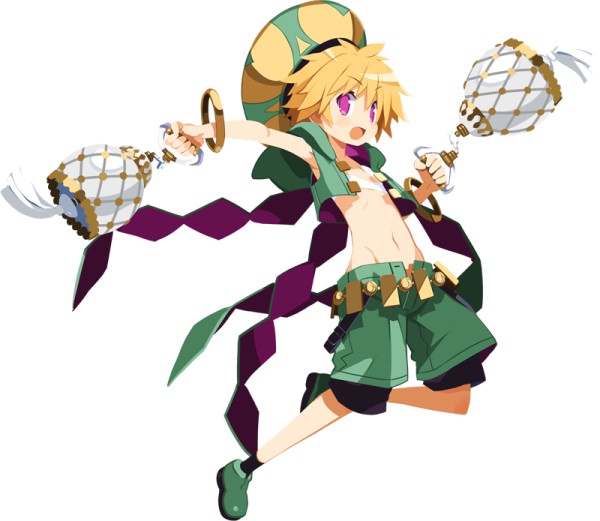 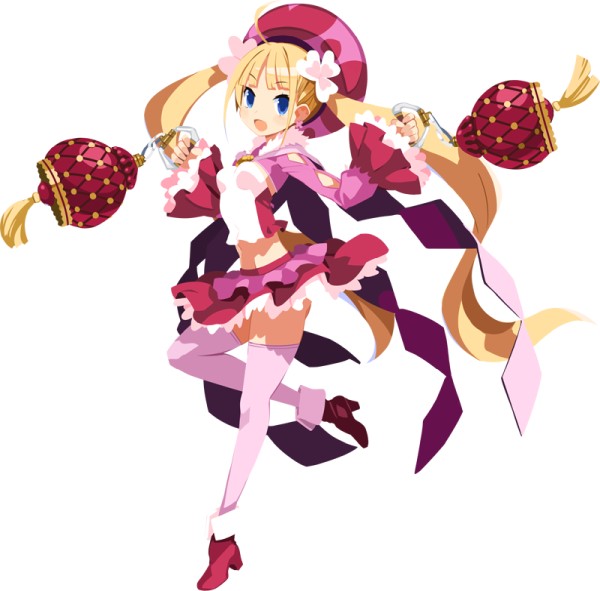 The sole cat-type facet. Since it is small, it has low physical strength and is not expected to have much of a role in battle, but supports the brigade with its natural agility and various skills. You can love it, pet it—it is basically the brigade’s mascot. 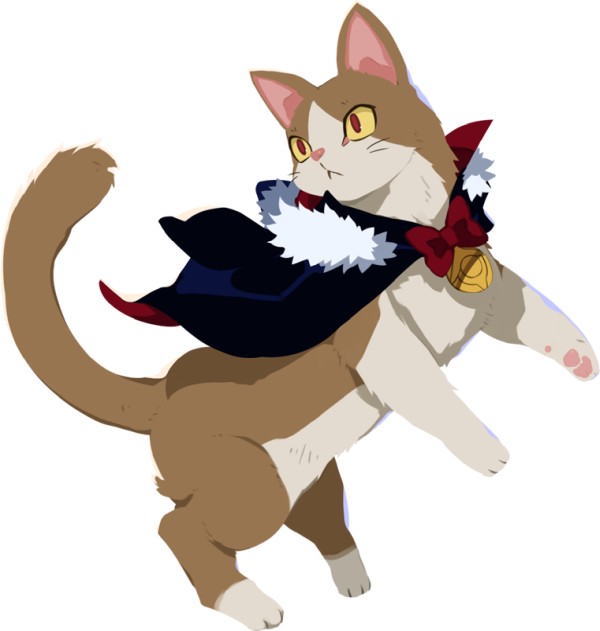 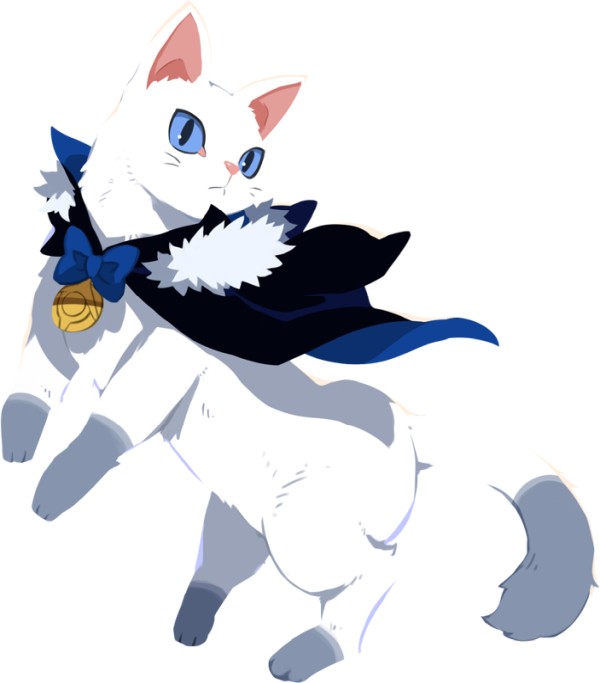 Labyrinth of Galleria: Coven of Dusk is due out for PlayStation 4 and PS Vita on November 26 in Japan.