Announcement to occur during the "Academy Y Online Student Meeting." 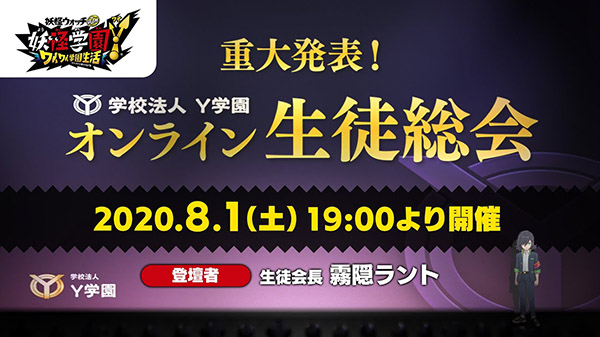 Level-5 will premiere a “Yo-kai Watch Jam: Yo-kai Academy Y – Waiwai Gakuen Seikatsu – Academy Y Online Student Meeting” video on August 1 at 19:00 JST, the company announced. You will be able to watch it on YouTube.

According to the event description, it will feature a “major announcement” regarding Yo-kai Watch Jam: Yo-kai Academy Y – Waiwai Gakuen Seikatsu.

Yo-kai Watch Jam: Yo-kai Academy Y – Waiwai Gakuen Seikatsu is due out for Switch via the Nintendo eShop on August 13 in Japan, and PlayStation 4 at a later date.