Meet Sayoko, the girl from Suzu's dream who looks exactly like Yuuka. 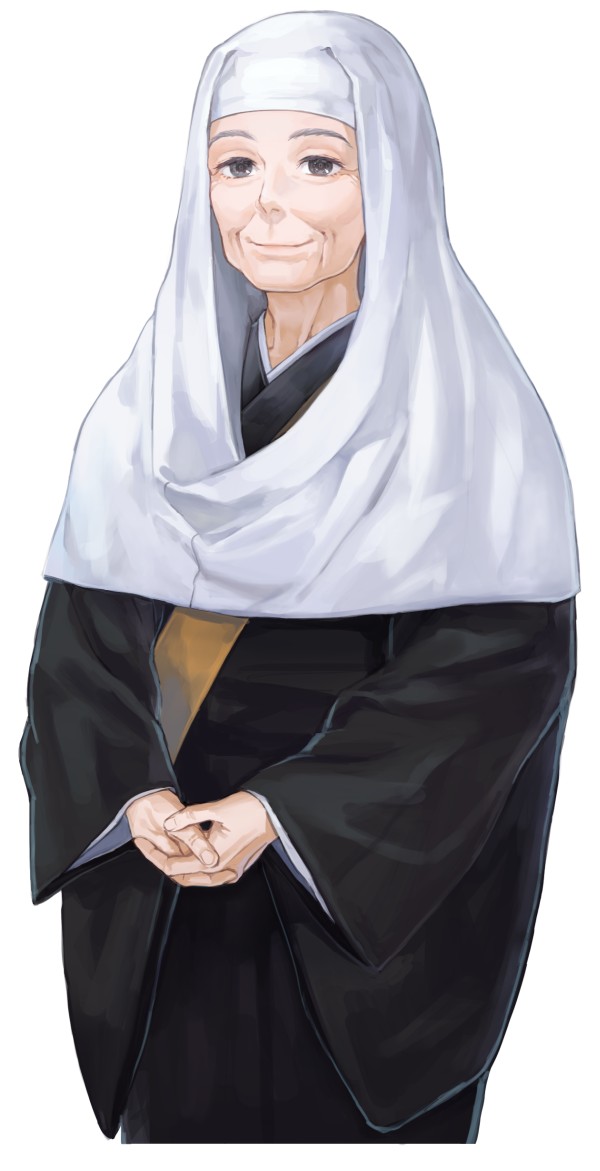 An old woman and distant relative of Suzu who she lives with at the temple. She took in Suzu after her parents’ death and taught to play koto, and is like a foster parent to her. She is a high priest who is well-trusted by the locals, and while old in age, she is lively and a major lover of junk food like pizza, meat, and fried foods. 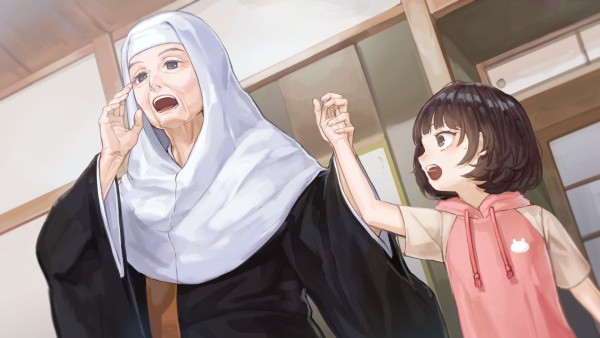 Yoru, Tomosu is a simple text adventure game where the story changes based on your choices. Progress through the story of the protagonist Suzu and the other girls. 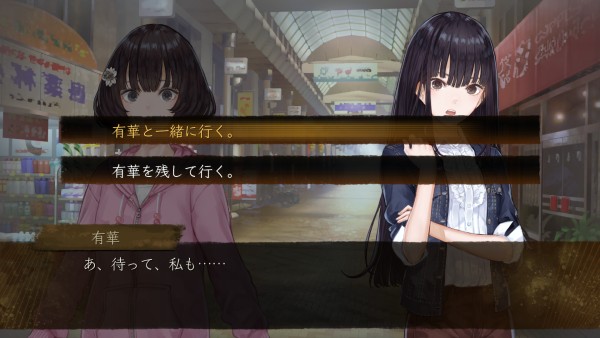 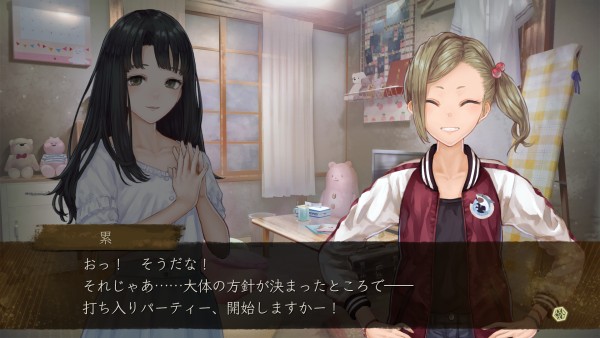 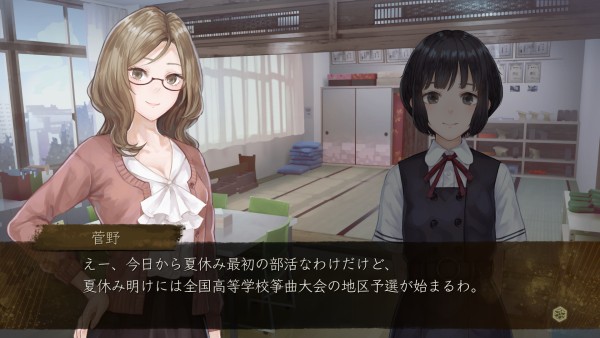 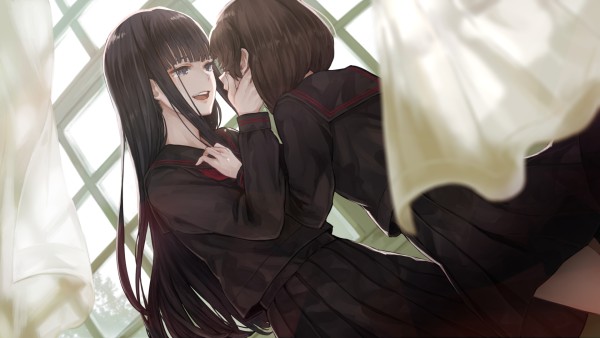 I hear the sound of a record. A sign that I’m a little closer to the classroom I’m heading to.

A song she once told me she liked.

Soon we’ll have time alone together, the sound is drawing closer and closer.

Heavy breath. Flushed cheeks. This heartbeat is not simply due to the running.

I don’t even want to take the time outside the door to catch my breath, so I open it like I’m running through a finish line… 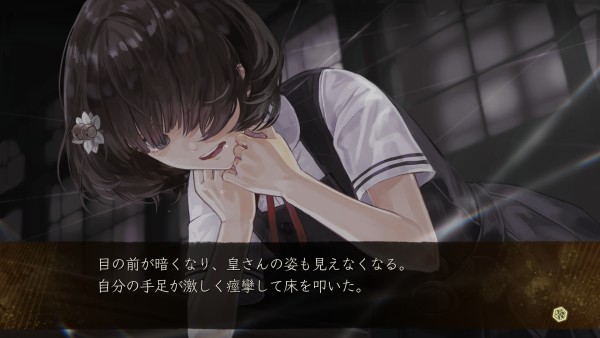 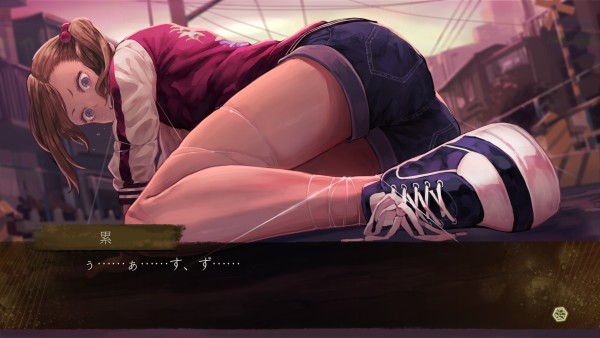 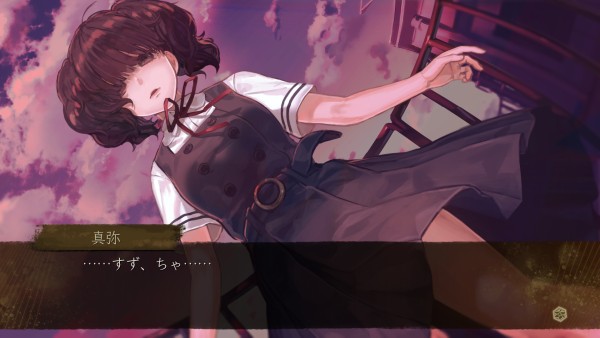 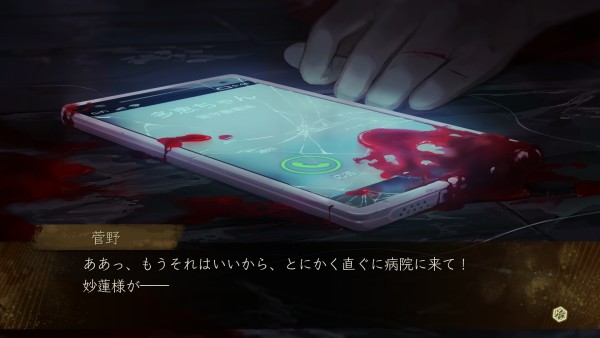 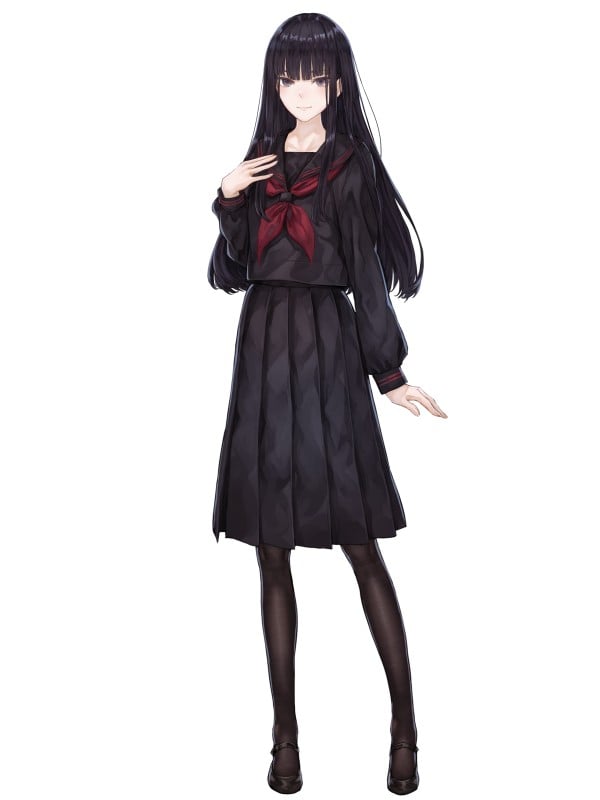 A beautiful woman with black hair who appears in Suzu’s dreams as her “older sister.” In those dreams, Suzu often sees her playing the koto by the window, and while she is the spitting image of Yuuka, her expressions and tone are kinder and warmer. She seems to be in a classroom in Kagurahara Girls Academy, but Suzu does not recognize her uniform. What is the connection between Sayoko and Suzu…? 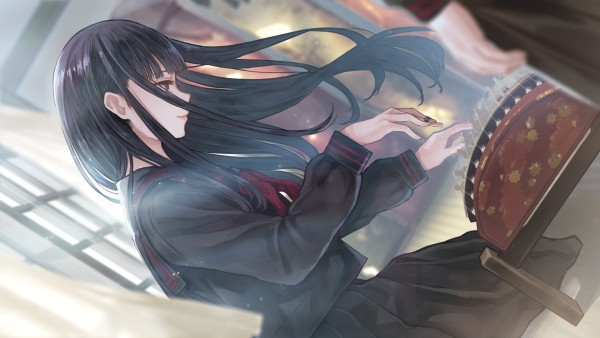 Yoru, Tomosu is due out for PlayStation 4 and Switch on July 30 in Japan. Read more about the game here. Watch the debut trailer here and here.