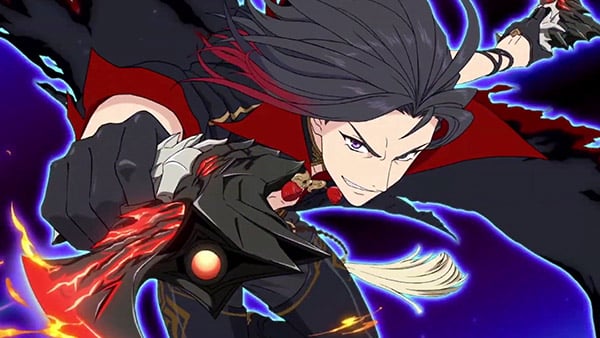 The latest character trailer for Tales of Crestoria introduces Vicious, the “Great Transgressor.”

Widely known as the “Great Transgressor.” Vicious is feared and despised the world over. He possesses a devil-may-care attitude, and believes that people should lives their lives as their whims guide them. He crosses paths with and rescues the condemned Kanata and Misella in search of a certain place. Vicious possesses the unique ability to unlock people’s blood sins.

If you missed it, previous trailers introduced protagonist Kanata Hjuger and heroine Misella.