Oddworld: Munch’s Oddysee coming to Switch on May 14

Time to save Oddworld’s endangered species. 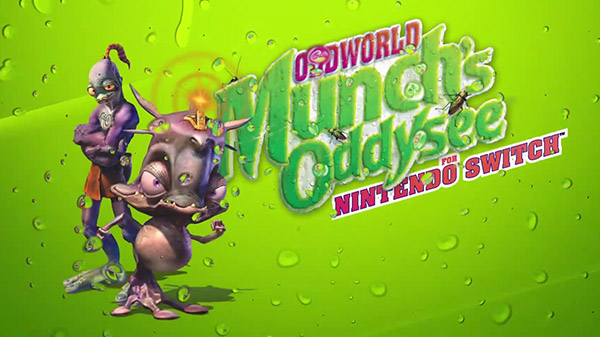 Publisher Microids and developer Oddworld Inhabitants will release Oddworld: Munch’s Oddysee for Switch via the Nintendo eShop on May 14, the companies announced. A physical edition will follow later in 2020.

Players guide Mudokon champion Abe, and his aquatic Gabbit partner Munch, in Oddworld‘s third adventure, using special psychic powers, cool power-ups, and other special abilities to deliver payback as they reclaim the last gabbit eggs on Oddworld, which have been packaged in a can of gabbiar.