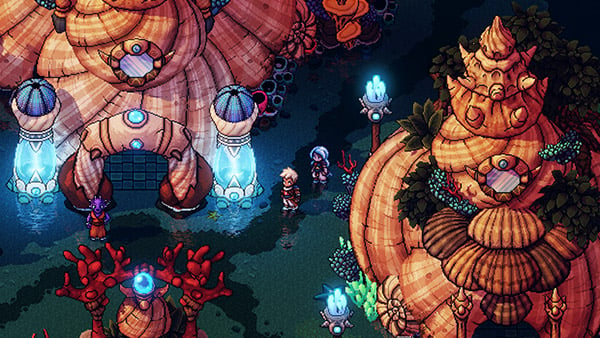 Mitsuda is best known for his work on titles such as Chrono Trigger, Xenogears,a nd Shadow Hearts. He will join Sea of Stars composer Eric W. Brown in developing original music for the game.

“Without knowing exactly why, ‘I want to write music for this game’ was the feeling I had while seeing it convey the nostalgic golden age of the 90s,” Mitsuda said in a press release. “Although there are still many games being released with this classic style, I don’t think players are satisfied with just nostalgia. As seen in their previous game, by adding new systems and ideas to classic formulas, Sabotage Studio breathes fresh, new air into their work.”

Mitsdsa continued, “Impressed by the respect they show for past games while at the same time giving players new ways to have fun, I found myself wanting to make a game with everyone at Sabotage Studio. Please look forward to an exciting adventure.”

Sabotage Studio creative director and CEO Thierry Boulanger added, “Mitsuda’s music has carried me for years, I still listen to his work every week while working at the studio. He has been such an inspiration for so many of us, we couldn’t be more honored that some of his music will be added to our game. It’s exactly what Sea of Stars needed to feel truly whole.”

The Kickstarter campaign for Sea of Stars launched on March 19 and will end on April 18. The game met its CA$133,000 funding goal in less than seven hours, and is currently over 500 percent funded at CA$618,000, clearing all of its currently announced stretch goals, including “Single Player+” and a bonus dungeon, in-game cinematics, a behind-the-scenes documentary, and “New Game+” and an alternate ending.