Sabotage Studio announces Sea of Stars, a turn-based RPG prequel story to The Messenger for consoles and PC 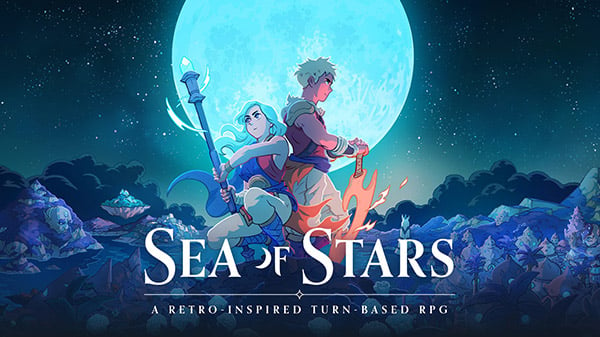 Sabotage Studio has announced Sea of Stars, a turn-based RPG inspired by 90s classics and a prequel story to its previous title The Messenger. The developer has simultaneously launched a Kickstarter campaign seeking CA$133,000 to fund the project. The game is planned for release on consoles and PC via Steam in 2022.

Here is an overview of the game, via Sabotage Studio:

Developed by Sabotage, the studio behind the award-winning The Messenger, ​Sea of Stars ​is a turn-based RPG inspired by the classics, chock-full of endearing characters and unrestrained exploration, paying homage to genre’s greats while modernizing the overall experience.

Combat challenges players to coordinate adaptive strategies while thwarting opponents with pre-emptive attacks, rewarding carefully timed strikes and interrupted advances. With six playable party members distinct in fighting style and personality, experimentation is key to discovering devastatingly powerful new match-ups. There’s no need to grind to unlock a character’s true potential, either, as character progression is balanced to flow along with the story. Sea of Stars‘ journey prioritizes meaningful encounters over enduring dozens of the same fights.

Sea of Stars‘ compelling world unites players with Valere and Zale, aspiring youths training to become Solstice Warriors, the land’s final line of defense against The Fleshmancer’s monstrous creations. A twisting narrative ensures their mission is anything but simple, making for an engrossing, wondrous tale surrounding a world’s looming apocalyptic threat.