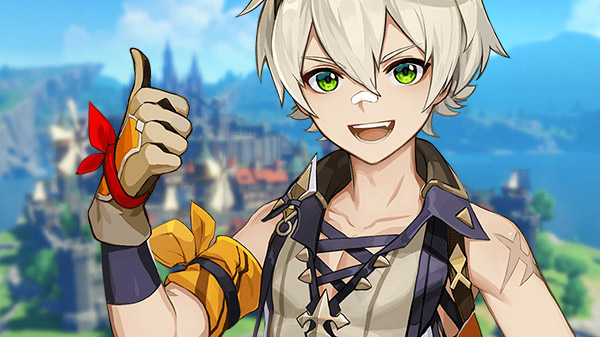 miHoYo has updated the official website for Genshin Impact with the description for Mondstadt character Bennett.

The few young adventurers that the Mondstadt Adventurers’ Guild has always find themselves tangled up in baffling bouts of bad luck.

He is the only active member of his own adventure group, known as “Benny’s Adventure Team,” after all the other members decided to “take leave” following a series of unfortunate incidents. As a result, the team is currently on the verge of being dissolved.

Being unable to break the poor boy’s heart, Katheryne of the Adventurers’ Guild has kept “Benny’s Adventure Team” on the books, whilst also hiding from him the fact that all the other members have long since officially left the team.

“So long as you do the exact opposite of whatever Bennett does, your whole adventure will go over smoothly.” – Advice from former Mondstadt Adventurers’ Guild member Herman.

Bennett is a kind, passionate boy from Mondstadt, who dreams of becoming a great adventurer one day.

But, his bad luck always seems to get in the way…

But Bennett doesn’t let his misfortune get him down. He continues to adventure with as much enthusiasm as he did on his very first outing, bettering himself despite his relentless bad luck.

Fischl’s raven Oz compliments Bennett on his robust nature, whilst the boy’s combat style, which shows a complete disregard for his own safety, has always fascinated Varka. Even Barbara, who comes across injuries on a regular basis, is surprised by how often he comes in injured or needing another dislocation popped back into place.

Bennett simply treats his own bad luck as just another stepping stone on his way to becoming a grand adventurer.

Bennett knows in his heart that this is the right attitude for the great adventurers of the future.

Here are two GIFs of Bennett in action:

'Inside Nioh 2' Archipel documentary Previous post
Eshigami no Kizuna launches this spring in Japan, changes publisher from ForwardWorks to Rudel Next post