Take the fight to new heights. 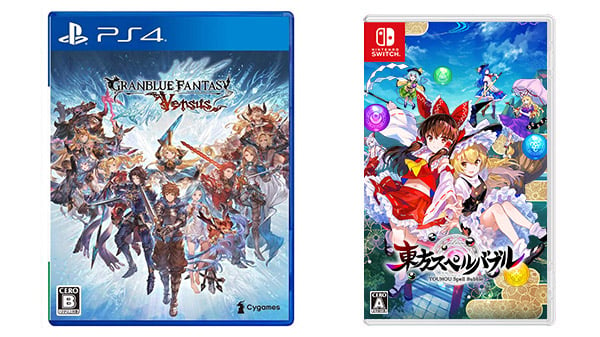 Granblue Fantasy: Versus for PlayStation 4 and Touhou Spell Bubble for Switch are the highlights of this week’s Japanese game releases.

Developed by Arc System Works, Granblue Fantasy: Versus is the first console game entry in the hit mobile game series. It features 11 playable characters, with two additional characters due out via downloadable content in March, another two in April, and one more soon after. In addition to the standard Versus Mode expected of a fighting game, Granblue Fantasy: Versus also incorporates a co-op-supported RPG Mode where players can enjoy a new story in the Sky Realm and power up their characters.

Touhou Spell Bubble, which is a digital-only title (the box art above is only a mock-up), is a Touhou Project rhythm puzzle game developed by Taito. It adds rhythm game elements to bubble shooting-style puzzles featuring a total of 41 Touhou music arrangements from 23 artists, including 12 new songs. A total of 20 Touhou Project characters and 60 spell cards will appear. Story Mode will let players enjoy an original story set in the world of Gensokyo.