Slowly wearing down her opponents with Specials that boast both a broad reach and powerful attack range. 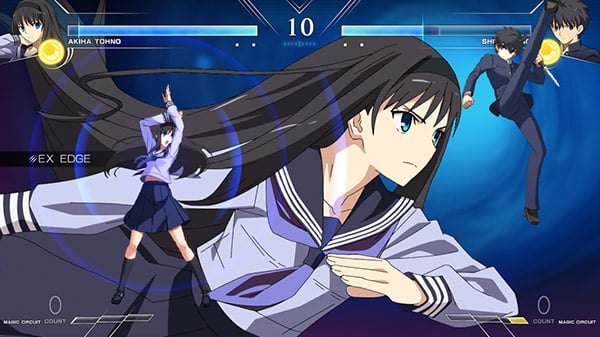 “Her battle style puts pressure on opponents and slowly wear them down with Specials that boast both a broad reach and powerful attack range,” Project Lumina said.

After the death of her father, she inherits the role of leader of the Tohno family, a distinguished house in Souya. One year younger than her brother Shiki, she arranged for his return from the Arima family. Her flawless etiquette and bearing perfectly epitomize the daughter of a noble house. She is strict even on herself, rejecting such things as modern-day amusements and frivolity. Because of her prideful and strong-willed nature, many find her difficult to approach. Sensing a mysterious presence in her town, and determined to uphold the Tohno family name, she sets off into the night to investigate…