"Masterwork of the Kishima clan, both merciful and relentless." 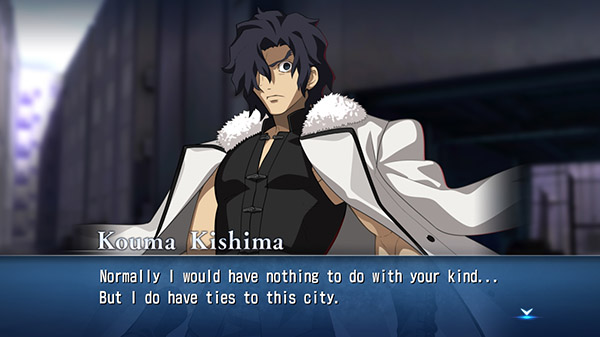 “With his guard breaking command throws and super armor that can both attack opponents while guarding from their attacks, [Kouma Kishima] boasts unparalleled strength in close-combat,” Project Lumina said.

Head of the Kishima clan, a branch of the Tohno family. He is half demon. Even among mixed-bloods, his demon blood is strong, making him only barely human. Usually very quiet, he chooses to live as a hermit in a remote area of the mountains where he seeks to achieve spiritual enlightenment. Because of this, he often speaks of worldly ties and spirituality. His demeanor in battle, however, reflects his innate strength and demon blood. His ability to use Scorching Heat means those in his way are often burned to ash.