Co-op zombie shooter due out this fall. 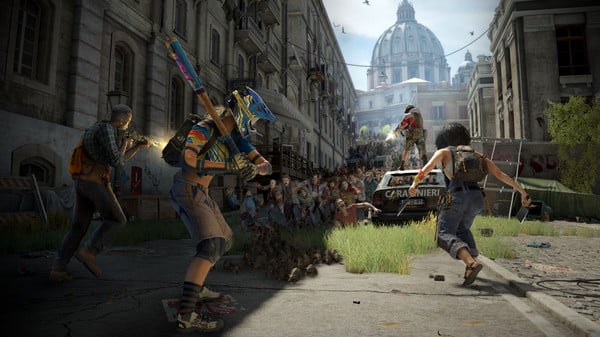 World War Z: Aftermath is the ultimate co-op zombie shooter based on Paramount Pictures’ blockbuster film, and the next evolution of the original hit World War Z that has now captivated over 15 million players. Turn the tide of the zombie apocalypse across consoles and PC with full cross-play. Join up to three friends or play on your own with AI teammates against hordes of ravenous zombies in intense story episodes across new zombie-ravaged locations around the world: Rome, Vatican City and Russia’s Kamchatka peninsula.

World War Z: Aftermath is due out for PlayStation 4, Xbox One, and PC via Steam this fall, followed by PlayStation 5 and Xbox Series at a later date.