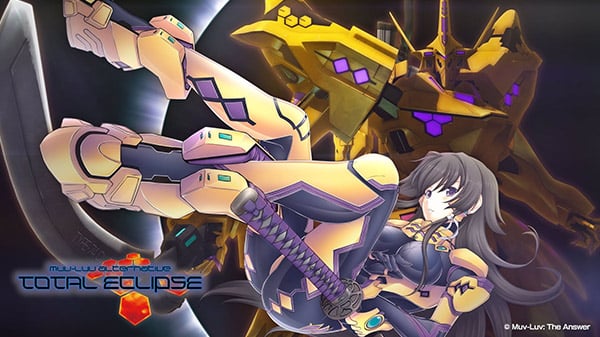 aNCHOR will release Muv-Luv Alternative: Total Eclipse for PC via Steam in the west this winter, the company announced.

Muv-Luv Alternative: Total Eclipse first launched for PlayStation 3 and Xbox 360 in May 2013 in Japan, followed by PC in September 2014.

Here is an overview of the release, via aNCHOR:

Muv-Luv Alternative: Total Eclipse is set 11 months before the events of Muv-Luv Alternative, at the Yukon Base in Alaska. It follows the human drama of test pilots who do proving trials for powerful new mechs that can save humanity from destruction.

The game will launch this winter on Steam, and will be a standalone title similar to the PlayStation 3 version of the game, that does not include the prequel “The Burning of the Imperial Capital,” which was included in the original PC release. More information will be available soon!

Additionally, aNCHOR announced that all Muv-Luv games available on Steam are currently on sale for up to 40 percent-off for the Summer Steam Sale, which runs until July 8.