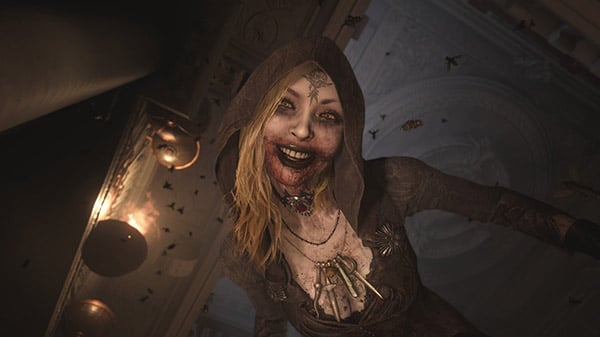 Resident Evil Village launched for PlayStation 5, Xbox Series, PlayStation 4, Xbox One, PC via Steam, and Stadia on May 7 worldwide. Capcom announced that it reached three million total shipments and digital sales on May 11.

Resident Evil Village is the sequel to Resident Evil 7 biohazard (which has gone on to ship a cumulative nine million units as of March 31, 2021) and features a higher degree of action and even more expansive, highly engaging gameplay. In the game, players take on the role of protagonist Ethan Winters as they delve into a new kind of survival horror set in a mysterious, snowy village. Lauded for its technical merits, including its stunning, photorealistic visuals and cutting-edge 3D audio, the game also won support from fans for featuring appealing characters grounded in traditional horror and gameplay that expertly balanced elements of action and horror. This resulted in worldwide shipments of the title surpassing four million units.

Belpherus ⋅ Doctor Who: The Edge of Reality launches September 30 ⋅ one minute ago

TheDude ⋅ Tales of Arise – Rinwell trailer ⋅ one minute ago