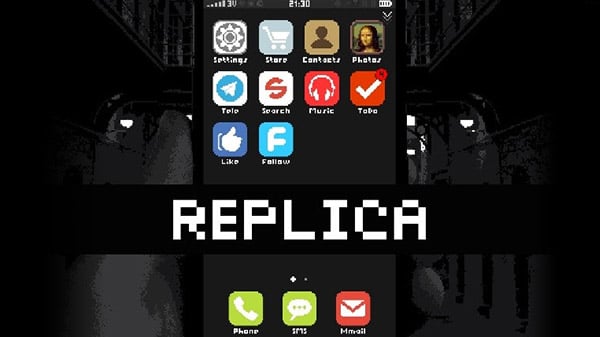 Replica first launched for PC via Steam in July 2016, followed by Switch in November 2020.

Peer into strangers’ private lives via the cell phone of a suspected terrorist. A tightly and controlling Homeland Security of a dystopian government restrains the wielder of a mysterious cell phone to an unknown location. Under coercion by this totalitarian authority, snoop into this device to find and report evidence of its owner’s involvement in terrorist activities.

Uncover the hints contained on this cell phone, such as text messages, phone calls, and social media posts to figure out the owner’s true activities and unlock more than 10 different endings. Each choice impacts the fates of the original phone owner, everyone with whom they are involved, and even yourself.

“The insane experience of peeping into someone’s private life through a cell phone will likely hit a little harder and personally in the West right now,” said Somi. “We are all aware of the concept of a dystopian future, but it is something we have never experienced. Find out how you would feel and act when put on the spot in Replica.”