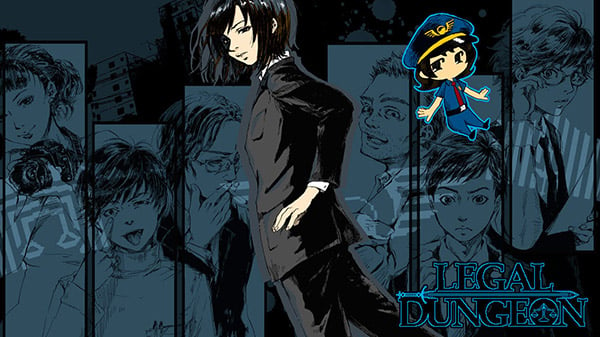 Replica first launched for PC via Steam in May 2019, followed by Switch in February 2021.

Parse through investigation records, use evidence and the law to battle the accused, and submit your recommended verdict.

Peruse Statements and Precedents, and Create Your Documents in the Dungeon

Taking on the role of rookie female lieutenant Jane Blue, the player must read through the text of statements and legal precedents. Then, using keywords selected from the text, head into battle with the accused in the “dungeon,” and complete “verdict documents” for submission to the prosecutor. Whenever you get overwhelmed or confused with the heavy load of legal / courtroom text, your AI assistant—“Mini Jane”—will be there to help guide you along. Additionally, Jane has a set amount of “HP,” and once that HP hits zero during battle in the dungeon, or if time runs out for a timed battle, the game will end.

To Prosecute, or Not to Prosecute? It’s Up to You!

Jane will handle all sorts of crimes—from contempt of court to robbery and even murder. It’s up to the player to decide whether to recommend that the accused be prosecuted or let go. Also, these decisions will not only affect the lives of the accused, but Jane’s as well, leading into varying story branches.

Your Decisions Directly Affect Your “Evaluation”

The more perpetrators prosecuted, the higher your “Performance Level” will rise, earning you respect from the police. Also, depending on the laws applicable to each respective case, your will receive a score, which will affect the police department to which you belong as well as Jane’s evaluation. However, the decision whether or not to prosecute will be made by the prosecutor, based on the documents you submit. Even when the prosecutor decides to indict, there are times when the court will reach a verdict of not guilty. When these decisions fail to match up, causing your “Precise Legal Execution Level” (i.e.: how you are viewed by the court / prosecutor) to drop.

The most amazing part of the game is the way the story unfolds among the unique and intricately interwoven systems described above. Once all the mysteries of the game have been solved, the story’s various plotlines perfectly converge into one, bringing with it an unexpected twist. It’s also composed in a way that will definitely strike a chord with hardcore fans of social mystery and suspense. What is the “dungeon”? What exactly is a “true criminal” in the context of Legal Dungeon? When it’s all over, you too will feel what developer Somi felt—be it “prayer” or “pain.”