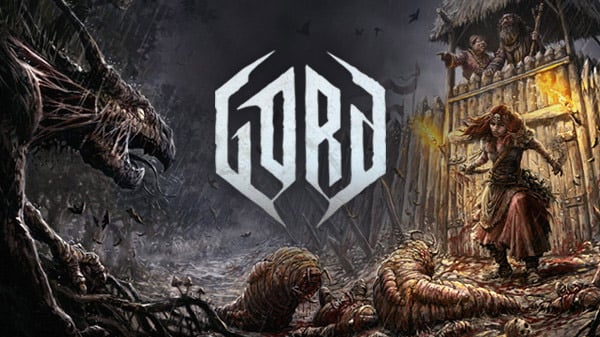 Covenant.dev—a Polish game developer founded by Stan Just, who previously worked on the Two Worlds and Anomaly series, as well as The Witcher 3: Wild Hunt—has announced Gord, a single-player adventure strategy game featuring developing societies, forbidden lands, and mythical creatures. It will launch for PC via Steam in 2022.

Lead the people of the Tribe of the Dawn as they venture deep into forbidden lands. Complete quests that shape their personalities, impact their wellbeing, and decide the fate of their community. Ensure the survival of your populace in a grim fantasy world inspired by Slavic folklore.

A Unique City-Builder with Survival Elements

Erect palisades, develop structures, and grow your gord from a humble settlement to a formidable fortress. However, expansion won’t be easy! Your population is constantly at risk from enemy tribes, gruesome monsters, and mysterious powers that lurk in the surrounding woods.

Venture outside the walls of your settlement with Gord‘s AI-driven quest system, ensuring a huge variety of challenges to take on. The Scenario’s main objectives will guide your gameplay, while versatile side quests and random encounters will send you off into the wilderness to hunt down legendary creatures, uncover secrets about the Ancients, or vanquish a nasty scourge. Expect the unexpected.

Set the stage by choosing from a wide range of Scenario options, and try to emerge victorious. Take it easy or set an impossible challenge; almost anything can be adjusted! Choose from a variety of primary objectives, select the level size, the intensity of raids, the environment you’ll play in, the types of enemies you’ll face, starting resources, and even the severity of weather. Of course, don’t forget the Horrors.

A healthy populace is the key to survival in Gord. Every aspect of your settlers’ lives—from illness and hunger to the death of their kin—can impact each subject’s Sanity and Burden levels. Keep a close eye on them, as once they reach a critical point your subject will suffer from a breakdown or even flee your rule.

Please the Gods with your prayers and they may give you access to their spellcasting abilities. Incantations vary in nature—some are offensive while others are defensive—but they all help to tip the battlefield in your favor. Conceal areas from your enemies, gain control over threatening beasts, or turn an unholy rage against all who dare to oppose you.

Uncover the World’s Mysteries in The Chronicle

The Chronicle explains the history of the Gord universe that blends real-world Slavic mythology with dark fantasy. Pages torn from The Chronicle will be scattered throughout the game’s landscapes, giving dedicated players an additional challenge of discovery. Collecting as many pages as possible will provide insight into the origins of the Gods, ancient factions, and the mystical Whisperers.