More Neptunia characters due out in the coming months. 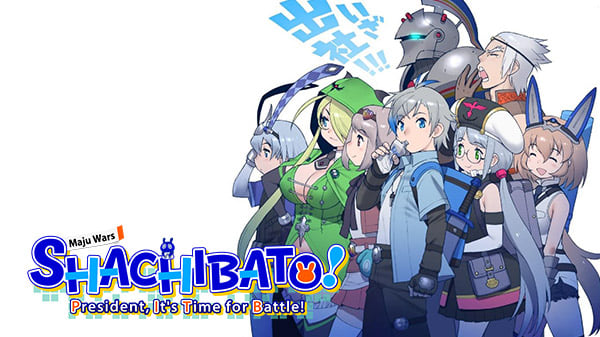 Turn-based, roguelike fantasy strategy RPG Shachibato! President, It’s Time For Battle! Maju Wars will launch for PC via Steam on March 30 at 5:00 p.m. PT / 8:00 p.m. ET for $19.99, developer Preapp Partners announced. It will be available at a 10 percent-off discount for the first week. Supported languages include English, Japanese, and Simplified Chinese.

An all-new Japanese strategy RPG based off Shachibato! President, It’s Time for Battle!

Jump into battle with up to five teammates at once, featuring a 3D anime style and full 3D backgrounds!

As the president of a modern-day adventuring company, hire and train new warriors to send out and conquer dungeons in a unique and innovative character development system!

You’ll take control of our hero, a young entrepreneur who’s in charge of an adventuring company. One day, as you’re out shopping for some new adventuring gear, a massive earthquake rumbles throughout the city. Upon stepping outside, you notice that right where your company office once stood, a mysterious portal has appeared! Now you must delve into the dangerous business of dungeon exploration in order to rescue your employees and restore your business!

*Additional downloadable content like new playable characters and story chapters will become available as they are completed.