Adopt and explore the universe alongside an alien creature. 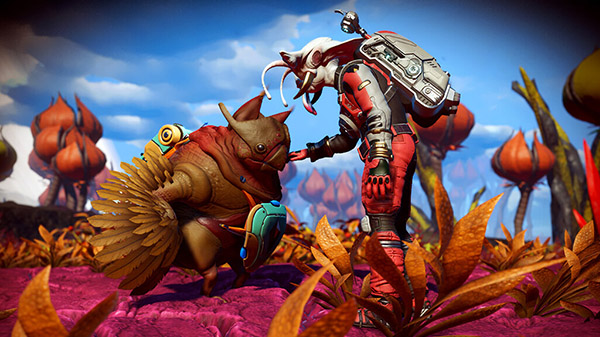 Hello Games has released the “Companions” update for No Man’s Sky, which adds the ability to adopt and explore the universe alongside an alien creature, and more.

Adopt an alien creature and explore the universe side-by-side in the Companions update! Take care of your new friend as they find hidden resources and protect you from hostile aliens, or genetically modify their eggs and breed unique, never-before-seen creations!

No Man’s Sky is available now for PlayStation 5, Xbox Series, PlayStation 4, Xbox One, and PC via Steam and the Microsoft Store.