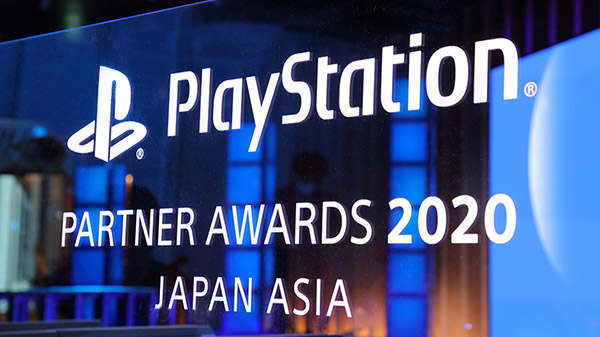 The awards show, which is held annually, recognizes the PlayStation versions of hit titles sold across the Japan and Asia regions.

Get the winners below.

Titles developed in the Japan / Asia region in conjunction with Sony Interactive Entertainment Worldwide Studios that have amassed the highest worldwide sales* from October 2019 to September 2020.

Watch the archived version of the PlayStation Partner Awards 2020 Japan Asia below, followed by transcribed comments from all the winners.

“Thank you for the honor of receiving this wonderful award. I never dreamed I’d work on Dragon Ball, which I have loved since I was a child or be in the gaming industry, which I also loved since I was a child and be able to stand on this stage like this. Naturally, it would have been impossible for a novice like myself to receive this award by myself. Thanks to the developer CyberConnect2, rights holders, overseas sales teams, the many people in our company involved, and most of all the players across the world who played it, this award has been made possible. I cannot express my appreciation for all of them enough. This game was constructed with a vast scale. There is also downloadable content that we are developing now. I apologize for the long wait, but I believe that Dragon Ball Z fans will be satisfied by the content and volume of this game. Please continue to support this game. Thank you for your time.”

“Thank you for honoring us with the Grand Award. As you stated before, this year marks the 25th anniversary of Winning Eleven. I’m really glad that we received this during such a momentous year. As you all know, we faced many difficulties this year. As Winning Eleven is a soccer game, we know the soccer industry really suffered the first half of the year. League tournaments around the world were either postponed or canceled. Since we produce and operate the game based on real soccer, we were also affected by this. We had to redo plans and other activities from scratch.

“So… It is thanks to the work of our staff that we were able to overcome those challenges. Not only the production team, but also sales, PR, and others were involved. You as well, Mr. [Jon] Kabira. It is thanks to you that we were able to win this Grand Award. Thank you. I also appreciate the dedicated support of all the fans out there. We hope to continue making fun soccer games for all the gamers and soccer fans across the world. Lastly, this is an advertisement, but the new eFootball PES 2021 Season Update has been released. In order to commemorate the 25th anniversary, it has been released for a special low price. I hope you all will purchase and enjoy this game. I hope that I can come here again next year with this new title. Thank you for your time.”

“We are very honored and happy to receive this wonderful award today. Black Desert is the first title by Pearl Abyss on PlayStation, so I think because of that, this award has a deep meaning. Since its release in August 2019, about 2.8 million users have enjoyed it, which is beyond anything we could have imagined. Thank you very much. On behalf of all Pearl Abyss staff, I promise to do my best to give back to the fans in Asia, Japan, and around the world with first class service. Also, please don’t just look forward to Black Desert, but also to new information on Crimson Desert, DokeV, and Plan8, which are all undergoing development. Thank you very much.”

“Hi everyone, I’m Yoshida, producer and director of Final Fantasy XIV. We are truly thrilled to have received the PlayStation Partner Award 2020. I’d like to thank all the ‘Warriors of Light’ who have supported us all over the world, and most of all, the development team, management team, PR team, QA team, and all those involved in Final Fantasy XIV. Not to forget the incredible support from Sony Interactive Entertainment throughout this long-term project. I would like to humbly thank you. Final Fantasy XIV is a game that has continued to evolve since its relaunch as A Realm Reborn in 2013, more than seven years ago. We have a huge announcement prepared for 2021, so please look forward to it, and thank you.”

“Thank you very much for giving us the Partner Award. Development proved to be difficult even from the planning phase. But we thought many would support us if we provided an enjoyable team battle game featuring realistic mobile suits. Despite the very tight schedule of adding a new robot every week, B.B. studios has worked hard to meet the deadlines. We’d also like to thank everyone involved, as well as everyone who has played the game. Starting from today, December 3, the ‘Winter Festival’ event will be held. So I hope that those who have not played will take the opportunity to check out this free-to-play game! We will continue to strive and do our best to be worthy of this award. Thank you very much!”

“I am Yasuda, the producer and director of Nioh 2. We are truly grateful for this prestigious award. This is all thanks to the many players who played Nioh 2. During Nioh 2‘s development, we were thinking about how to move forward from the original Nioh. Going with a character creation element proved to be a challenge, but after the release, we were very happy to receive many favorable receptions from all over the world. On December 17, the third downloadable content will be released. And February next year, Nioh 2 Remastered – Complete Edition will be released on PS5. For those who have not yet played Nioh 2, please take this opportunity to give it a try. We are very grateful for this award.”

“Thank you very much for this award. Persona 5 related contents have now received a PlayStation award for five consecutive years. This is a wonderful honor. As next year is the 25th anniversary of Persona series, we have many exciting plans which we hope you will all enjoy. Please continue to support the Persona series. Thank you for your time.”

“Thank you for presenting us the PlayStation Partner Award 2020 with this tremendous honor. I will share this award with the staff and use it as the motivation for our next project. I hope to make another fun game for you all to enjoy. Please continue to support the Persona series.”

“Thank you for the great honor of presenting us the PlayStation Partner Award. In terms of the music, we have been unable to hold Persona concerts due to the COVID-19 pandemic. But I’m looking forward to the day that the pandemic ends and I can perform the music of Persona 5 Royal for you all. Thank you for your time.”

“We’re thrilled to be receiving the Partner Award today. It’s been over 20 years since the release of the original Resident Evil 3. Many of the game’s original creators came back and were super excited to work on reimagining the classic with today’s technology. As you are aware, the coronavirus has made this year a difficult one. Our thanks goes out to our internal dev teams, our partners, and our PR and marketing teams throughout the world. And lastly, our thanks goes out to the gamers. You continue to challenge and drive us to make the best games possible. We hope you continue to play the Resident Evil games, and look forward to Resident Evil Village. You’re going to be scared.”

“Thank you for awarding us with this Partner Award at the PlayStation Awards. We took on many challenges in this title. We were really worried how the fans would react to it. When I first heard that we won this award, I truly felt relieved from the bottom of my heart. But I know this is thanks to all of the fans. As long as we are making titles in the Yakuza series, we will continue to take on new challenges. I hope we can make titles that fans can enjoy even more and receive this wonderful award again. We will keep working hard. Please continue to support us.”

“I’m Chad Grenier, game director on Apex Legends, and on behalf on the entire Apex team, we’re thrilled to be accepting the PlayStation Special Award 2020. Looking back, this year has been challenging, but we’re very proud of what we’ve accomplished, and this award means a lot to us. Thanks for all the support from all of our fans in Japan. We love you and can’t wait to show you more exciting game updates in the coming months. See you in the Apex Arena.”

“The PlayStation Partner Awards 2020 Special Award is a great honor to receive. Death Stranding was a very important title as the first release from Kojima Production. I am really glad to see that this title was appreciated by people. To all involved in making Death Stranding, from the actors, artists, and musicians, to our staff, their families, and everyone at Sony Interactive Entertainment Guerrilla, as well as anyone else involved, and the fans who supported it, I wish to show my appreciation. Please continue to support us as we work on new projects. Thank you for your time.”