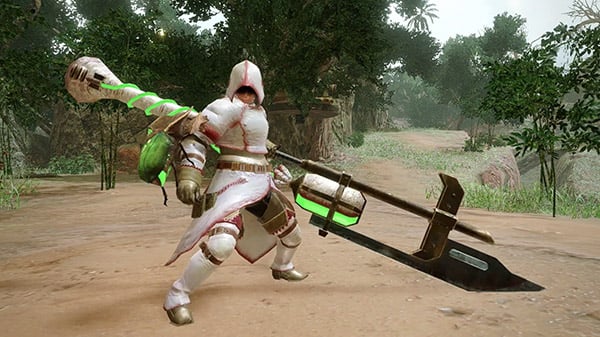 Capcom has released a new set of trailers for Monster Hunter Rise introducing the Gunlance and Insect Glaive weapons.

Here is an overview of each weapon, via Capcom:

Unflinching, explosive artillery. The Gunlance brings together an impenetrable defense with high-power ballistics. Stagger your prey with a bevy of bombardments and dish out massive damage with its signature Wyvern’s Fire attack.

“Guard Edge” is a silkbind attack that takes incoming attacks and restores your weapon’s sharpness, making it ready for retaliation.

Ace of airborne combat. The Insect Glaive excels at aerial hunting tactics with the combination of a nimble staff and a Kinsect that absorbs essences from monsters, converting them to buffs.

“Recall Kinsect” is a silkbind attack that calls back your Kinsect while dodging. As it returns, it will perform spinning attacks that scatter restorative extracts, healing the hunter and recovering all of its stamina.

Monster Hunter Rise is due out for Switch on March 26, 2021 worldwide. A limited-time demo is due out on January.