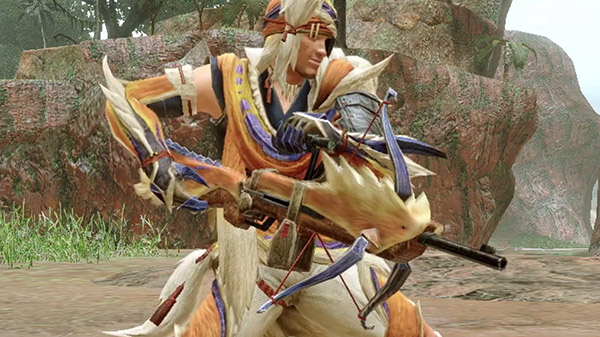 Capcom has released a new set of trailers for Monster Hunter Rise introducing the Heavy Bowgun and Light Bowgun weapons.

Here is an overview of each weapon, via Capcom:

Outstanding, overpowering ordnance. The Heavy Bowgun channels its weight into firepower, being able to load Wyvernheart or Wyvernsnipe ammo to cover any range or situation.

“Free Silkbind Glide” is a silkbind attack that allows for fast repositioning with multiple follow-up options.

Versatile combat at any range. The Light Bowgun excels at various roles, from rapid-fire barraging to inflicting status ailments, and supporting the hunting party.

“Fanning Vault” is a silkbind attack that vaults you into the air to rain down shots from above, reload, or even fire a Wyvernblast directly below.

Monster Hunter Rise is due out for Switch on March 26, 2021 worldwide. A limited-time demo is due out on January.