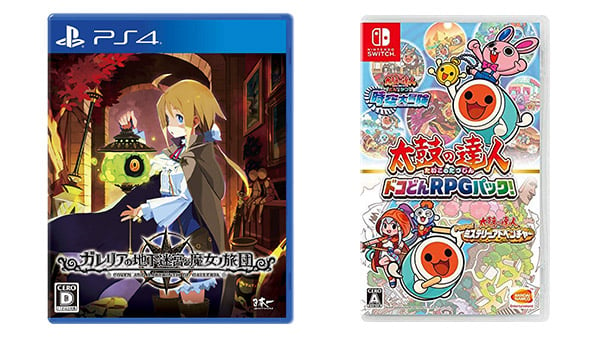 Labyrinth of Galleria: Coven of Dusk for PlayStation 4 and PS Vita, and Taiko no Tatsujin: Rhythmic Adventure Pack for Switch are the highlights of this week’s Japanese video game releases.

A follow-up to Labyrinth of Refrain: Coven of Dusk, Labyrinth of Galleria: Coven of Dusk is a dungeon RPG that tasks players with commanding a brigade of “puppet soldiers” to explore an underground labyrinth in search of mysterious art pieces known as “strange objects.” The game features a new cast of characters central to the story, as well as a mix of new and returning puppet soldier classes known as “facets.” Read more about the game here and here.