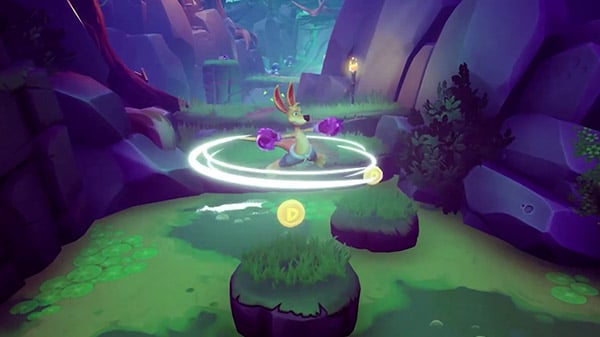 Tate Multimedia has released a 13-second sneak peek gameplay video of the new Kao the Kangaroo game coming to PC via Steam in 2021.

Kao the Kangaroo is back! The bravest kangaroo is ready to pick up his boxing gloves and K.O. his way through this epic journey.

This time the Kao has to find his missing sister and solve the mystery of what happened to his long-gone father. He will need to travel the world and confront the famous fighting masters, who are influenced by the mysterious, dark power. On the course of his journey, Kao will learn under the guidance of his master, Walt, how to become not only an awesome fighter but also a clever one who uses his head as much as his fists. Although he will need to fight lots of enemies along his way, he will also make new and strengthen old friendships. Finally, he will need to face his ultimate opponent—the mysterious Eternal Warrior, whose ambitions are a threat to the world balance. Will he succeed?

More is yet to come.

Sakuna: Of Rice and Ruin shipments and digital sales top 500,000 Previous post
Is It Wrong to Try to Shoot 'Em Up Girls in a Dungeon? now available for PS4, Switch, and PC in the west for free Next post