Featuring the track "Poetry of Cinder" sung by James Dorton. 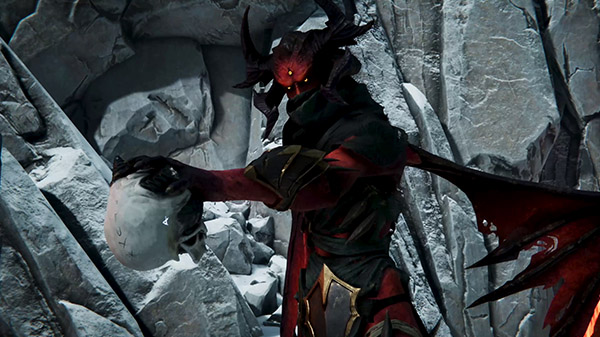 In addition to James Dorton, Metal: Hellsinger will feature vocals by metal icons such as Matt Heafy of Trivium, Mikael Stanne of Dark Tranquility, Bjorn Strid of Soilwork, and Alissa White-Gluz of Arch Enemy, as well as other artists to be announced.

Part human, part demon, and obsessed with vengeance. Become The Unknown, and fight through the fiercest domains of Hell. Destroy the demon hordes and their leaders to set yourself up for an epic showdown with The Red Judge herself.

Every legend has a song. And yours is one of metal, vengeance, and destruction.

Metal: Hellsinger is due out for PlayStation 5, Xbox Series, PlayStation 4, Xbox One, and PC via Steam in 2021.

Watch the gameplay music video below.